Interventional training: The pathway to success in the workplace 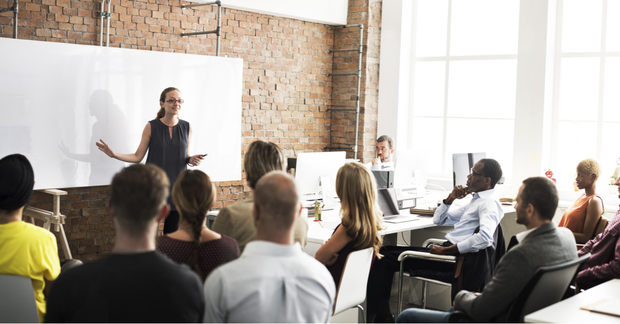 Ensuring that a business is running successfully is always one of the top agenda items for managers. The question is – what makes a team within a business successful?

People will do whatever it takes to be considered successful. They read self-help books, watch coaching videos and attend motivational events – all with the hope that they will learn the secret sauce of success.

Regardless of how one might define it, it is without question that the concept of success is entirely subjective.

For many individuals, success is defined by the amount of money that they have sitting in their bank account – the more zeros they have, the more ‘successful’ they feel.

For others, it’s how big their company is and at what rate they’re growing. The more countries they operate in and the more employees they hire – the more ‘successful’ they consider themselves to be.

Gauging success for a work environment is a little different. For a workplace to be considered successful, it will ultimately come down to the quality of the business’ culture – which is mainly driven by its managers and decision makers.

The quality of a work culture can be appraised by how well the team within the organisation operates together. The extent of teamwork, camaraderie and productivity that is felt throughout the business, determines how successful the business is.

The difference between a ‘team of superstars’ and a ‘superstar team’

The cohesiveness of a group can have a tremendous impact on the way things run. Let’s take an example from a popular type of group activity – a football game.

At first glance, football games aren’t the most complex of ordeals. The game is comprised of two teams who are competing against each other in an attempt to work the ball from one end of the field to the other, and through the goals. At the end of the game, the team with the most goals wins. Simple enough, no?

Well, it might sound simple, but the process of working the ball through the field while trying to fend off competition requires an entire team of players to play their respective roles well. If the goalkeeper doesn’t communicate with the defenders properly, or if the forwards fail to work cohesively with the midfielders, the opposition will win – every single time.

While attributes like athleticism, precision, strength and fitness are all important qualities that each player should have in order to be competitive, in isolation – they are useless. The talents and skills of each team member are only effective if the group works together in a cohesive manner. A team of superstars is always a great thing to have, but it’s the ‘superstar teams’ that are more likely to march on to victory.

The same rules apply to teams within businesses. While hiring talented workers is obviously important, putting an emphasis on teamwork and positive communication is the glue that will keep the talent together. 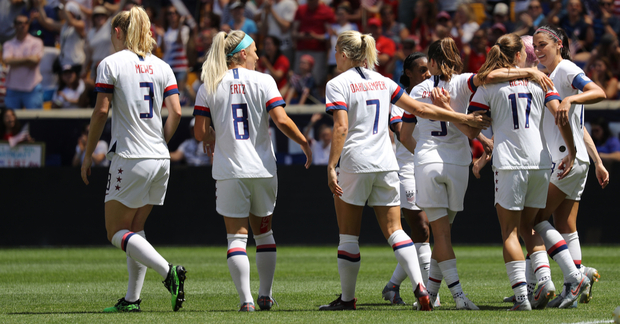 Continuing along with the football analogy (because everyone loves a good game of footy), there’s another important element of teamwork that managers need to be aware of.

For a team to achieve the right levels of communication and cohesiveness, they need to train all the time. If the team shows up to a game without having trained properly, it is almost impossible for them to work together in a productive and efficient manner. Their performance will be peppered with error and poor communication, most likely resulting in negative results.

On the other hand, after a solid week of training, the team are far more likely to arrive at the game with a feeling of comfort and strength – being well placed to put on a stellar performance.

In the workplace, this type of training is referred to as interventional training.

The idea behind this type of training is for management to offer ongoing opportunities for the team to train, build and grow together. The more training the group does, the better the results are likely to be.

So, the extent of teamwork and cohesiveness might be the measurement that determines the team’s success – but the road to achieving that success is through interventional training.

Saying that the feeling of teamwork and cohesiveness within a group is what determines its success isn’t just a theoretical concept – it’s something that has been studied, tested and proven to be correct.

In fact, in the International Journal of Nursing Studies, there is an in-depth study into whether training people to work cohesively as a team has any practical ramifications on the quality of work that comes out of that group. 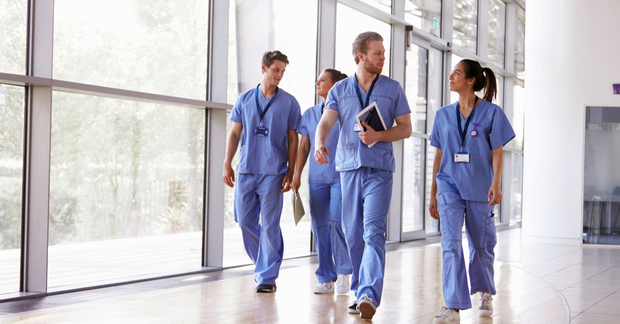 In order to find out the answer to this question, researches Francine Cheater, Hilary Hearnshaw, Richard Baker and Michael Keane took two groups made up of teams of medical professionals from mixed backgrounds and conducted a very interesting test.

Then, the researchers took the first group of medical professionals and put them through a six-month interventional training program. They called this group the “Intervention Group”.

The second group, the “Control Group”, continued their day to day jobs without any of the training that the Intervention Group was going through.

Half way through the six-month period, the researchers handed out the same questionnaire to both groups and asked them to complete it once again. Then, at the end of the six-month program, they were all asked to fill it out again, and then once more four months later.

What the researchers were essentially trying to learn was whether the responses to the questionnaire improved as a result of the interventional training, or if on-the-job experience would improve the responses just as much.

At the conclusion of the study, the results that the researchers observed were staggering. 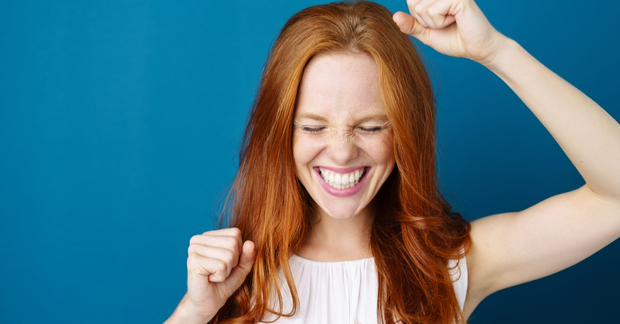 On a more granular level, there were two notable areas of growth that the people within the Intervention Group experienced.

The first one related to the improvement that nurses within the group experienced. Before the interventional training program started, one of the common responses that nurses between both groups gave to the question about their ability to collaborate with others was that they had trouble collaborating because of how intimidated they felt by the doctors they worked with.

However, the results of this study showed that at each interval where the questionnaire was revisited, the nurses in the Intervention Group were gradually changing their responses and saying that they starting to feel more comfortable speaking up in front of the doctors.

On the flip-side, no such confidence was seen from the nurses within the Control Group. Before, during and after the program period, the intimidation they experienced had virtually stayed the same.

The second notable area of growth was seen from the groups’ responses to questions about their level of industry knowledge.

At the conclusion of the program, the teams within the Intervention Group expressed (via the questionnaire) that their industry knowledge had significantly increased throughout the course of the program. The Control Group, on the other hand, didn’t seem to have changed all that much in that regard.

As a result, the researchers concluded that the benefits of such an exercise far surpassed the obvious perks of increased group cohesiveness and team productivity. They found that through trained collaboration, the knowledge, expertise and self-confidence of all parties involved increased drastically.

If you’re managing a team and you find that there is something going on that is causing the team to fall behind, the chances are that you aren’t training them to work as a team. If you can manage to keep your finger on the pulse of your team’s methods of collaboration, all you need to do is intervene, and the statistics clearly show that you’re almost guaranteed to achieve increasingly positive outcomes. 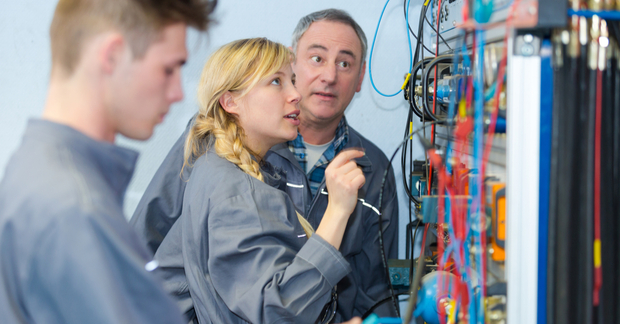 In a meta-analysis literature review that was conducted in 2017 and published by Plos One Journal, a group of Canadian researchers looked into the effectiveness of interventional teamwork training. As part of their review, they analysed an extensive set of academic research studies that talked about whether this type of training works, what its benefits were and how it was best delivered. In fact, they even included the study from the International Journal of Nursing Studies!

One of the topics covered in the discussion section of this research paper was the types of interventional training methods that managers should use in order to increase their team’s collaboration tactics.

Of all the different methods of training listed, the researchers explained that the three most effective types of programs were administered in the form of “workshops, simulation training, and review-type activities conducted in situ.”

The authors of the paper also said that within these methods of training, managers who use experimental activities as part of their training programs were far more likely to achieve greater levels of teamwork and group cohesiveness.

Make the training about the team – not about you (the manager) 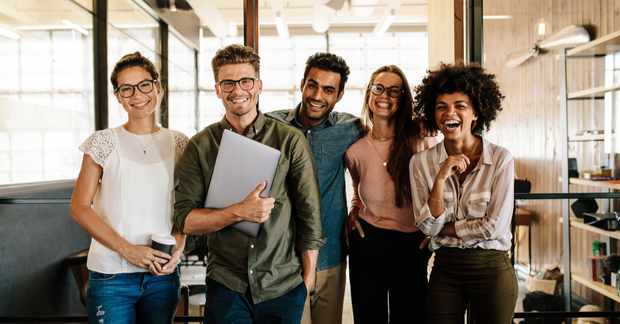 Success for people and culture groups is measured by the amount and quality of interventional training made available to the team.

When discussing quality of training, the most important element of the delivery needs to be the emphasis on what it is that the people within the group are looking for assistance with.

In the study with the two groups of medical professionals that we discussed earlier; the researchers developed the interventional training program by first asking the people within the group what areas they wanted to focus on. It was based on these requests that the training agenda was created – and the results spoke for themselves.

If a manager is looking to instil the values of collaboration within their team, they need to move away from looking at their group as ‘human resources’ that get paid to complete tasks and start viewing them as people working within a culture that generates successful outcomes.

Gone are the days where HR managers make their decisions based on background and experience. Piecing together an all-star group involves an emphasis on merit-based criteria that focuses on areas that require training in order to be nurtured.

To sum it all up

A team is only as good as its weakest member. But, if the management of a group of people focuses on teamwork and collaboration – every team member will be viewed as an equal contributor to the common goal.

The pathway to achieving this success amongst the people within your team is through ongoing training. Delivering workshops and simulation training in areas that your team needs assistance with is a model of training that works ­– and the statistics back that up.

If the team manager is ready to approach interventional training in an open-minded, adaptable and genuine way, the concept of a ‘weak team member’ will no longer be relevant. Each team member will be as strong as the next one.

Through this type of training, the team will experience tremendous success – not only from a teamwork standpoint, but also from a personal growth perspective. The nurse’s self-confidence will grow, the goal kicker’s precision will improve, and the subjective term of ‘success’ will take on an entirely new meaning.