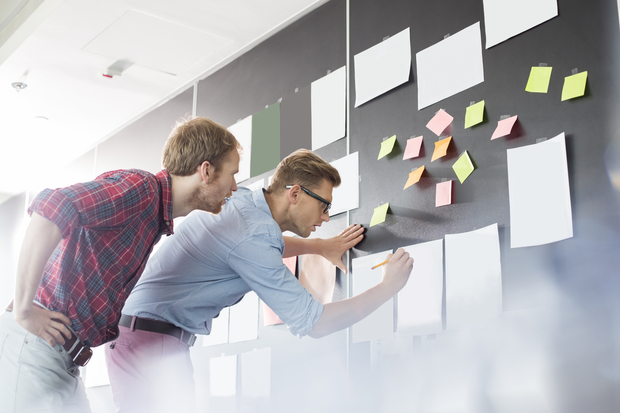 Surveys are one of the most under-utilised tools of our time for receiving employee feedback. If you’re looking to learn more about your employees but are having trouble getting them to fill out your surveys, here are three benefits that they might not be aware of and would be worthwhile sharing with them.

People are always being asked to leave feedback notes, provide reviews and complete surveys in today’s consumer economy. If you buy something online, you can almost always expect to see an email in your inbox asking for feedback from the supplier as well as the courier company, and the moment you check out of a hotel, there’s an email or text message requesting your feedback.

When these suppliers ask for feedback, as annoying as it might be, their intentions for doing so are (at least most of the time) to learn about what they’re doing right, what needs improvement and where they’ve missed the mark completely.

But, with the rise of consumerism and easy access to email addresses and contact details, the more surveys people receive the more weight they start to carry. Now, most people experience survey-fatigue when they get asked for feedback and either complete the survey incorrectly or ignore it altogether.

Unfortunately, survey-fatigue has spread into offices around the world. It often causes employees to disregard their employers’ request for feedback.

Just like all of those suppliers though, employee surveys and feedback forms are one of the only ways for employers to find out whether their staff are feeling content and fulfilled when they’re in the office.

So, if you’re experiencing survey pushback from your staff, here are three encouraging messages that you can pass on to them that are likely to help them put their survey-fatigue aside when you ask them for feedback and encourage them to answer the forms honestly.

1. Educate them about the quality of data that employee surveys can produce

A big reason as to why employees tend to roll their eyes at surveys is because they have been led to feel that providing feedback never actually achieves anything.

From the employee’s perspective, they’ve probably filled out countless surveys and feedback forms and never seen anything materialise from those from doing so. After a while of filling out these surveys, they’ve probably lost hope in the whole concept and simply don’t believe providing feedback helps.

Contrary to what the employee might think though, employee surveys have actually proven to be the most effective way for managers to receive accurate feedback.

In fact, there’s evidence to say that surveys are even more effective than some of the high tech (think AI and predictive analytics) that some of the bigger companies have been using of late.

In article published by the Harvard Business Review (HBR) in 2018, authors Judd, O’Rourke and Grant write that based on their experience working in Facebook’s HR department, “simply asking” questions to employees is “more than twice as accurate” than “machine-learning forecasts by an industry leader in predictive analytics”.

If you can educate your employees about the value of employee feedback surveys and explain to them that filling out a such a form accurately will provide high quality data and in turn help improve workplace policies and procedures, they are far more likely to take your surveys seriously.

And, if the employee wants proof that what you’re saying is true – you are now well-armed with a great example from the HBR.

2. Remind them that if they don’t ask, they won’t get

A lot of the time, the only way for an employee to get something that they want is to simply ask for it – and filling out a feedback survey is a great a way to relay that request.

So, if you’re looking for ways to encourage employees to fill out surveys honestly and properly, reminding them that the survey is an opportunity for them to ask for the things that they feel are missing from the workplace can turn out to be quite encouraging.

3. Explain the role their feedback plays in the context of everyone else’s

Even if feedback surveys are better than predictive algorithms and provide an opportunity for employees to share their wants and needs with their employers, in order for them to reach their full value, the surveys need to tell an entire story when pulled together – not just part of one.

When managers receive an accurate picture of how their employees feel about the workplace environment, it allows them to make changes to the workplace in ways that ensure everyone’s needs are considered fairly.

If a handful of employees decide not to treat the feedback surveys seriously enough or choose not to contribute at all, they lessen the value and accuracy of the feedback received from everyone else in the organisation.

Explaining to an employee that their contribution and input could be the one missing piece of the entire puzzle is great way of showing them the power their feedback holds and subsequently encouraging (or even inspiring) them to complete feedback surveys sincerely and without reluctance.

Ultimately, you can’t really blame an employee for turning their noses up at the idea of filling out an employee feedback survey. Holding down a job, managing personal affairs and maintaining social relationships can take its toll on people, and when a random and seemingly unnecessary feedback questionnaire is put in front of them, it’s probably going to be the last thing they want to do.

But, if you can relay these three useful benefits that they stand to gain from pushing ahead and completing such a survey, they will hopefully take a less harsh stance against employee feedback surveys and complete them to the best of their ability.