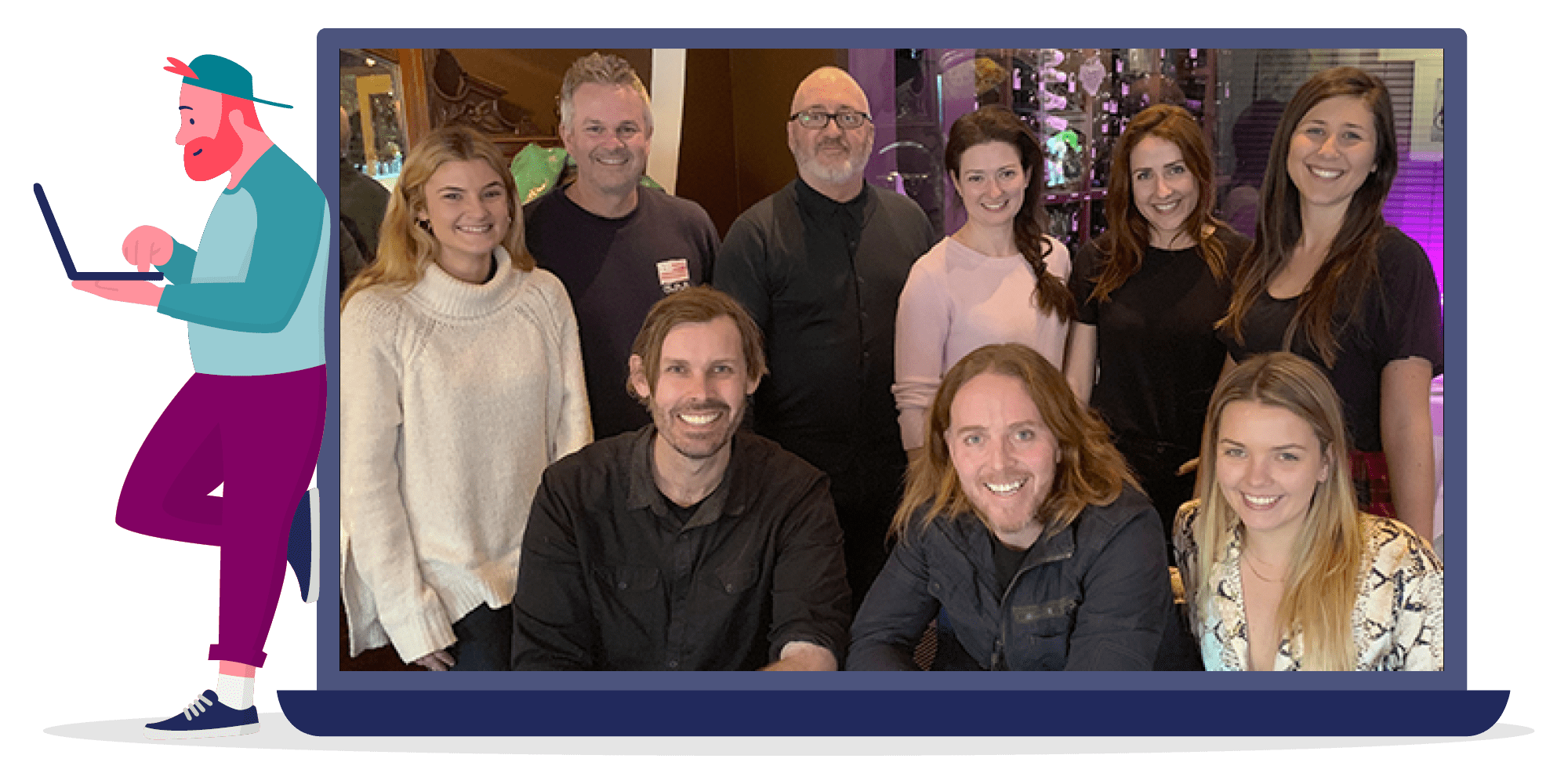 "The ability for the entire team to see this kudos being passed around further enhances all of our understanding of the totality of the business rather than a specific function that you're just focusing on and that is quite powerful."

BMG Australia is an end-to-end music solution for songwriters and recording artists. With headquarters in Berlin, the Sydney office is a 700 square meter loft with a full service recording studio and two high end music production suits.

Heath Johns, Managing Director for Australia and New Zealand, says BMG’s global values are Service, Transparency, and Fairness, and describes the Australian team as young, vibrant, and diverse. Prior to COVID-19, BMG Australia offered a range of perks, including office yoga and massages, alongside the natural upside to working for a music company such as regular concert tickets, subscriptions to Spotify, Apple Music, and Youtube Music, and working alongside incredible artists and musicians.

Within 15 months of launch

While the team tried out a variety of perks, they found that not everyone was able to equally take advantage of what was being offered; if an employee worked late at a gig the night before, they couldn’t make a 7AM yoga session.

“For me that was where the appeal of Perkbox came in; that it was an integrated online platform that could be personalised. People are able to choose their own adventure within the Perkbox app and it allowed us to give every employee at BMG a perk that could be tailored to their own interests. We found that quite hard to do before because whatever you did it was very hard to get 100% engagement on something.”

The team has embraced Perkbox wholeheartedly. During COVID-19 when they were working from home, the need for digital perks increased, and it became a talking point during check ins and meetings.

“For us Perks isn't necessarily a replacement for the existing perks that we have on offer within the BMG Australia workplace, but it was very much in addition to the things that we were already doing. I can confidently say that it's certainly been the most widely used and widely celebrated perk that we've integrated into our way of work.”

BMG Australia have used the polls feature in Perkbox Recognition to connect in a personalised way that reflects their culture. “The polls are fun because we customise them to suit BMG and the team really appreciated that. It was just that little bit of extra recognition for things like staying back late, and it’s nice to formalise our appreciation with a pizza or a voucher of some kind.”

“During lockdown the polls were super helpful because one of the challenges during the work from home period was that there was a lot of the smaller teams working very closely with each other, but there weren't too many opportunities to engage the broader team.”

The team has been able to get creative with the polls and links them back to the music industry. One example was a poll titled “The Pharrell Award”, where employees nominated a peer who was the best collaborator, named after Pharrell Williams. “Perkbox gave us a wonderful platform to unite the entire office and do it in a fun creative way.”

“Without Perkbox, it would have been challenging to engage the team during the work from home period, but it certainly helped us close that gap, a little bit between the office experience and the online experience.”

“Perkbox isn't necessarily our only source of giving people a little token of our appreciation, but what we found is that Perkbox is a great way to gather people and a good way to get people motivated and excited is to have some sort of prize or reward attached.”

In addition to the polls within Recognition, BMG Australia regularly use the rewards catalogue to motivate and excite their team. But it’s not all about the rewards, as employees are actively recognising each other even when there isn’t an incentive.

“I found there were certain interactions between departments or colleagues that I wouldn't have necessarily been aware of, but I was able to read the recognitions that say this person helped that person. The ability for the entire team to see this kudos being passed around further enhances all of our understanding of the totality of the business rather than a specific function that you're just focusing on and that is quite powerful.”

BMG Australia is in a unique position as they’re the first office in the wider company to return to working in an office. “For us the future is about balancing, how do we safely reintegrate more of the physical office based perks of which we have many, many ideas?”

“Perkbox is a wonderful way to ensure we demonstrate to the team how valued they are. It’s a relationship that we can see continuing for a really long time.”