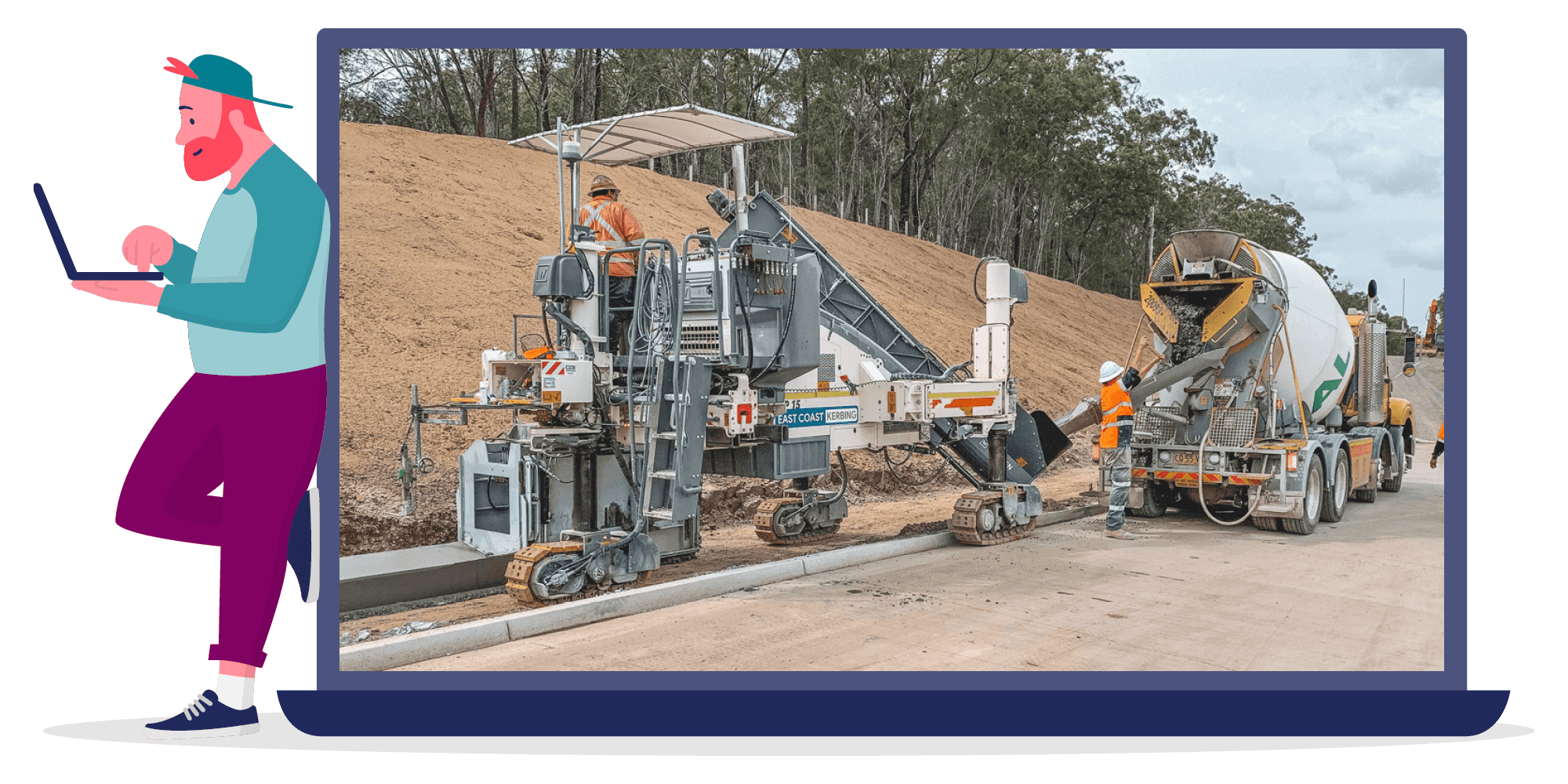 "Perkbox allowed us to give the power of recognition to the employees."

East Coast Kerbing started off as a small family-run business specialising in laying kerbs and has developed into one of the biggest commercial kerbing businesses in Australia. East Coast Kerbing work all over the state of Queensland, and have a mixture of on-site and office based employees.

Within two months of launch

East Coast Kerbing had an existing incentive program that was starting to be taken for granted by employees, and was no longer providing motivation to employees to go above and beyond.

“We were rewarding all employees with a performance bonus as part of their weekly pay package. It became expected and no longer provided that extrinsic motivation to go above and beyond. That's why we started looking to find a more effective use of the budget to drive performance,” says Human Resources Manager Sam Smart.

Another challenge was the demographics of employees. With some office based, and most based purely on-site, every employee needed to be able to easily access Perkbox.

As expected, not everyone was happy about the previous performance incentive being taken away and replaced with something new. However, East Coast Kerbing was able to take this budget and turn it into something that started driving real performance once again.

“With us taking away their weekly performance bonus, some of the guys weren't too happy because it was unfamiliar, they were losing a bit of money off their paycheck each week. But that gave us the budget to reward the specific employees who were performing above and beyond. These particular employees are receiving more than they were previously.” says Sam.

East Coast Kerbing’s incredible early results didn’t happen by accident. The leadership team built momentum strategically, sending rewards for getting involved with the platform in addition to high performance, leading to the high activation rate and positive sentiment amongst staff.

Sam says they’ve started keeping a database of which rewards are most appreciated by which employees, “it's important for us that if we're giving them rewards, it's stuff that actually helps them. For a lot that means BWS or Woolworths — as long as it helps them reduce their bills.”

By shuffling around the budget they were spending on the old incentive program, East Coast Kerbing were able to allocate a portion of it to their office staff as well. “We have [a poll] for the office, which is fantastic because, beforehand, we didn't have anything.”

Although the team already felt like they had a positive company culture, Sam says he thinks the office culture has improved thanks to polls and recognitions making all areas of the business more visible.

“We [in the office] feel a bit more involved because we can see the comments and we can see the polls. The office staff and the site staff have connected more since the introduction of Perkbox. It is really, really, really effective in any office environment. Everyone in the office really gets around it, we have 100% [poll] voting rates, we leave nice comments for each other.”

The on-site staff at East Coast Kerbing don’t often have access to a desktop or laptop while at work, so they are limited to the use of their personal mobile devices for accessing Perkbox. This was a key factor in East Coast Kerbing’s decision to sign up to Perkbox, “Perkbox seemed the most user friendly. We have a lot of guys on-site and obviously we don't have time to put them in training to use software.”

The Perkbox app has made it a breeze for all employees to access, no matter which location they’re in. The app has the full functionality of the web version, so no one feels left out.

Giving power back to the employees

Polls, a feature from the Recognition product, is a stand out for the team at East Coast Kerbing.

“Polls aren't specifically about performance when it comes to laying kerbs, they could be teamwork, communication, or attention to detail,” adds Sam. The spread of themes in polls means employees are being given the chance to stand out for their technical performance as well as behaviours that contribute to the culture of the team.

Since the office is physically removed from the on-site employees, the polls also give front line employees the opportunity to put forward their colleagues for contributions that might ordinarily go unnoticed, “Perkbox allowed us to give the power of recognition to the employees.”

Giving power back to the employees

When asked about what’s on the horizon for the company, Sam says after an aggressive 18 months of growth, they’re looking to pause and stabilise before re-assessing.

Never the type to sit still, East Coast Kerbing is taking this time to ensure Perkbox is deeply ingrained in the business and the employees’ daily habits. This will mean any future hires are also likely to pick up Perkbox much more quickly and keep their engagement high on the platform.