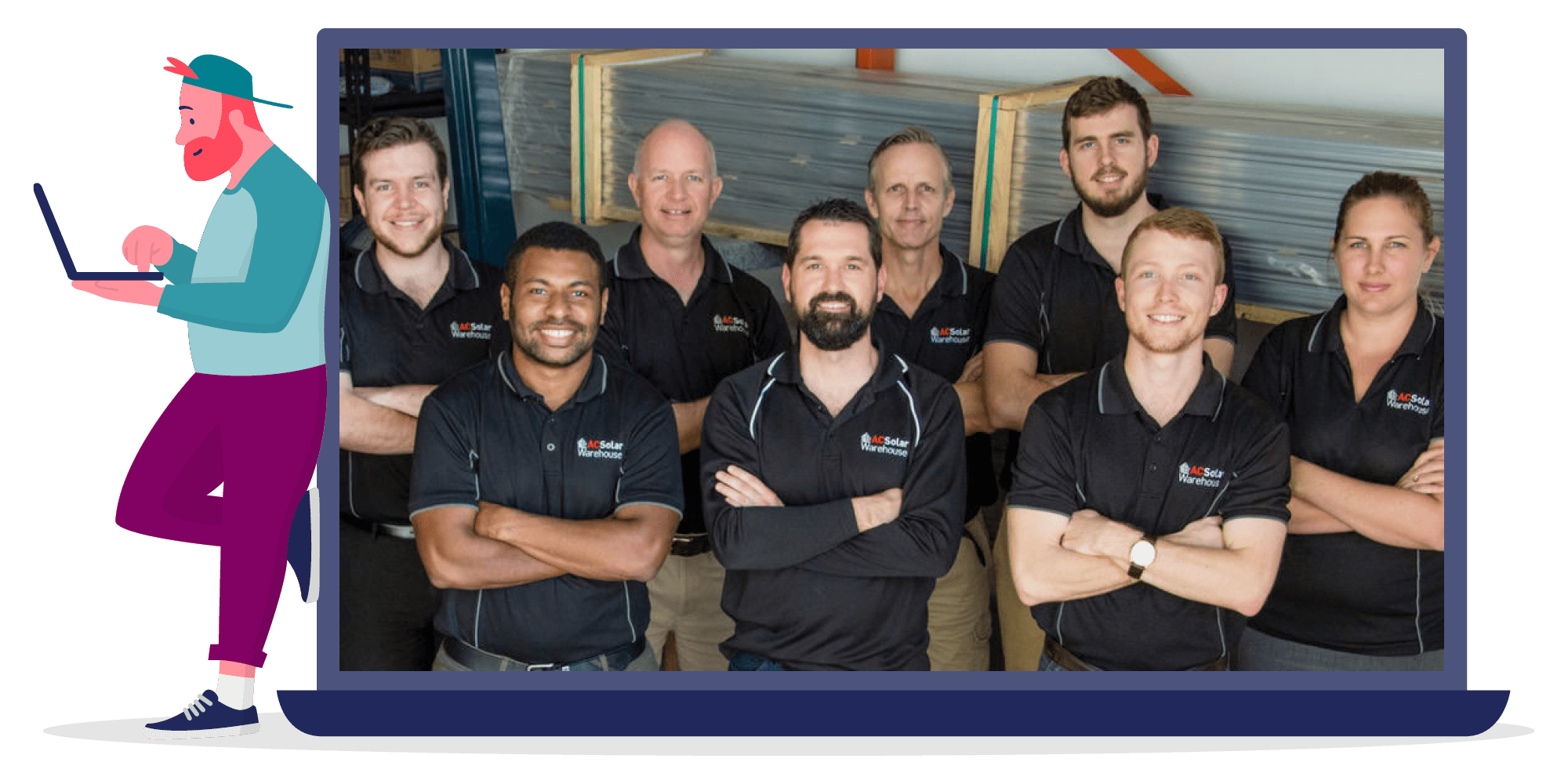 "I made it really clear when we launched it that this is not just a way for management just to be patting people on the back. this is actually a way for people within the organisation to recognise each other, and thats the way its been adopted."

AC Solar is a B2B solar wholesale business with a team that is split between office and warehouse staff in almost every state, as well as New Zealand.

Achieved within six weeks of launch

With a team spread across multiple locations, a platform that ensured everyone feels connected was something that he saw as a worthy investment.

“We have ways of trying to stay in touch but we only really get face to face, everybody in a room, three or four times a year,” says Grant, “we have a really positive culture, but [when it comes to recognition] it’s been informal.”

Despite having only  launched Perkbox six weeks ago, there’s been impressive uptake by the AC Solar Warehouse team.

Looking after the team

Grant ensured a successful launch by drip-feeding information about “something really exciting that was going to be happening in the business” to the team. In fact, he says he felt nervous that he hyped it up too much! With perfect timing that coincided with the whole team getting together, face to face, Grant launched the platform to his team and saw immediate success.

The team was initially most excited about the Perks on offer, and were quick to rack up 56 redemptions in the first six weeks!

“I made it really clear when we launched it that this is not just a way for management to be patting people on the back. This is actually a way for people within the organisation to recognise each other, and that’s the way it’s been adopted.”

While AC Solar was regular in their verbal shout outs and pats on the back, “it’s a bit different when someone puts it in writing for the whole business to see.”

This is exactly how an employee felt after she was recognised within the first few days. “She said she’s always felt appreciated and we always say to her that she’s done a great job, but the fact that it’s put in writing and it was there for everybody in the business to see, she immediately identified that as a different emotional response compared to me just giving her a pat on the back, and I thought that was interesting.”

Acting in a crisis

“When that [coronavirus] first happened, we put our implementation and management plan in place and figured out what our responsibilities were going to be and how we were going to manage the organisation through that period.”

Grant started researching what he could do to help his team during coronavirus and over-communicating was a common theme, even if he didn’t have more information than his employees did.  Grant also used resources sent to him by his Perkbox Success Manager to understand what he as a business leader could do.

“I received some comments from people saying that they really appreciate the level of communication that we've been able to provide during that period.”

AC Solar has seen great results in such a short amount of time, and Grant “wasn't surprised. Whenever you start something new like this, you never quite know what the uptake is going to be so we've been happy with it.”

"I made it really clear when we launched it that this is not just a way for management just to be patting people on the back. this is actually a way for people within the organisation to recognise each other, and thats the way it's been adopted."