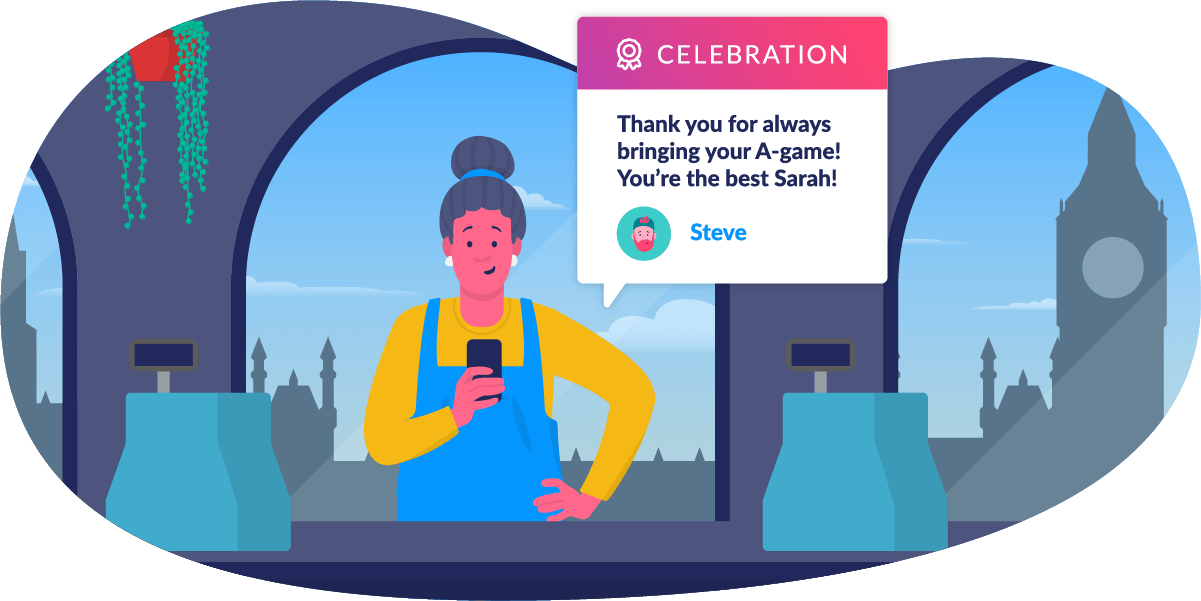 "Imagine if we didn't have Perkbox and we just left it to the managers to reward their team…There would be a lot of inconsistencies and I like the consistency that Perkbox gives us."

Penrith City Automotive is a car dealership made up of three franchises. They have a strong vision to be the main automotive dealer of choice for their community. In the words of Guest Experience and Standards Manager, Tracey Graham:

“If they want to buy a car, service a car, we want them to come to us.”

have received peer-to-peer recognition in the last 6 months

have sent peer-to-peer recognition in the last 6 months

Known for being a tight-knit organisation, rewarding employees — both for good work and as part of their overall package — is important to Penrith. However, for a long time they didn’t have anything formal in place, which is why they were on the lookout for a specialist platform.

“Before Perkbox, if a manager decided to reward somebody, they might just pay for lunch. But not everybody takes the time to eat during the day…or there’s restrictions on what they can eat based on their religion or their health requirements. So we were looking for something a little bit different than just shouting lunch. And that’s when we discovered Perkbox."

The right rewards at the right time

Flexi points: Employees receive a monthly allocation of points, which they can spend on a range of Flexi Perks.

Reward points: This is a world-first, location-agnostic currency — managers simply send their team members these points as and when they want, and the employee can choose their own reward.

Penrith immediately saw the impact the monthly Flexi points were having on their employees, allowing them to save money — something especially important at a time of rising prices. Amazon has been a highly popular brand, but Tracey has received feedback on other categories too.

“I have had a heap of people say ‘I just went to the movies on the weekend and I used Perkbox, and it saved me $30-40 on entry.’ It’s something as little as that that makes a big difference.”

Meanwhile, the Reward points have “streamlined rewards for the business.” By simplifying the budgeting process, any inconsistencies — previously a challenge at Penrith — can be eliminated. Tracey adds:

“It’s been able to level that out for us. Imagine if we didn't have Perkbox and we just left it to the managers to reward their team…There would be a lot of inconsistencies and I like the consistency that Perkbox gives us.”

In addition to tangible rewards, Perkbox has a huge impact on something intangible — company culture.

Celebration hub is an engaging and easy to use tool that allows company-wide recognition, for work and personal milestones. Over 70% of the business participates in sending recognitions, and almost every employee has been recognised. Tracey has seen it become a regular part of Penrith’s culture.

“Celebration hub has been the best for us. We adopted it and started using it for birthdays and work anniversaries in the very beginning … and now just about anything somebody does gets a mention! If they go just that little bit above and beyond, or they help somebody out, [employees] are happy to just post it on Celebration hub.”

“More than anything else, it shows that their hard work is being recognised.”

Celebration hub can also have a significant business impact by encouraging greater collaboration between teams. For an organisation like Penrith, which has people in three separate buildings, this has been invaluable.

“It’s actually made people more aware of the other parts of the business .. sometimes you get caught up in your little area and set teams. Sales might talk to Sales but they don’t necessarily talk to the technicians… but Celebration hub has helped them mesh together more, which is what we wanted.”

"Celebration hub has been the best for us. We adopted it and started using it for birthdays and work anniversaries in the very beginning … and now just about anything somebody does gets a mention!"