How to engage your employees: Shift workers 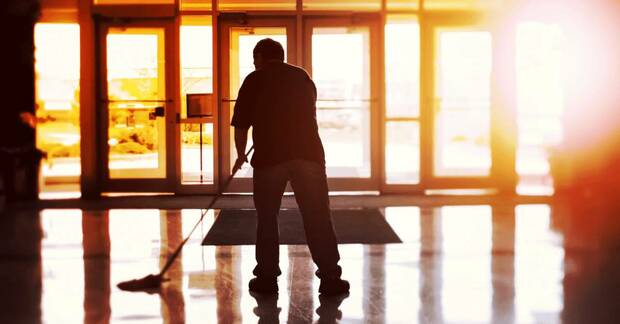 Organisations that operate using shift workers, namely healthcare, retail, hospitality, construction, childcare, logistics and so on, have unique challenges when it comes to engaging and communicating with their teams.

But the goal of having a highly engaged, collaborative, and productive workforce is always one worth pursuing. Having a team that’s close knit, cares for and supports each other, and a great culture are common byproducts from chasing that goal.

We spoke to Chloe Sesta Jacobs, Global Head of People Experience at Deputy, a workforce management software, and Claire Young, HR Manager at Sonder, an on-demand support network, to get their insights and expertise on shift based teams.

The challenges of shift worker teams

These challenges prevent shift workers from truly feeling like a coherent team, and from your organisation getting the most out of them.

While Chloe loves Slack and says the team at Deputy use it to communicate and create communities, it’s important to acknowledge “some people aren’t into Slack” and the best communication channel is the one your own team tells you they prefer. Eliminate that one-size-fits-all approach. Just ask your people what do they really prefer, what do they think is a great medium for communication, what are you not doing that could be really helpful?”

Communication is more important than ever in a post-covid world, and so getting your channel right is vital. But in reality your team is likely going to be split between a few preferences. “Making sure everyone gets the same message at the same time is really challenging,” says Claire, but it’s also important to make an effort and try to bring your people together for physical meetings where possible. “Whether it’s quarterly, monthly, or fortnightly, a combination of company updates and team building activities helps your team get to know each other, so they’re more engaged on a personal level, and by extension to the business.”

Chloe says “traditional communication channels like company newsletters, team meetings, and all hands are really important and have their place. We used to have quarterly all hands and we’ve increased them to once a month because communication is more important than ever.”

In addition to now holding monthly all hands meetings, the Deputy team are also doing live Q&A sessions to interact and connect with their teams.

As much as you might feel that you’ve conveyed everything you need to, staff members don’t have perfect memories, and can’t absorb every piece of information you give to them. For this reason it’s best to repeat your most important points across every channel several times each — Chloe says to remind yourself “when you think you’ve communicated enough, just do it one more time.”

Create a hub for all communication

To start addressing the communication in your organisation, start by thinking of what currently acts, or could act, as your ‘central hub’. This could be break rooms, a company newsletter, or something as informal as a WhatsApp or Facebook group.

Once you’ve identified this, work towards this becoming a standardised and well known ‘go-to’ amongst your employees.

Claire’s biggest tip for reaching out to team members who aren’t tech savvy or prefer not to be online is to pick up the phone and call them. “I’ve always found that picking up the phone and having a conversation with them always helps. Actively going out of your way to invite them to things like team meetings will build extra connections to the business. So many things, in our personal and work lives, are automated by tech that when we receive a Facebook invite or mass email it’s really easy to back out of things if you don’t feel personally invited. Personal invites make such a big difference.”

Don’t forget the basics, says Chloe, “we need to remember that shift workers are people too.” Employees, of any variety, are searching for meaning in their work, regardless of their position or industry. Having a strong company culture tied to values and a mission is an invaluable asset when it comes to providing that.

“It’s really important to look at your overall strategy when it comes to people, and realise that just because you’re in the retail or hospitality industry, it doesn’t mean your business shouldn’t have a really great culture when it comes to your staff.”

Chloe is also a huge advocate for equity, “it’s important to look at ‘what are we doing for our people, is it consistent across the different people in the team, is it equitable, do people feel as though they’re all getting the same basic level of respect, communication, and trust as their colleagues, regardless of how many hours a week they work?’”

Include shift workers in decision making

Include your shift workers in the big picture and empower them to feel that their input, suggestions, and feedback matters. If you exclude non-office workers, part time or casual staff, and even contractors from being able to contribute to building the culture, you’ll exclude them from being part of it.

Every team has natural culture leaders who step up when it comes to things like organising birthday cards or after work catch ups. Here at Perkbox we call these people Culture Guardians, and you can enlist them to help you build your culture without additional resources or budgets. Read more about Culture Guardians here.

“You can do lots of things for free online, if you have money to spend you can do that too, but I think a lot of companies think ‘we don’t have the budget for that’ but it’s really just about getting people together and that doesn’t cost anything.” Chloe also recommends including non-work related get togethers. By having a shift worker representative(s) actively building the company culture, they’ll be able to look out for their peers and reduce the feeling of being “a number”.

Respect is a two-way street

Similarly, Claire says it’s all about respect. “Make an effort to talk to them during their shift time, whether that’s coming in early or finishing late. Go and see people in person or give them a call during their time, because quite often when you’re in the office you expect to get responses during office hours and you need to give them the same courtesy. You can’t expect an overnight worker to respond to you during your time if you’re not responding during their time. If you’re in a leadership role, you need to make an effort.”

For building a culture centered around recognition and appreciation, Claire recalls a team of shift workers in a retail environment that creatively used their break room and dedicated a section of the notice board to recognition between team members. Whenever a team member wanted to thank a peer for something they did, or give them a shout out for great work, they’d stick it on the notice board where it stayed for two weeks. As shifts and teams changed, they could all look at this board and see what happened while they weren’t there and get to know the other teams better.

Perkbox has a digital Recognition tool with a company-wide activity feed, so you can see whenever someone in the team is recognised, receives an award, or wins a poll where their peers have nominated them for something like ‘best team player’. See more about Perkbox Recognition here.

It’s normal to feel overwhelmed so here are three simple things you can do today to start engaging your shift workers.

1. Send out a simple survey with just two questions

Question one: What is your preferred method of communication? How would you like to receive updates about our organisation?

Question two: What could we do to make your role better at our organisation?

Question two might seem daunting, and you will likely receive some joke answers, but you’ll also find some gems in there. When we asked Chloe what engages her in her role, she said “I want autonomy, I want to feel trusted, I want to be able to get on with it, and all of those things are free. It involves more effort than spending money but it’s really important. If you constantly emphasise the ‘why’ on what you do and you bring people along for the journey, you’ll have a good company culture.” These are the kinds of answers you should look for!

Claire also recommends making surveys mandatory every six to twelve months. It helps make sure you reach the people who don’t often give feedback (try giving them a personal phone call if they’re not responsive!) But if you say it’s mandatory, you really need to follow up and chase responses.

2. Organise an all hands

The key to an all hands it to ensure that every employee is capable of attending the meeting, whether it’s in person, on Zoom, or a mixture of both. Carefully consider the time and recognise that with shift workers it’s likely that it’ll be outside of some team members’ working hours and you won’t ever be able to please everyone but you can aim for the majority.

Make and distribute a recording of the meeting, either a video or detailed document, so that those who couldn’t make it can still catch up on what was said. It might be a lot of work to pull a meeting together, but both yourself and your employees will be grateful for it.

Use smaller team meetings to field questions from individual employees or reinforce a message, and reach every single employee.

3. Put together a company newsletter

A simple document that covers company updates, team news, and something non-work related like a recipe or activity is really easy to distribute across multiple channels without needing to customise it too much. Attach a PDF to an email, print it for break rooms, and post it in a Facebook or Whatsapp group so everyone can access it.

Our tips for a newsletter is to only include topics that are relevant to all employees, always make sure to include happy news and shout outs for great work, and keep it short. You’ve got to keep their attention! Over time you can fine tune the details of your newsletter, and even get different team members to contribute different sections.

Claire recommended two strategies for bringing your team closer together, and by extension, closer to the organisation.

When you bring a new hire onto the team, rotate them through different shifts and different teams so they can meet more of the broader team. Having a face to a name is incredibly important for team cohesion, and builds empathy.

A few times a year, swap a few team members between teams, shifts, or locations. “Sometimes you find people perform better in a different team or a different shift, because it’s a better environment for them. It’s worth a shot, especially if you’ve got someone who isn’t engaged,” says Claire.

Similar to rotating new hires, this also builds more connections between teams and shifts, “it connects the teams beyond just the people that you’ve swapped, because they’ve all got their own connections.”

“The most effective thing I’ve ever come across is actually just genuinely understanding and being respectful of the fact that everyone has different times and different things happening. Be flexible and find a middle ground for everyone or offer two different times for meetings to make sure everyone can attend,” says Claire.