How to deal with flu when you need to work 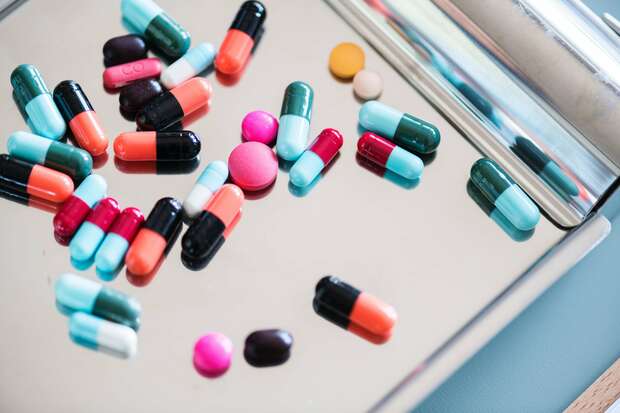 Sometimes you need a bit more than Lemsip Max to get you through the month. Here’s what you can do if you get sick, but can’t afford to take time off.

It’s that time of year again: flu season. The annual stampede to the pharmacy, and the ravaging of the cold and flu isle as shop assistants cower behind the tills.

We’ve all gone to some lengthy lengths to cure ourselves of the flu. Be that inhaling so much eucalyptus that it seems to be coming through your pores, or drinking enough ginger and lemon tea that you start seeing lemons in your sleep.

Unfortunately, though, sometimes a cup-a-soup under the duvet just isn’t enough – for starters, a good nap during the day might cure the pounding headache, but it’s not going to cure the mountain of files you’ve got to sort through at work by noon.

Getting the flu isn’t just stressful because it makes you feel bad, but because it stops you from getting your work done. 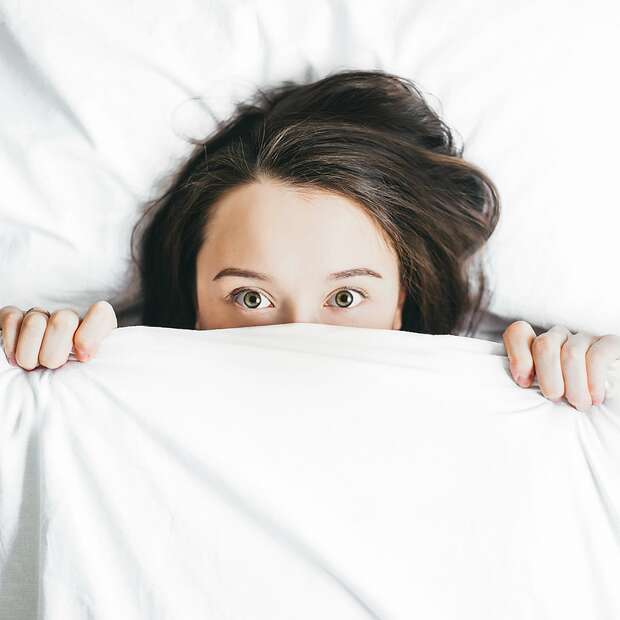 We’ve put together a short guide to help you get through flu season as easily and as stress-free as possible.

Tissues at the ready

What even is the flu? It’s not to be mistaken for the common cold. A blocked nose and a sore throat are a nuisance, but the symptoms don’t inhibit you the same as flu symptoms do.

Flu and the common cold have a similar effect on the body but are still different illnesses caused by different viruses. A flu virus might confine you to bed for several days, normally a cold will just leave you feeling under the weather for a while.

Cold symptoms generally include a runny or blocked nose, sneezing a lot, feeling generally quite tired and sleepy, and a mild headache.

Flu, shortened from influenza, include all the above symptoms but magnified. Flu symptoms also include a medium to high fever, aches and pains in the bones, chills, chest/respiratory discomfort, and a banging headache.

What causes the flu?

There are many, many different types of virus which can cause a cold, but only three types of virus can cause the flu. Depending on which strand you contract, the symptoms will vary in extremity. Influenza is very contagious, which means that it spreads easily from person to person.

Flu is an airborne virus. The main way that flu is transferred between people is through tiny water droplets. When you sneeze or cough, tiny water droplets are expelled from your nose and mouth. These little droplets of respiratory fluid are infected with the virus. If someone else inhales these droplets, or maybe touches them before unassumingly putting their hand to their mouths, for example, they may contact the virus.

We won’t go into too much detail about how the body fights flu, but in brief, your autoimmune system will kick in when antibodies in your bloodstream and lymphatic system recognise germs – in this case, the flu virus – and attack them. This war on germs is what causes the symptoms you experience when you’re sick.

You can find out more information about flu symptoms on the NHS website or by simply asking your GP.

The main problem that can arise during a flu outbreak is the appearance of secondary bacterial infections. Because your immune system is working hard to combat the flu, and your body is generally feeling tired and weak, you’re more susceptible to other illnesses. In the worst case scenarios, these could be pneumonia or bronchitis. 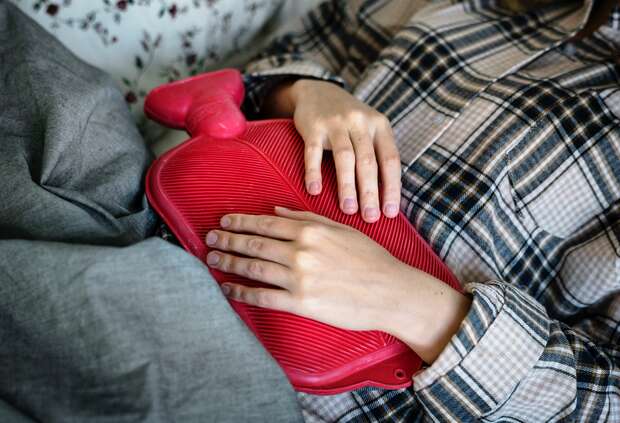 This is what makes influenza so dangerous.

The World Health Organisation (WHO) estimates that flu kills between 250,000 and 500,000 people around the world every year. In the UK,  it is also estimated that an average of 600 people a year die from flu complications.

A healthy person normally doesn’t have to worry too much about recovering, but some people are more at risk of developing other illnesses or having complications. Babies, for example, haven’t had the time to develop enough antibodies to protect them from infection. People in nursing homes have weaker immune systems and may already be suffering from other medical problems, putting them at greater risk.

Anyone with asthma, chronic obstructive pulmonary disease, or have experienced heart failure, are also at risk of developing other bacterial infections too.

Pregnant women and diabetics are also at increased risk of complications during the flu season.

What can you do to prevent it?

If you’re part of a high-risk group, you’re often entitled to a flu jab to help prevent you from catching the flu.

If you receive a flu vaccine, it normally takes 10 to 14 days for your immunity to build up fully after the injection. 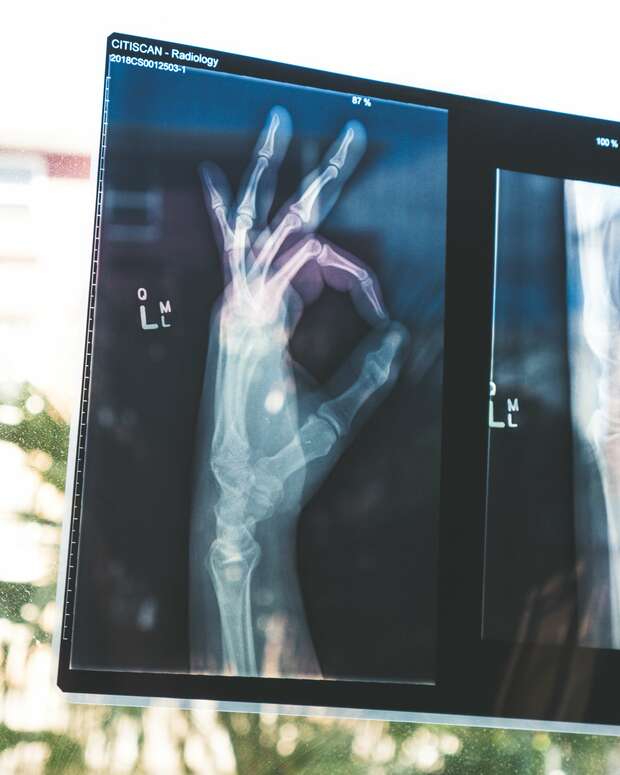 It may seem a little childish to mention here - of course you know you should wash your hands – but some people still forget how vital it is to prevent illnesses.

You can reduce your risk of getting the flu by washing your hands regularly using soap and warm water.

3. Carry antibacterial gels with you

Have an alcohol-based sanitiser with you as often as possible. When you take public transport or spend time in public spaces, it’s handy to have an antibacterial hand gel with you. This kills off any bacteria you may have picked up along your way, including any pesky droplets carrying the flu virus.

4. Have a balanced lifestyle

The health trinity – sleeping well, eating well and exercising often, can help you to maintain a strong immune system.

Having a balanced lifestyle might not prevent you from becoming ill, but it can help you develop the strength to fight illnesses off quickly and before they develop complications.

5. Have a pack of tissues with you!

If you are sick, you can help others by coughing and sneezing into a tissue or your sleeve to prevent water droplets containing the virus from spreading. 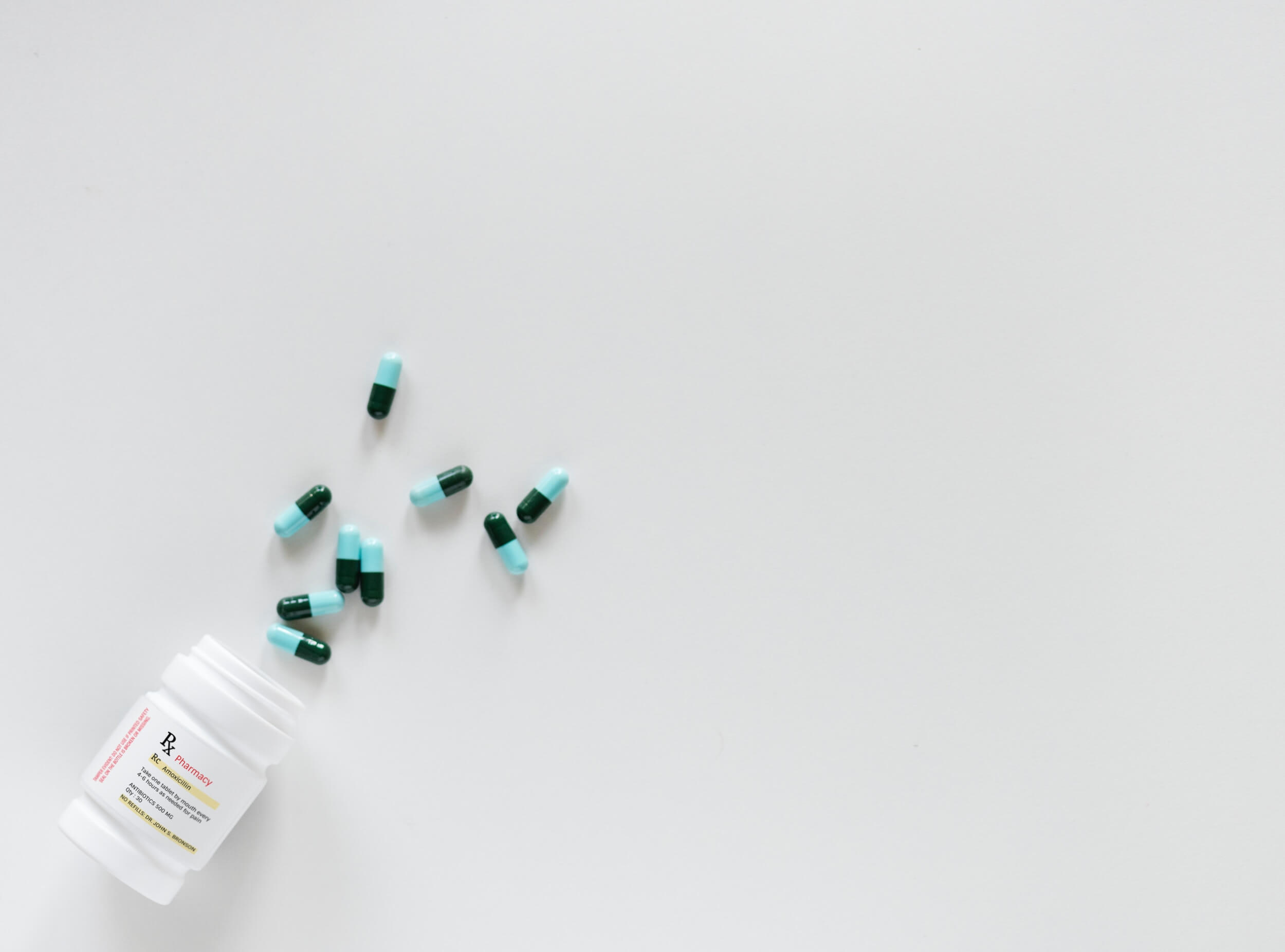 What can you do if you get the flu, but still have work to do?

Alas, there is no immediate remedy for flu. Unless you know a miracle medicine man who can zap the virus from you, you’re going to have to make do for a few days. There are some things you can do, though, to speed up recovery.

No, but seriously. Avoid being in social spaces at the risk of spreading it. It’s one thing having a handful of employees out of action, but if the whole office gets sick – well, that’s when everything will go tits up.

This also means not coming into work with the hope of being sent home. Some people want to make an appearance at work, hoping their Rudolph-red nose and watery eyes will have the manager take pity on them. You’re not a child though – take responsibility for your health.

If you know you’re sick enough to require staying in bed all day, don’t come into the office. That said, if you MUST come in, make every effort to quarantine yourself. If there’s a private area you can work in, make use of it and limit your interactions with others. If you can work from home, this is the better option.

Working at home should only be done if your life depends on it. Your priority should be getting better, as overworking can be equally damaging.

Managers should set a good example

Managers should send people home if they see that someone is obviously too ill to be there. While some employees might think it’s the honourable thing to do to soldier on, if it’s only going to make them worse or lead to others being infected, it’s just not worth it.

Again, if you’re a manager and you’re sick, don’t drag yourself into work, no matter how principled you wish to appear. You’ll only encourage others to do the same and potentially contaminate the entire office. More fool you. 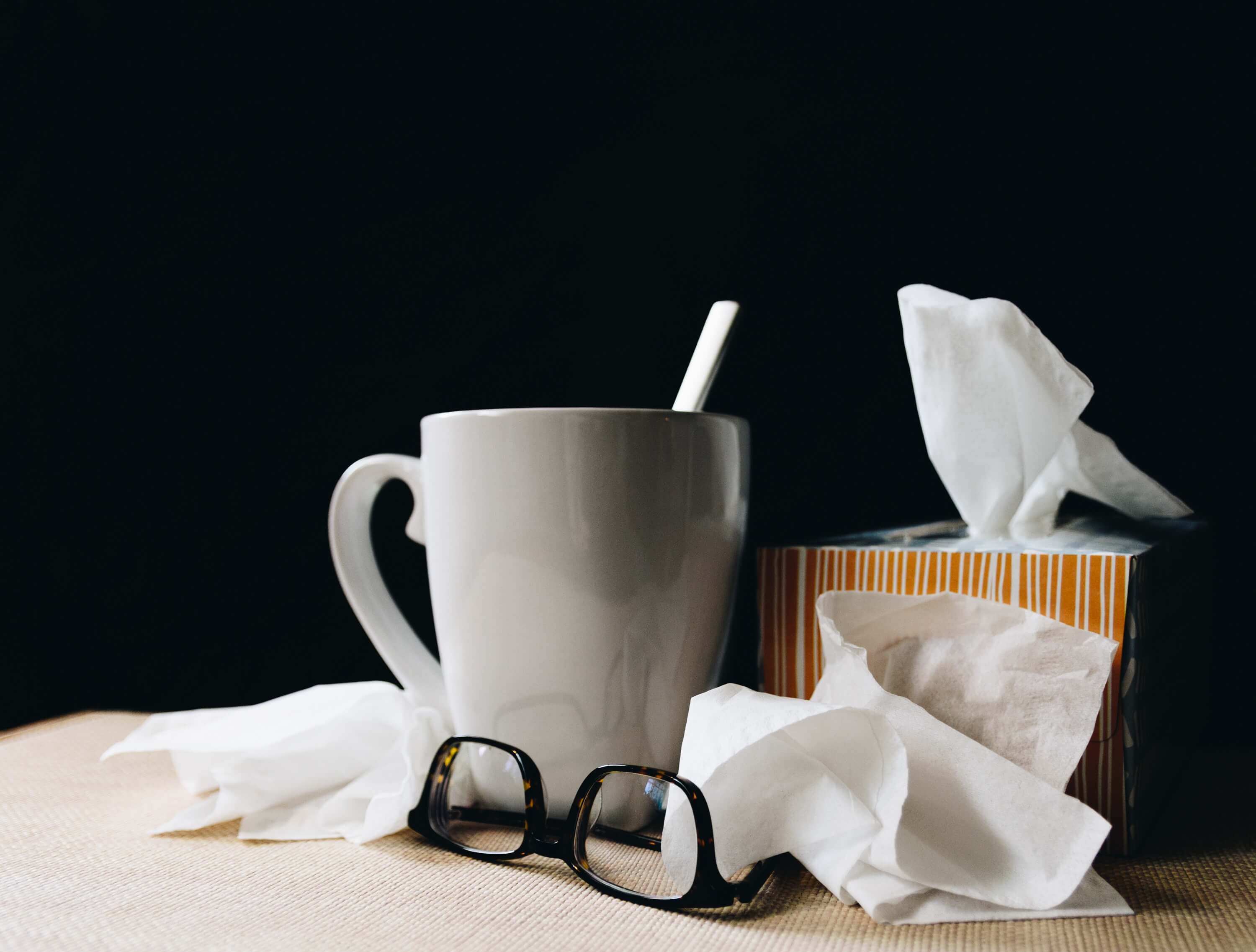 Have a healthcare package

Whether this is entirely centered on physical sickness, such as the flu, or wellness in general, it’s a good idea to have some kind of health and wellbeing package at work.

At Perkbox, for instance, we offer employees discounts at wholefood retailers so they can stock up on those much-needed greens and vitamins.

As we established, sometimes not working just isn’t an option. So if you do have to work from home, here are a few things you can do to help you on your journey to recovery.

Drink plenty of fluids, and don’t forget those greens

Drinking enough liquids keeps your respiratory system hydrated and stops any mucus from blocking your airways when you’re sick. It may sound gross, but it’s important you keep this moist so you can cough it up. You don’t want that nasty stuff getting stuck in your lungs and leading to an infection.

Make sure you’re getting enough sleep

Your body needs rest. This might mean working from your laptop in bed or making a cosy den out of your office. Wrap up warm and give your body enough rest to battle the virus. Avoid any physical activity – you want all your energy focused on fighting the illness (or at least 90% on your immune system and 10% on hitting that deadline).

You might want to keep a clean shirt nearby though. At least then if you have a video conference, you’ll look spick-and-span on top – nobody has to know you’ve got your fluffy, poorly-time slippers on. 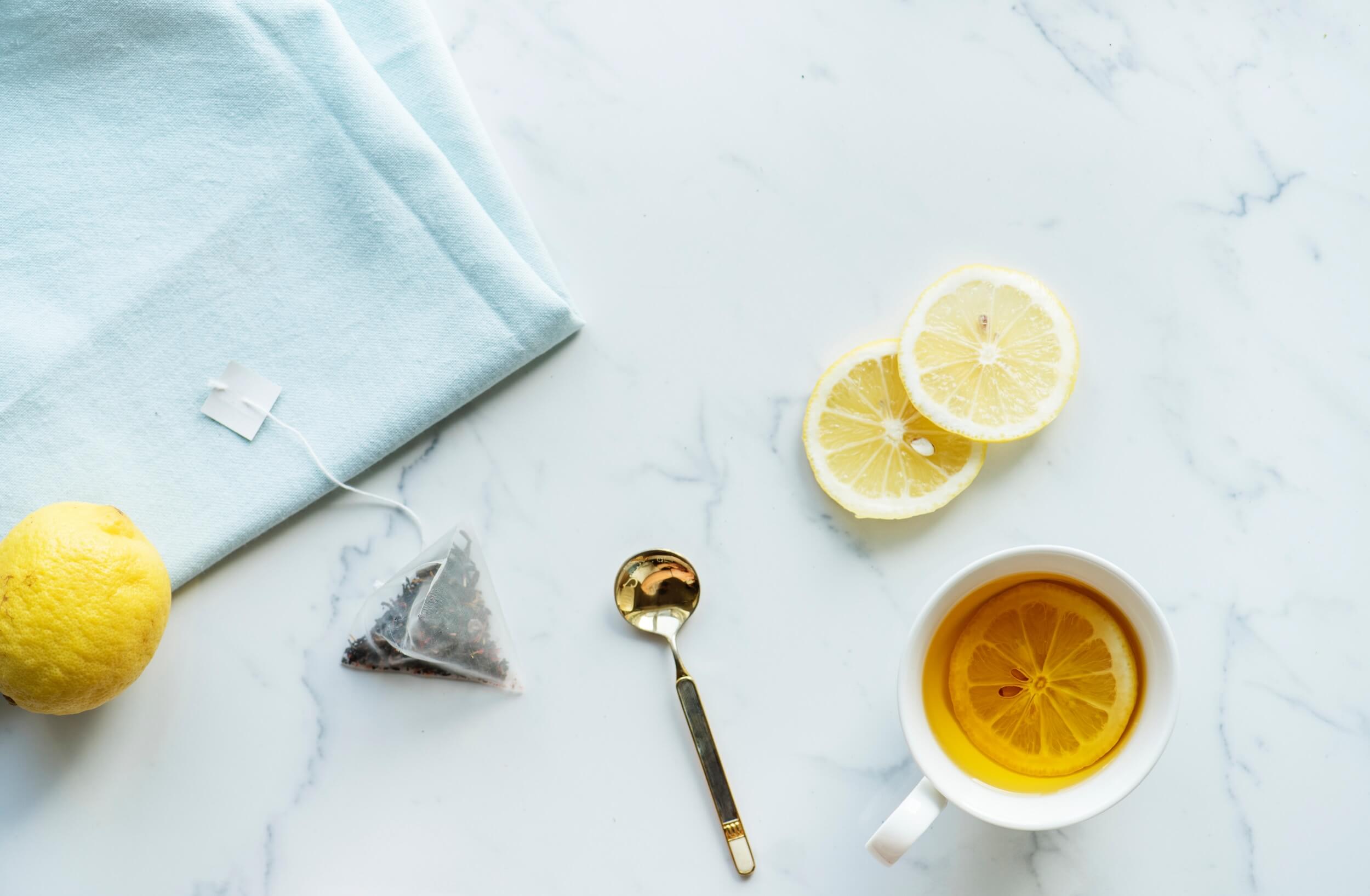 Ever fancied making your own DIY spa room? Now’s your chance. Simply pour some hot water into a bowl, add a few drops of eucalyptus oil or menthol ointment, stick your head over and cover with a towel. Breath in.

This will open your airways and ease congestion, making it easier to breathe. At least then, if you have to make a phone call to a client, you won’t sound so… sick.

We’re sorry we haven’t been able to give you a cure for influenza. But, hopefully, we’ve been able to cure a few work-related anxieties caused by being out of action for a while.

Now, eat your greens, wash your hands, and stay wrapped up warm for the cold, flu season ahead.