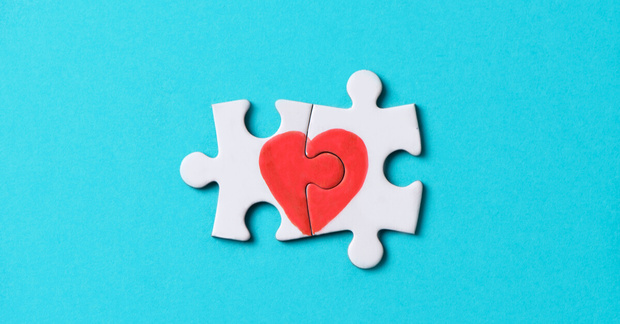 Love is in the air and the workplace according to research we recently carried out, as 75% of UK employees have admitted to having had a crush on a colleague – over a third have had one more than once!

But there’s no judgement here. Despite our perceived British stiff upper lip towards relationships, 63% of us believe you shouldn’t be sacked for having a workplace romance. Unfortunately for the Chief Executive of McDonald’s, his employers didn’t feel the same way.

We can trace that happiness for workplace romances through the TV and film we watch. So many of our favourite shows have characters who either met through working together or chose to go into business together. And as a further part of our research, we asked people to vote for their favourite workplace romances from UK and US TV.

Things were never plain sailing for Mark and Sophie. They met at a workplace they both hated, Mark hacked Sophie’s emails, Sophie forced herself to marry Mark, and they never lived happily ever after. Even worse for them, they’ve ended up at the bottom of the UK’s favourite workplace romance list.

Whilst we never actually saw them in the workplace together, they’ve made it to fourth place on the list. John and Kayleigh awkwardly flirted their way through every commute until they finally found love on a bus in the show’s finale. It’s a lot more romantic than it sounds.

Third in the top five workplace romances from UK TV is Den and Angie Watts. Made famous from their time running the Queen Vic together, Den filed for divorce from Angie in the 1986 Christmas Day episode watched by 30.1 million people. So maybe working together while in a relationship isn’t for everyone. And people certainly agree, 45% of people we surveyed said working with their partner would destroy their relationship. 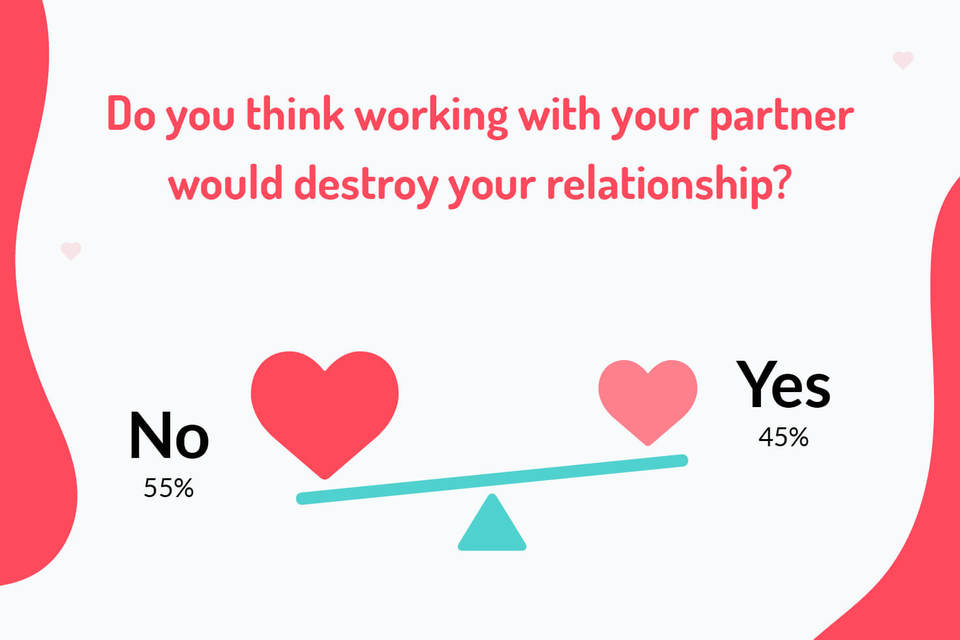 If I had my way, Dawn and Tim would be number one in this top five but our survey says they take second place. Dawn and Tim’s relationship blossoms over the course of the Office until the will-they-won’t-they saga is concluded in the Christmas special.

Dawn is engaged to someone else for much of the series and her and Tim only come together once Dawn’s engagement is over. That should please the 26% of people who think workplace romances are unethical, especially when cheating on a partner.

So here’s the UK’s favourite workplace romance from TV – Basil and Sybil Fawlty. Although their relationship is love/hate and their hotel in Torquay was seemingly the only thing keeping them together, there were moments of tenderness between Basil and Sybil. The two of them clearly had the secret to a happy workplace romance though, as they didn’t go the way of Den and Angie.

The people’s favourite workplace romance from US television?

In at number five in the top five workplace romances from US television are Mike and Rachel from Suits. Without giving away any spoilers, their relationship was continually on and off due to Mike refusing to tell Rachel his big secret. This drove a wedge between them until Mike finally confessed and they eventually got married.

As is the theme with many of these popular workplace romances, J.D. and Elliot have a tumultuous, on/off relationship. They are finally brought together by the words of an unlikely source. Their grumpy boss, Dr Kelso, tells them to do whatever makes them happy. That just happens to be admitting their true feelings and having a child together.

Not quite as popular as their UK counterparts, Jim and Pam took their relationship to envious levels of both being best friends and partners while at the Dunder Mifflin paper merchants in Scranton. What started as the two of them gently ribbing a colleague became them getting married and living happily ever after. And slightly more salacious, their first kiss was caught by their colleagues at an office team night – putting them in the 39% of people we surveyed who've been caught kissing a colleague at work. 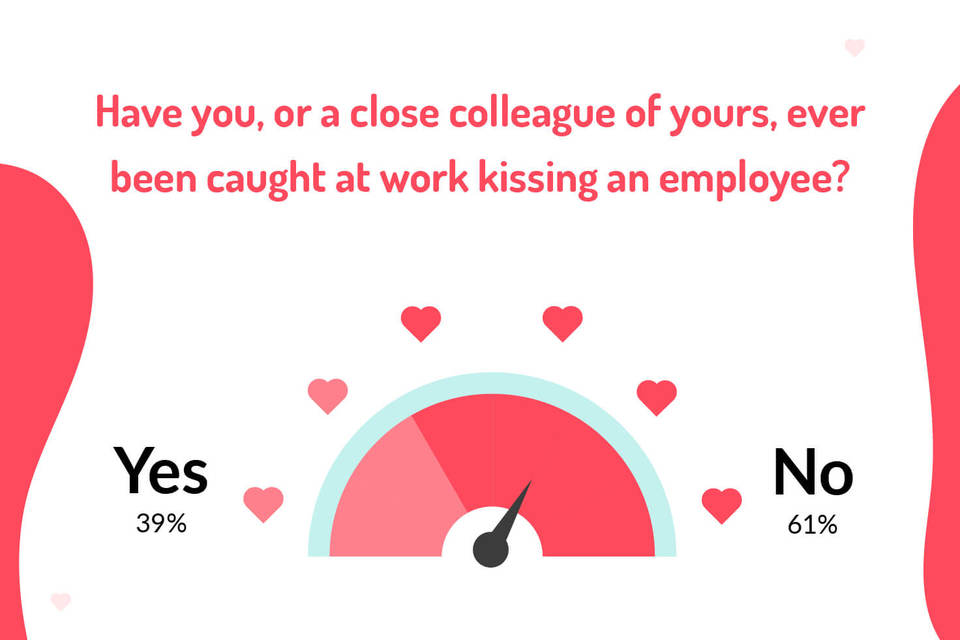 From his constant drinking to his womanising, it's fair to say that if Don Draper was in the workplace today, he’d be an HR nightmare. Don and Megan met when she became his secretary, leading to Don leaving his girlfriend for her. This puts Don in the 15% of people we surveyed who cheated on a partner with a co-worker and confessed it to their partner.

Who said only real people can feel real love? Tell that to cartoon characters Principal Skinner and Ms Krabappel of the Simpsons. They develop a secret romance together which culminates in true Simpsons fashion – a romantic dance during a police siege.

And with Skinner being Ms Krabappel's manager, their coupling would be met with resistance from the 13% of people who said a workplace romance between employees at different levels of seniority should be a sackable offence.

Skinner eventually proposes to Ms Krabappel but she leaves him at the altar after finding out he doesn't actually want to get married. Imagine how frosty it would’ve been in the teacher's lounge the following Monday.

So those are the UK’s top 5 workplace romances from UK and US TV. Hopefully your favourites made it in!