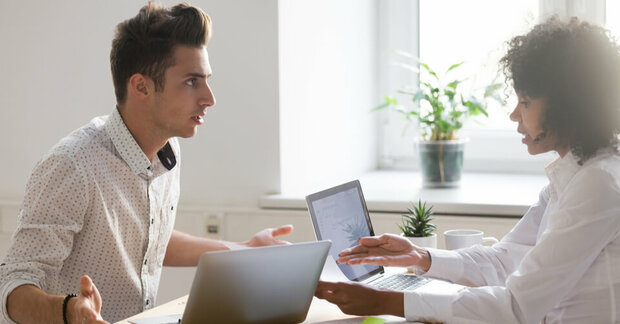 It’s a nightmare situation: dreaded by HR departments the country over. It could turn into an office crisis, lose you a valued employee, or even metastasize into a public scandal.

Grievances put an inordinate amount of pressure on HR, as there is never any way to solve it without conflict. You might have had to deal with one before, or maybe you’ve managed to evade such a scenario, however, 9 out of 10 times, your grievance procedure is executed poorly and usually exacerbate the situation.

Is there any other way? You may ask. Well, your grievance procedure will never be perfect but if handled with due diligence it's possible to avoid any sticky repercussions.

What is an employee grievance?

A grievance is basically any complaint an employee makes of their work. It’s an incredibly vague and adaptable piece of policy. It can be anything from working hours to the lack of A/C in an office. However, this is not what most employers would describe as a ‘grievance’. Usually, the complaints focus on people or behaviour.

Another misconception is that a grievance is a formal, written document. While most of the time, this is when HR become involved, a grievance can be presented in any medium: letter, email, or in conversation. Equally, it can be dealt with formally or informally, depending on the situation.

For instance, if the complaint is an issue that has a clear, quick and easy solution, dealing with it informally would be preferable as it's less time-consuming. Whereas if the matter is more sensitive, or involves a complicated conflict, dealing with it formally will help de-escalate any emotional responses.

Why do so many get their grievance procedure wrong?

It’s really easy to handle a grievance poorly. This is not to say that HR don't try their best, they’ll be working as hard as they can. But fundamentally the culture around grievances is shady. The instinctive reaction people have to grievances is to deal with them quickly and quietly to avoid a scandal or bad PR.

This instinct invariably results in problems getting swept under the carpet and as such grievances often end with a resignation. But before discussing the correct grievance procedure, it’s worth exploring how you can actually prevent situations from escalating.

Think about where the grievance has come from

The difficulty is that often a grievance is the only way in which an employee can have such issues seriously addressed. With no one else senior to raise such concerns it can be the only option.

If issues with management escalate then there is very little you can do prevent a grievance. However, initiating anonymous, weekly surveys is an easy and effective way to give employees a voice and help vent any bad feeling. If a manager has had consistently negative feedback, you should, in theory, be able to catch the problem in time.

A grievance filed against a colleague is rarer, as often these conflicts can be resolved by a good manager. A grievance is a last resort and as such, there has to have been a catastrophic failure in management procedure to let a conflict between two peers escalate to this level.

Ideally, you want to resolve this issue before it reaches a full-blown grievance. If an employee is considering such action, you should have a private discussion with them to understand the nature of the complaint. Then if possible encourage said employees direct manager to take action and resolve the complaint internally. 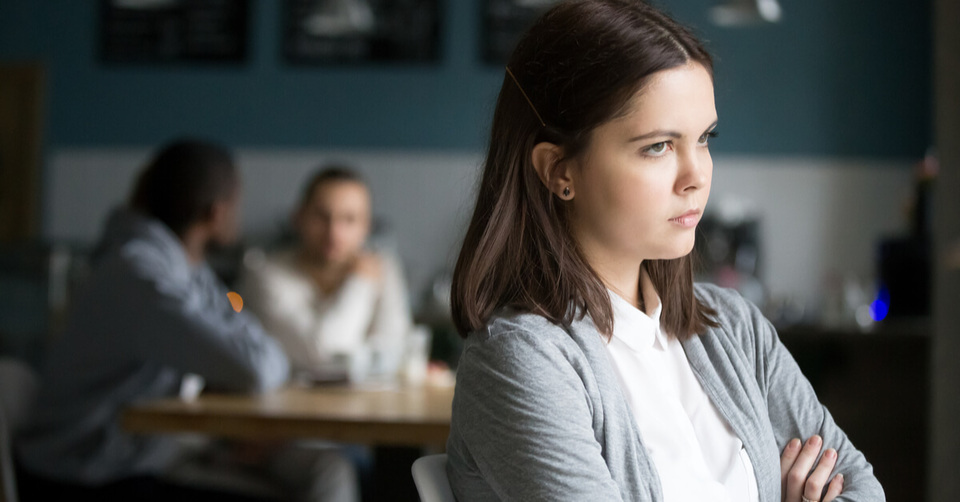 So what happens if the incident that the grievance is referencing happened outside the workplace? Let’s imagine that behaviour on a work night out, or at Friday drinks down your local has resulted in a formal grievance being raised.  You might think that the incident is separate and that employers shouldn’t intervene in social affairs.

Unfortunately, there is no such firm separation and while it’s a case-by-case situation, usually HR will have to take some form of action. Firstly, grievances of this nature are rarely ever in reference to one-off incidents. Usually, these incidents have been ongoing, both in and out of the workplace.

Moreover, while these events are ‘social’ in nature, in constitution they are professional. Everyone is there because of work, so there is still a degree of responsibility. The worst thing you can do in this situation is to shrug off any scandal. It’s easy to blame the booze ‘everyone was a bit gone and someone took it too far.’  This type of reasoning often marginalises the victim, calling into doubt the severity of the incident.

The best practice in this situation is to have loose guidelines for behaviour. Nothing too firm or it will sap the fun of these events but maybe send an email round that councils against getting too drunk. 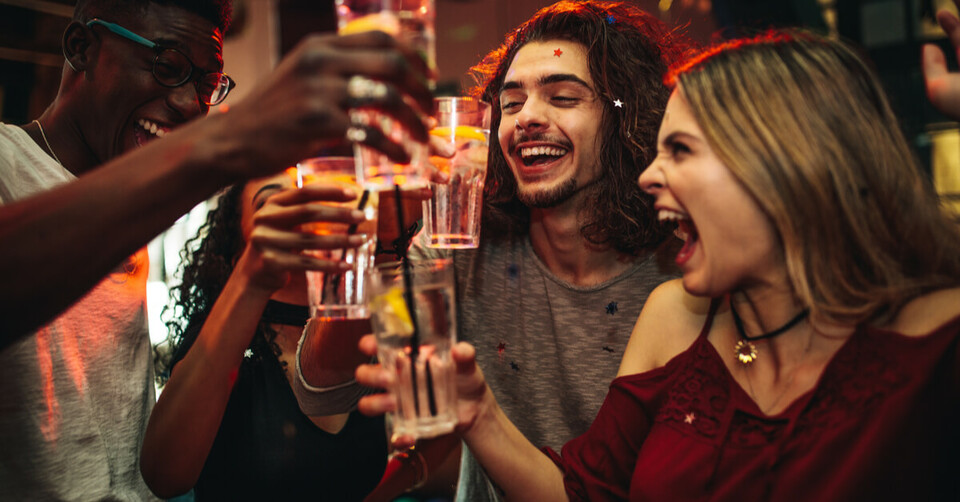 So let’s say it’s the worst case scenario and an employee has emailed you an official grievance, with support from their union and colleagues, against a manager. What are the next steps? In chronological order here is how you should deal with a grievance:

1. Let both parties know it’s being dealt with

When you receive a grievance, your first port of call should be to talk to the affected parties. On the one hand, you want to make sure that whoever has made the grievance feels like it is being dealt with. It’s very easy to demonstrate this, you simply have to sit down and have a quick chat. You should mention that you’ve received and read the grievance, that steps are being taken and if there’s anything you can do in the meantime don’t hesitate to ask.

This immediately establishes a supportive relationship between HR and the aggrieved, without actively taking their side. One the one hand it’s key that while establishing the facts you remain as impartial as possible but on the other, you also want to ensure that the employees concerned appreciate your concern.

On the other hand, you want to inform the recipient that there has been a claim against them and give them time to prepare a defence.

2. Set out a timeline

Once you’ve had informed both people involved that there is an ongoing grievance being investigated, then you should to draft a timeline of how events will unfold. This should include, when a hearing will take place and when the solution will be enacted. Not only will this manage expectations about when things will be resolved but also will assure the complainant that action is being taken.

3. Arrange a meeting with the complainant

Your next step is to hold a meeting as quickly as appropriate to air the issue and begin to tackle it. This means you should proceed without delay, while also allowing enough time for the affected employee to prepare for the discussion. The desired timeframe will be in weeks rather than months.

The purpose of this meeting is to give the employee an opportunity to present their case for making a grievance and how they believe it can be resolved. The nature of this meeting will be dependent on the type of grievance made. Remember that it is a statutory right for an employee to be accompanied to this meeting, so be sure to give them the option.  A chosen representative has the right to present on behalf of the employee to the tribunal. An employee might opt for this when the grievance is of an intimate, or distressing nature. Witnesses might also be needed for providing evidence or character statements. 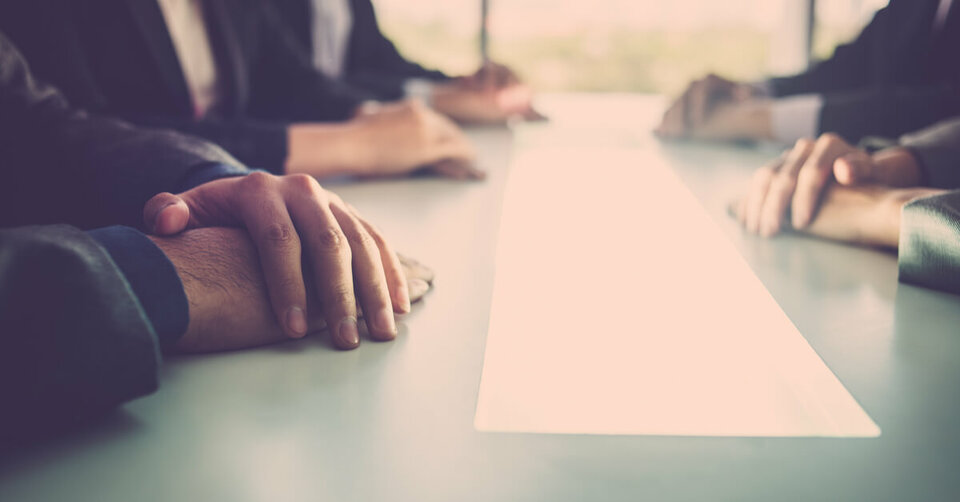 4. Reach a verdict and a solution

It’s vital that a verdict is reached soon after the hearing. Dragging your heels, or deliberating for months on end usually ends in disaster, either with a resignation, a PR scandal, or trade union action. This is of course if there is action to be taken, occasionally grievances can come to nothing. However, action is usually needed.

Action can vary from an official warning to a suspension, and in the most extreme cases, a dismissal. When deciding how to proceed you should be tough but fair. If a mistake has been made, any disciplinary action should be reflective of a ‘one-time offence’ so to speak., Whereas if there is an ongoing issue that is systemic, then a more severe punishment should be considered. In most cases separating whoever has been involved is a good idea so that they do not have to continue to work together.

Whatever the verdict, the outcome should be communicated in writing to all involved parties.

5.  Have an appeal system

Finally, it's important to have the infrastructure in place that supports an employee if they wish to appeal the verdict. While this is open to both sides of the complaint, it’s most commonly used by employees who feel their grievance hasn’t been properly dealt with. Make sure that employees are aware that they can appeal and that action will be taken. If this is the case then you should ask for a written appeal detailing why the outcome of said grievance has been inadequate.

A final word on the matter is a good grievance procedure is dependent on communication. Any attempt to deal with it ‘quietly’ will result in an escalation of bad feeling.  Whereas if you tackle the issue head-on and moreover are open about it, tensions will diffuse quickly.

For more information on communicating effectively in the workplace, why not check out our guide on in-the-moment feedback.

The perks employees want in 2021