Knights and Dames: what do those who have gained the title have in common?

Share:
Could the UK's most prestigious title be yours in the future?

Recognition for great work comes in many forms, but for many, the highest form of recognition in the UK would be receiving a knight or damehood from the monarchy.

Having all your peers refer to you as ‘Sir’ or ‘Dame’, meeting the Queen, or even the feeling of ticking a different box for ‘title’ when filling out a form, as opposed to the standard Mr/Miss/Mrs, is something that many of us would secretly enjoy.

So aside from amazing accomplishments and hard work, at Perkbox, we investigated the Queen’s Honours Lists from the past 10 years to reveal what those who have been made a knight or dame have in common.

How rare is this recognition?

Since 1917, the British government has been awarding notable citizens to the Order of the British Empire. Although originally meant to honour civilian and military heroism during the Great War, it quickly expanded to include a whole range of achievements within different industries. While the Order of the British Empire includes a number of different titles and honours, we’re just going to be looking at those who have been awarded the title of knight or dame.

So, if you’re hoping to gain a knight or damehood, you have two chances every year, with an honours list being announced at New Year and in June for the Royal birthday.

Could a name boost your chances of gaining the UK’s most prestigious title? When looking into recipients of the past 10 years, there are some first names that follow ‘Sir’ or ‘Dame’ more than others.

Other commonly knighted names include Michael and John (both names have gained 24 knighthoods in the last 10 years), Richard (15), Robert (15), Peter (13), Christopher and Paul (both 12).

When it comes to dames, the most common female name to receive the accolade was Susan with 10 Susans receiving the title over the past 10 years.

Other popular names to receive a damehood include Janet (7 damehoods in the last 10 years), Frances (5), Alison, Barbara, Helen and Angela (4). 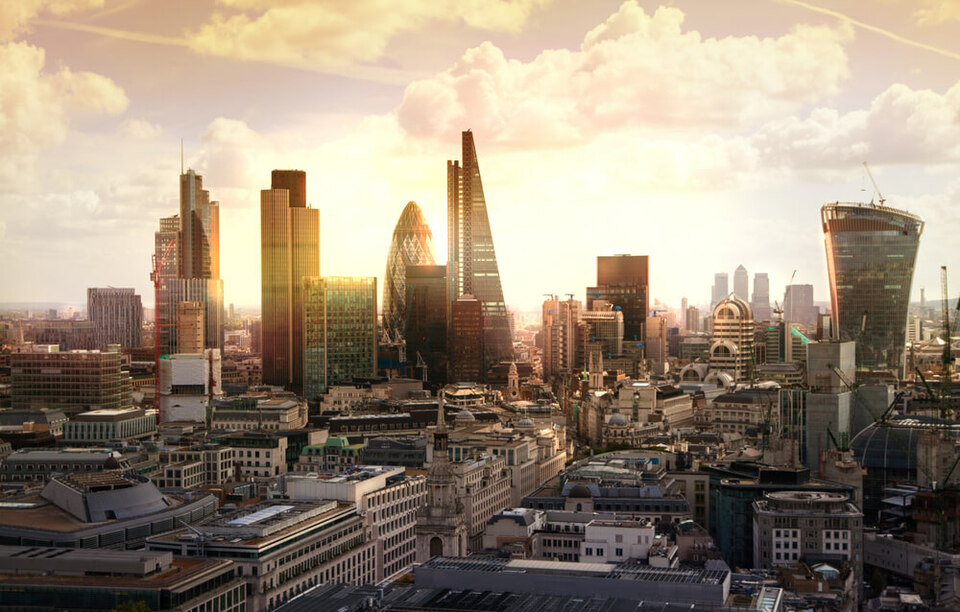 42% of knights and dames live in London

Looking further into the list, it’s no shock that the capital city is where many of these extraordinary people are based. London is home to a huge 42% (294 of 704) of those who’ve received titles in the past 10 years.

Looking into the remaining counties with high numbers of knights and dames in residence, it appears that Southern counties are much more likely to produce knights and dames than Northern England. The second most popular location for knights and dames is Oxfordshire, with 35 Sirs and Dames living here, followed by Cambridgeshire (31) and Surrey (31).

Gaining this kind of recognition is slightly less common for those living in the North; Greater Manchester faired best with 10 knights and dames living here, followed by 9 in Edinburgh and 7 in West Yorkshire, Tyne and Wear and North Yorkshire - could this show that it might be rewarding to live closer to Buckingham Palace?

Public and Political Services, Education and Healthcare are the most knighted professions

Although all professions can now gain a knight or damehood, looking into the recipients for the past 10 years, some career-paths definitely receive this recognition more than others.

The top 5 professions to receive knight/damehoods:

1. Public and Political Services - 21% (149 out of 704) of all knight and damehoods in the past 10 years were awarded for work in these professions. This includes those working in the local and national government, including numerous Members of Parliament, and Lord Mayors of London.

2. Education - 116 people who have helped to shape the minds of the future have received the prestigious award. This includes 22 headteachers, so you never know, the teachers that you used to call ‘Sir’ in school may officially require the title in the future.

3. Healthcare - 100 people who do incredible work to keep us healthy, including those working to develop medicine and 8 people working within nursing, received a knight/damehood for their work.

4. The Arts - 77 people, who make us feel good but in a slightly different way, were recognised for their contribution to the arts. The arts include those who work within drama, music and theatre and some famous names frequently make the list; including Sir Patrick Stewart who received a Knighthood for services to drama in 2010 and Dame Kristin Scott Thomas who received a Damehood in 2015.

5. Charity - 75 people received a knighthood for their contributions towards charity, including donations made for nature conservation.

If you don’t work in one of those industries, all is not lost. Industries that didn’t make the top 5 include recognition for contributions to business, for which 34 people received a knight/damehood, while 26 received the recognition for their services to sport. This includes a very special knighthood for Sir Andrew Barron Murray (who you may know better as Sir Andy Murray) who was named the youngest knight of modern times, receiving his Knighthood in 2016, at the age of 29, for services to tennis and charity.