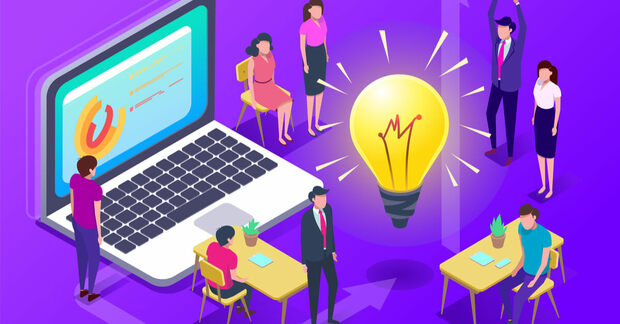 Do less, get more. It’s an attractive yet elusive concept. Sadly, the effort you put in is often directly proportional to the outcome. Why then is laissez faire leadership undergoing somewhat of a renaissance?

Surely we should be discouraging any laziness or detachment in the managerial world. Well, here’s how business leaders are rethinking the benefits and pitfalls of laissez-faire leadership.

Your initial reaction to an article assessing the pros and cons of laissez-faire leadership might be “pfft. I’d like to see how they approach this. Isn’t ‘laissez’ just ‘lazy’ in a French accent?” But wait. As we’ll see, the way the term is used is subtly changing. Let’s look at its history so we can see where it’s going, and so we can confirm that it's not just another worthless bit of business jargon. 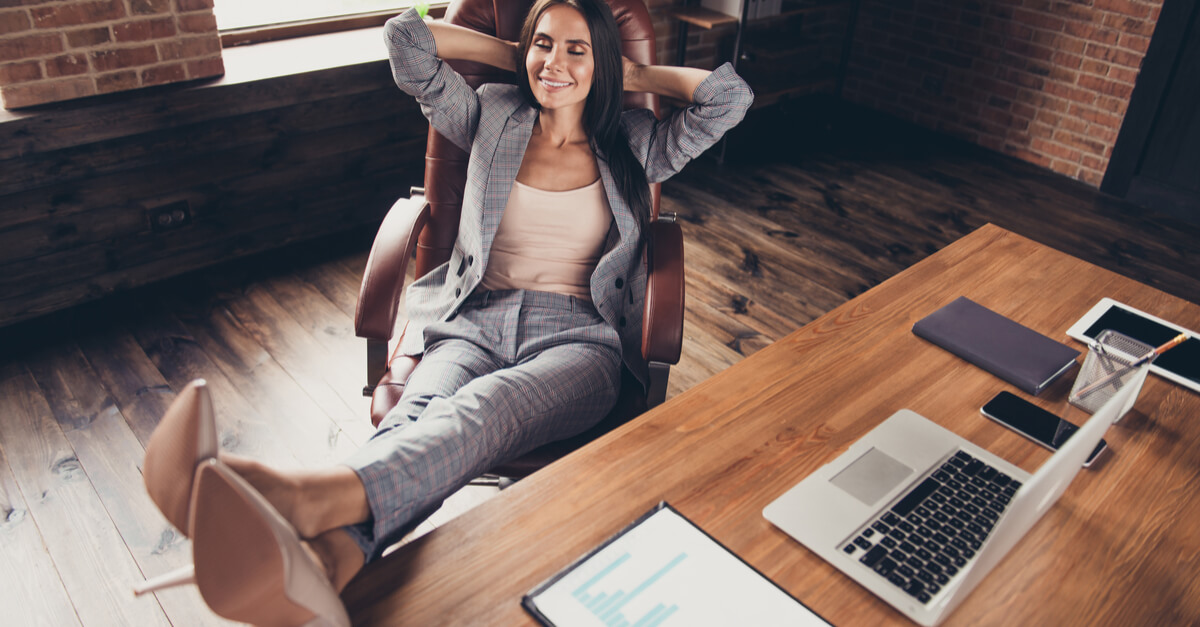 What is laissez-faire and where did come from?

Of course, France is the origin of the phrase. Traditionally, it means "let it do".

You may be thinking: “Ha, those French don’t have objects for their verbs”. Quite. But the powerful French businessmen in the late 1600s didn’t care when they said “let us do” to the French state, heralding a new dawn of avoiding government meddling in economic dealings. Since then, it's use has applied primarily to economic transactions that take place without the intervention of government tariffs, subsidies, or other regulations.

Popular examples of laissez-faire directives can be seen throughout Europe and throughout history: Let them eat cake (France, late 1700s); Let it Be (Britain, 1960s); Let the herring swim (Iceland, yet to be said). These classic utterances qualify as laissez-faire due to their inclusion of “let” (laissez), and a verb, replacing the original “do” (faire). These jokes wouldn’t be possible if the phrase was never borrowed into English. 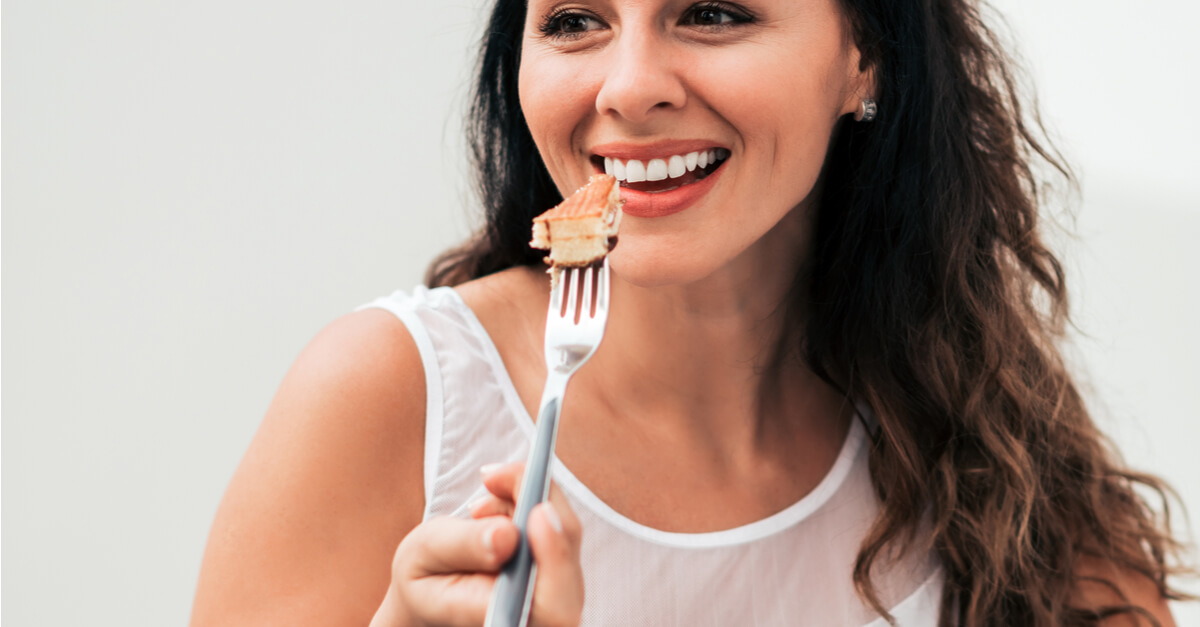 The English language likes to replace words with their (loose) French equivalent to add a bit of je ne sais quoi. So when Kurt Lewin used it in the 1930s, it fitted nicely into the lexicon of the bourgeois, entrepreneurial and avant-garde language of business (convinced that we borrow from French?). Lewin, a prominent early social psychologist, was the first to refer to it as a leadership style.

Lewin described a hands-off, no intervention approach to leadership during research investigating varying types of leaders. It was contrasted with autocratic leadership, yet was perceived just as negatively as its antonym. The following decades of research on laissez-faire leadership used the phrase as applying to a leader, rather than to a particular instance where this style is employed. This latter usage, however, is growing more common today.

Because of the new contexts, laissez-faire is being used in, we need to readdress the potential pros and inherent cons of laissez-faire leadership. However, the reintroduction of this phrase into mainstream, managerial discourse isn’t without criticism. Many still hold on to the exclusively negative connotations this phrase was used to convey.

So while some might automatically think that a laissez leader is lazy or disinterested, we aren’t interested in the personal characteristics of the leader. Instead, we are now talking about how a laissez-faire approach during specific projects might benefit certain employees.

Motivation is key for any modern-day workforce. If you go all laissez-faire on an unmotivated team, the only thing improving will be their solitaire scores. As always, the best managers know when to use different methods with different employees.

The self-serving and successful businessmen of the French 17th century didn’t need someone telling them they should be making as much money as possible. That’s because they had intrinsic motivation. This is defined as motivation that comes from within, a drive that someone has for whatever they are doing deriving from an internal value or desire.

A young hopeful team member who strives to be the best likely has intrinsic motivation. They could be an employee for whom a laissez-faire approach might benefit, as all they need are the reins loosened and away they go. In these cases, the manager doesn’t need to provide external motivations like incentives (although these are always useful). 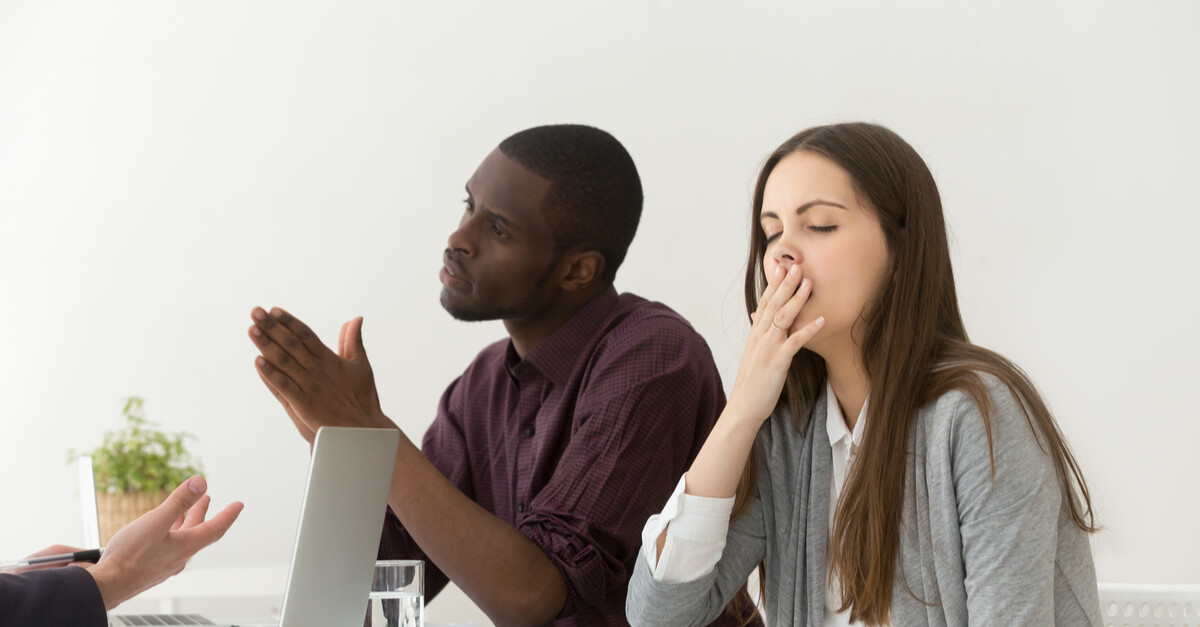 Conversely, hardened experts of their field often know more about a specific project than their superiors. The last thing many of these gurus need is a manager fiddling around and delaying the progress of a project they know much more about.

In fact, many large-scale projects of engineering genius were conducted under laissez-faire conditions. Rumour has it that Henry Hoover, while secretary of commerce, used a laissez-faire approach during the Hoover Dam’s construction. This allowed those around him to efficiently go about their duties, resulting (eventually) in an genuine engineering achievement. In this case, micro-managing might have obstructed the best solutions the individual experts came up with. As such, if your team is filled with high-flyers, perhaps all you need to do is unshackle them and let them soar. This applies to exceptionally skilled and creative workers as well as experienced experts. 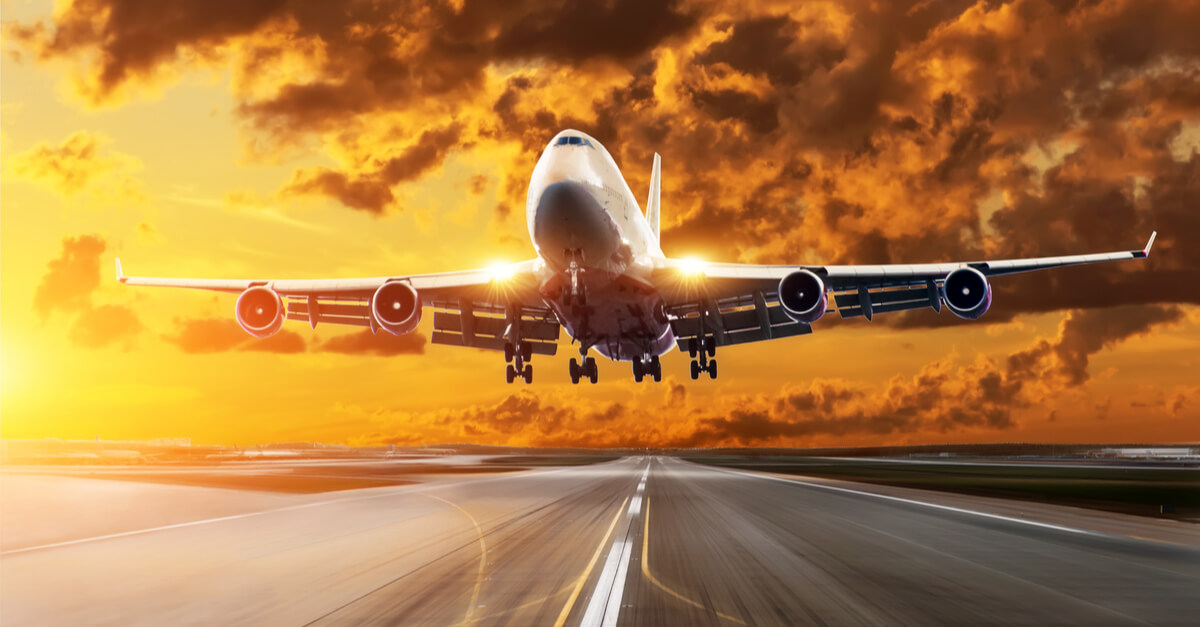 If laissez-faire leadership is used wisely with intrinsically motivated, skilled, expert employees, the creative capacity of the team can expand and reach its potential. Indeed, nowadays, many managers remain open to give employees additionally resources if necessary. Or, they can meet with the team at regular intervals to see how they are progressing. As mentioned before, the use of the term is changing, and you no longer have to cut all ties in order to be a laissez-faire leader.

The pitfalls of laissez-faire leadership

Inherent to laissez-faire leadership is risk.   ‘Never abandon a pot on the boil’, your home economics teachers warned you. ‘You wouldn’t drive with your eyes closed’, laissez-faire nay-sayers cry. To bring it back to business, ‘firms pay a high price for supervisors who do nothing’, said Von Berger and Bressler in the European Journal of Management. These hyperbolic deterrents certainly applied to the older usage of laissez-faire. So when do they ring true today?

Understandably, when a team lacks the experience or knowledge to complete the task, regardless of their enthusiasm, laissez-faire leadership is ill-advised. Such an approach will often lead to a poor end result, but can also damage the image of the leader. Also, a group’s satisfaction can decrease due to the variety of stressors they’ll encounter when being left alone to do a job they lack the tools for. 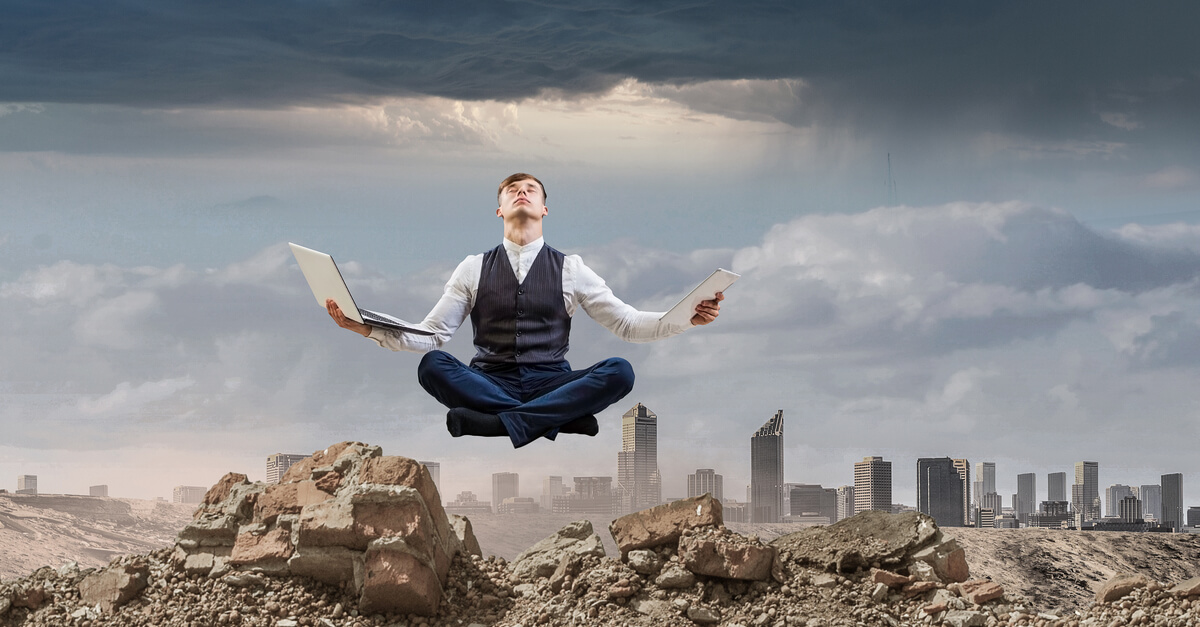 It is often a fallacy that removing the hierarchy from certain groups improves performance. This effect is commonly seen in laissez-faire approaches where the team find themselves without clearly defined positions or roles. When this is the case, poor performance is always a risk.

How an employee views their leader is important. Moreover, how an employee believes they are viewed by their leader also matters. Unfortunately, laissez-faire leadership is at risk of coming across as disinterested, which can make employees feel unimportant. Indeed, by disseminating all the information and tasks to subordinates, laissez-faire leaders also risk reducing accountability to the extent that their leadership is questioned. All of this can leave employees disengaged, which is bad news for managers.

As well as the view of the manager diminishing, an employee may lose heart and motivation if they believe their work isn’t valued enough for the manager to bother showing an interest. This can have adverse effects on team morale and employee performance in the future as well. Any leader should be aware of such feelings among their team.

All these pitfalls go to show, rather than why you should avoid laissez-faire leadership altogether, is that it must be used carefully. After all, if you can get the most out of your creative, driven, skilled employees, the entire company will benefit. Laissez faire leadership, in the newer sense of the phrase, might be the best way to optimise these teams. Many teams nowadays comprise a variety of members in skill and experience level.

Good managers likely are already treating each individual differently, constantly assessing what this employee needs to perform their best. The new usage of laissez-faire is simply an abstraction of this concept. It recognises that allowing a whole team of similarly driven and skilled employees to go about their work, free from the inherent pressure a snooping manager might have, can benefit everyone. 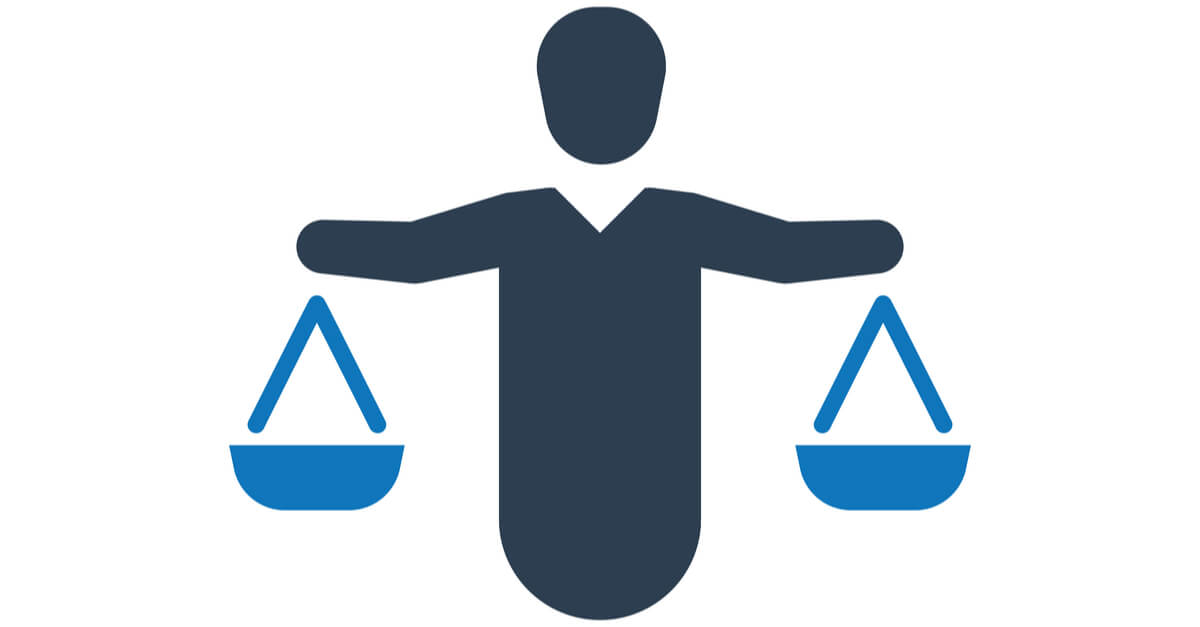 So while some employees lack intrinsic motivation and might need engaging incentives and directives. And while those who care but don’t yet possess all the skills to work independently might need gentle pushes in the right direction. This won’t apply to everyone. Creative individuals rarely produce their best work when stifled by regulation and autocratic governance. Let them do. Let the artisans put rosemary and salt crystals in their bread; let the Beatles and Ravi Shankar experiment with average guitar playing and masterful sitar strokes; and let your employees who know and love their area thrive, motivated by their own desire to deliver.