London weighting allowance in 2022: what is it and who is entitled to it? 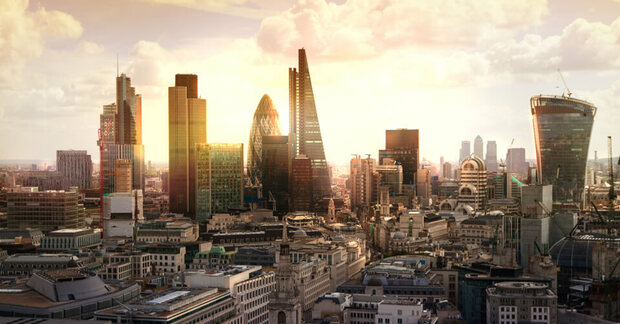 It’s a story as old as time. The young and ambitious leaving their provincial comfort and flocking to the metropolis, to seek their riches. It’s been going on for centuries and it doesn't look like it has any intention of cooling off.

There is a sense of urgency for the young to follow the gravy train down to London, so much so that now over a quarter of graduates now move to London after university. This is totally understandable, given the imbalance of jobs and opportunities London is teeming with, but of course this pattern quickly cartwheels into a self-fulfilling prophecy.

However moving to the capital comes as a price, quite literally. A recent study conducted by the Trust for London estimates that the cost of living and working is 20% more expensive than the rest of the UK. You might assume that living in a major global city is always going to be significantly more expensive and to an extent, you’d be right.

However, London surpasses global trends and its exclusivity reverberates around the world. The UK's capital has been named the world’s most expensive city to live and work in for a 4th year in a row by the estate agent Savills. In a worldwide study, the estate agent revealed that, taking into account accommodation and office space, the average Londoner incurs £80,700 in rent per year.

What’s alarming about this is that it isn’t a well-publicised fact. If asked, many people would have opted for the more obvious metropolises like Hong Kong, Beijing, New York and Tokyo. 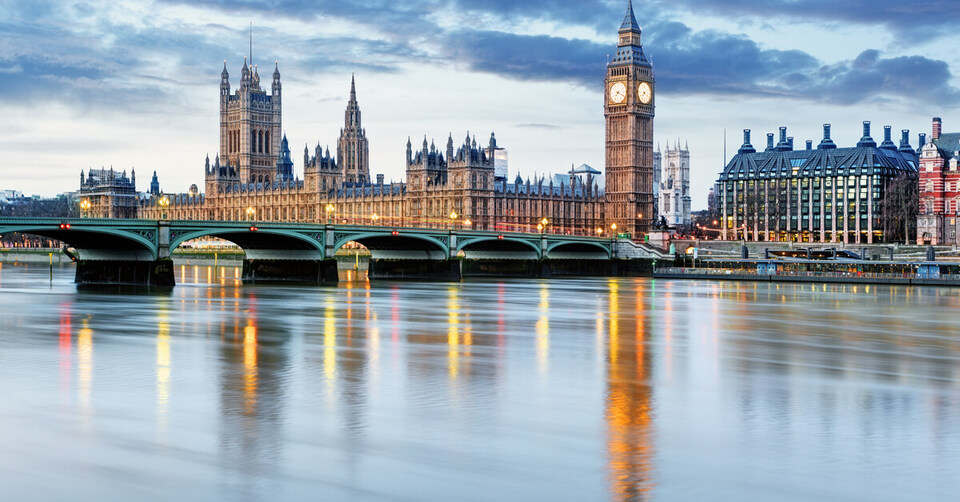 The history of London weighting allowance

This concept of paying Londoners a higher wage, to match the inflated cost of living is nothing new. In fact, this is a model as old as the metropolis itself. When the Industrial Revolution hit, London was its epicentre, patient X in the urban experiment.

The factories that were springing up in London desperately needed an unprecedented amount of labour to man the machines and turn the wheel of production. But of course, luring the rural masses of farmers and fishermen into a city choked and smoke and ridden with disease wasn’t a straightforward task. To do so the industrial magnates of the day offered wages that could not be matched in the provinces (a skilled labourer could earn up to 20 to 30 shillings a week). Here was born the notion of a “London wage”.

Predictably thousands and then millions milled into the city. And as the influx spiraled out of control so too did the cost of living; rents began to increase as did the price of groceries. It’s that age-old conundrum of supply and demand. The more that came for the high wages, the more the worth of that wage decreased (of course, this was long before the time of the efficiency wage.)

Just looking at the average salaries alludes to a significant difference between London and the UK. The mean average salary in the UK is £27,000, with London’s roughly a quarter higher, at £31,000. Extrapolating from these figures shows that, while significant the additional remuneration in London is still outstripped by housing prices. Does this mean Londoners enjoy a higher degree of financial wellbeing?

There is more to it than average salaries.  What’s more pertinent is the difference between salaries for similar jobs.  A 2012 XpertHR survey compared salaries for specific roles in the capital and compared it to the national average.  The results were telling. 55% of employers reported that they paid between 1% and 10% higher, 40% admitted to paying between 11% and 20% higher, while 4% are paying in excess of 20%.

Moreover, if you break it down by sector, the results become even more differentiated.  The survey found that in the public sector over a two year period, there was no noticeable increase in allowance, despite inflation. Whereas the private sector saw an increase of between 2% to 8.9 %.

So while there is an expectation of significantly higher wages, the reality is that current measures to help alleviate London’s steep prices are not going far enough. 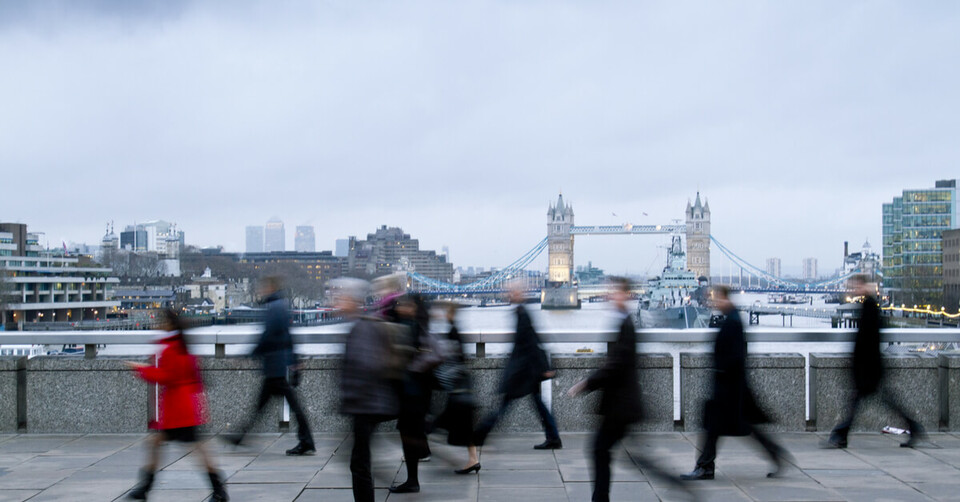 When did a London allowance become a necessity?

This was, for the best part of the 19th and 20th centuries, an informal expectation, a wink to the rural, working class. However, in 1974 things changed and this folkloric promise lost its charm and London began dealing with a crisis of labour. A report carried out by the Pay Board that concluded living within 4 miles of Charing Cross dramatically pushed up an individual’s living expenses and to avoid labour shortages, employers should offer some form of compensation.

Why was this felt so acutely in the mid-70s? It might have had something to do with the boom and then bust in trading the City had felt. In 1973-1974 there was a market crash that plunged the UK into a decade-long recession. In an attempt to tackle this, one of the measures introduced by the UK government was to abolish rent freeze in (you've guessed it) 1974.

The soaring rents that followed, combined with the typically high prices in London meant living in The City was next to impossible, particularly for public service workers and manual labourers. Many resisted the call to increase wages at first, however, the labour shortages and retention crisis that preceded 1974 forced almost all organizations to offer some form of London compensation.

Get an overview of Perks hub

Learn how you can provide global perks and benefits that constantly add value to your employees’ lives, all in one easy to manage place.

Set the standard for London weighting and employee benefits

Being mindful of London weighting will be more important in years to come. This year already we've seen an unprecedented amount of professionals moving out of the city, some 500,000. This trend has its roots in the unmanageable cost of living; many simply do not think it's worth the penny-pinching. So if you're looking to protect your talent pool and whats more make life enjoyable for your employees, it's vital you add more weight to your London wage.

Why is a London weighted wage needed now more than ever?

Ask this question and anyone in the capital will answer with one word: rent. Accommodation in London is unthinkably expensive in comparison to every other major city in the UK. The average price of a rental property in Greater London is £1,560pcm. That’s risen by a quarter since 2011. Compare this to the UK average of £749pcm, which equates to 108% disparity, and it becomes apparent why London weighting is so important. It’s estimated that a 20-year-old moving to the capital will pay £66,800 in rent, before they turn 30.

Rent being double the price means that buying a property is equally as bleak. The average house price in London is £484,584 compared with a national average of £226,906. Again the price is double in the capital. This combined with enormous deposits now needed for a mortgage has priced most working Londoners out of the property market. 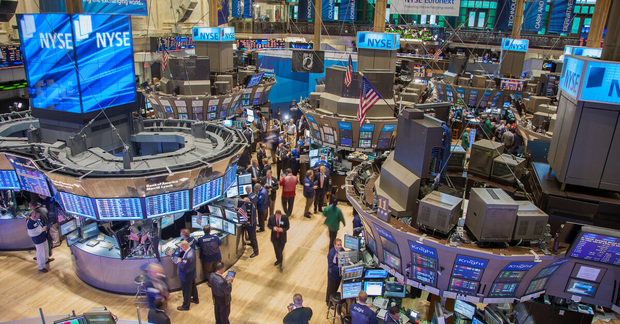 Read next: 11 simple steps to improve communication at work

5 strategies to get your London weighting allowance right

As it did in 1974, trying to side-step providing London weighting will only lead to systemic problems in labour supply and retention.  If you want to support employees' financial wellbeing and keep your talent pool well stocked then it’s important to bear in mind these 5 pointers:

There should be absolutely no differentiation between roles here. If you are providing a London wage then it should be given indiscriminately to all employees, top to bottom.  If you start tinkering around, with some roles receiving more and others receiving less you leave yourself vulnerable to claims of discrimination.

In the original report, a 4-mile radius of Charing Cross was all that the Pay Board recommended but London was a smaller and very different place in the 70s. To put it into perspective, Chelsea was seen as a dodgy area and Streatham was Surrey. Now Greater London can really be imagined as anywhere within the M25.

In fact many would argue that London weighting should be replaced entirely with a south-east equivalent, encompassing the equally extortionate suburbs and the hyper-affluent, collegiate towns like Oxford and Cambridge.  For the time being however just ensure that Croydon is in the same bracket as Clapham.

3. A flat rate over a percentage

Percentages might seem like the most sensible course of action as it’s an easy and cost-efficient way to deal with London weighting. However give it a moments thought, you’ll realise the difficulty here: neither rent nor transport takes into account how much you earn, it’s a fixed price. As such a London wage has to be formulated using the same logic. According to the Trust for London, the city's inhabitants need an excess of £2000 per annum to account for the price difference. While this isn’t a precedent, it is a guideline of sorts.

It might feel like you’re spending more but it will likely cost the business roughly the same. If you’re working of off a flat rate, someone on 120k and someone on 20k will be getting exactly the same amount, whereas on a percentage system the difference between the two would 6 times greater.

Implementing a concrete London wage will generate a fair bit of pushback.  Over the years people will try and cut corners to keep the price down.  So make sure the policy is very clear and doesn’t leave any room for “interpretation”. You want to state that the figure will change with inflation and include an area parameter, as well as making clear that the compensation is not an optional benefit but a part of company policy.

5. Include gig-workers and freelancers

They often come as an afterthought but remote and gig workers play a central role in many businesses nowadays, particularly in a supply, delivery or creative capacity.  They are a source of labour but only when it’s needed. However, from the employee point of view, they live in a precarious situation, which is heightened in London.

Providing a London wage for these employees isn’t just about being ‘fair’ it’s about being humane.  Many of them will be living on the breadline. The London living wage is currently set at £10.25, however, this figure is forever going up, so make sure you offer no less than this.