Why working from home policies are a no-brainer

Work from home policies are becoming ever more prevalent in the modern workplace.

Plenty of firms of all shapes and sizes now boast flexible working as a key perk, and what was once the preserve of parents with young children or senior managers is now accessible for employees at all levels. It’s become such a hot trend that it has even garnered its own acronym, WFH. So, what’s driving the rise in its popularity?

Flexible working first entered the frame in April 2003, when the government introduced the ‘right to request flexible working’. When this legislation was first passed, it was designed to apply to parents and certain other types of carers.

However, the law was changed in April 2014 to allow anyone with at least 26 weeks’ continuous employment to request flexible working from their boss. This change also meant that if employers chose to refuse flexible working to an employee, they had to come up with a good reason why.

This increased accessibility to homeworking has certainly contributed to its prevalence, However, on reflection, it’s pretty unsurprising that working from home has risen in popularity over the past few recent years. Commuting certainly isn’t anyone’s favourite pastime. Who would choose to be crammed in like sardines in a sweltering hot tube carriage when you could be at home, in your pyjamas, munching on a croissant and working from the sofa?

Shifts in society and the way that we work have also contributed to this rise in popularity. As cities become more populated and rental prices increase beyond belief (particularly in Central London) commute times are becoming longer as employees are forced to live further out into the sticks.

Flexible working from home has helped to alleviate the pressure of long commutes. Employees can now get on with tasks in the time where they would previously have been traveling.

Not only that, it means that employees are no longer beholden to public transport, or at the mercy of long traffic jams. We’ve all had that moment of panic when you check the train times and realise that they’re all delayed by 30 minutes because of ‘leaves on the line’(?!). If unnecessary stress isn't a valid reason for working from home, what is?

Plus, the influx of new, young talent into the workforce has brought with it a fresh set of expectations and a new approach to work-life balance. Traditional rewards such as boozy company lunches have fallen out of favour in recent years. Employees find little joy in the week-long hangover that follows the office Christmas party and would rather work from home on a Friday afternoon, or shift their working times back an hour. 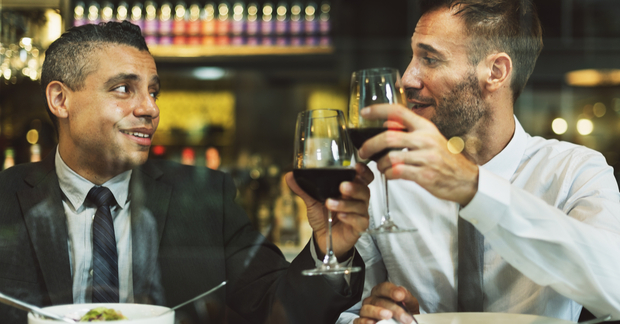 It’s clear, though, that there’s a generational divide when it comes to flexible working. For example, data from Perkbox’s recent Great Perk Search report showed that millennials and Generation Z believe flexi-hours are an extremely valuable work perk. However, remote working didn’t even make the top 10 for Generation X, who wanted discounts on holidays and an office pool table instead.

This shift proves that the values of our workforce are changing, and employers need to keep up in order to attract and retain top talent. Offering a decent salary package simply won’t cut it in the modern world, employers also need to show that they are invested in their employees’ wellbeing, and value their ability to maintain a work-life balance.

It’s proven, too, that working from home has a host of health and productivity benefits, aside from the obvious bonus of escaping the 9-5 travel crush. It allows employees to balance work and home commitments better and makes life easier when it comes to things like moving house, or taking care of children.

How many of us have tried to cram a house move into two days off work and ended up paying through the nose for one-day delivery on flat-pack furniture? Or made an emergency teary phone call to mum when the childminder falls through last minute? Flexible working policies help to alleviate all of that stress.

However, some employers have a long-standing concern that employees will take the Mickey when it comes to working from home. Good things come to sceptical bosses who are able to look beyond their image of employees sprawled on sofas bingewatching Friends. For most, it’s a more productive and free way of working, proving a level of trust between manager and employee. To abuse that trust would be pretty foolish. 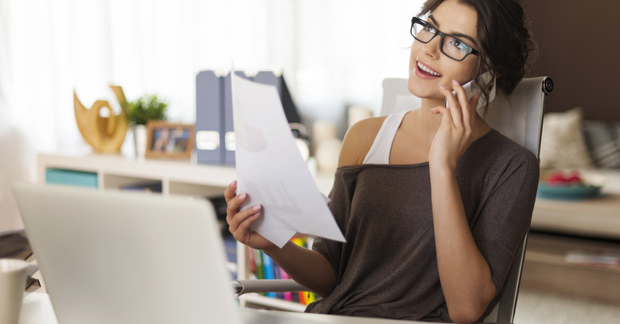 There’s also an assumption that working from home can be quite isolating, as employees miss out on bonding with co-workers. However, there are plenty of ways to combat this, including daily or weekly Skype sessions to allow people to catch up face-to-face, or organising team bonding activities for when they return after periods of remote working.

Plus, there are tonnes of tools which allow employers and employees to chat on a less formal basis than via email. Slack is a great example. Employees can set up different channels for different projects or topics of conversation, thereby promoting a collaborative working approach even when someone isn’t physically in the office.

To test whether flexible working is really all it’s cracked up to be, Nicholas Bloom, a professor at Stanford University, recently conducted a two-year long study into whether working from home was a feasible option. He partnered with James Liang, CEO of China’s largest travel agency. James was interested in giving employees in his Shanghai office the option to work from home as commutes in the city are notoriously long and rents extremely high.

The study took two groups of 250 employees – one group continued working at the company HQ, and the other group were able to work remotely, provided that they had a decent broadband connection and a quiet space to work.

Bloom was astounded by the results. The homeworkers boosted their productivity by the equivalent of a full day’s work per week, compared to those who commuted into the office. A full day’s work! That’s eight more hours of productive, high-quality output.

Not only that, those working from home took shorter breaks and had fewer sick days, maybe something to do with the fact that they were exposed to fewer toxins and germs thanks to their lack of commute.The company also benefitted from this shift to home-working, saving over $2000 per employee on rent by reducing the amount of office space.

This study proves that working from home is not only beneficial for employees but employers too. Saving on extortionate office rental costs is just one benefit, creating flexible work agreements will also help to build trust between managers and junior team members. It’s a move away from micromanagement, which allows employees to thrive under their own steam.

Not only that, allowing employees to have a break from the office environment means that when they do return, they’ll be refreshed and ready to jump straight back in feet-first. And if their productivity is still high when working from home anyway, there’s no reason not to trial it.