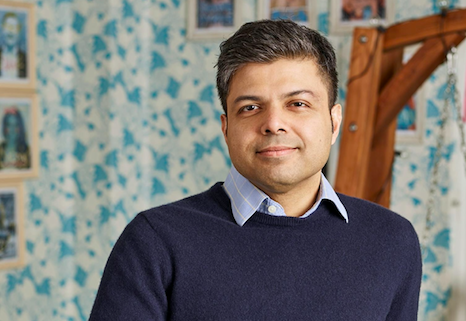 The award, recognises “remarkable businesses” that have been created by alumni, five to ten years after finishing their studies at the school.

But Perkbox did not spring up overnight. The initial idea came in 2011 when we built Huddlebuy, a ‘Groupon for Businesses’. We pivoted three times thereafter.

What led to what Perkbox is today actually came from our customers. We noticed that many of them at Huddlebuy - which in the final stage was a lead generation business, were buying extra licenses for employees to motivate staff and to that end we set off to create Perkbox.

And thank god for that. At one point in our journey, we had just three months’ worth of money left in the bank.

Who would have said, right?

Now, Perkbox has acquired London-based Loyalty Bay, which offers a SaaS platform for the automated delivery of digital rewards.

It also opened offices in Sheffield late last year to meet increased demand and it is expecting to launch new products and start its international expansion plans in H2 2018.

In combination, the Perkbox trajectory remains exceptionally strong and as Perkbox continues to grow, Saurav’s leadership skills have been recognised as a leading force in its success.

“Our winner is an extraordinary example of the power of tenacity and determination. Chopra’s Perkbox emerged after a series of pivots {…}”

Skinner continues: “Saurav is done pivoting for now – but he’s constantly enriching the portfolio of products and having a wonderful time practicing what he preaches.”

“After our three pivots to our business model, we’ve found our true mission. We want to ‘help businesses build a better society one relationship at a time starting from the workplace’.

I feel truly honoured to be recognised at these awards. However, they’re really just an acknowledgement to all the Perkboxers who have done the hard work behind the scenes.

My thanks goes to them”.