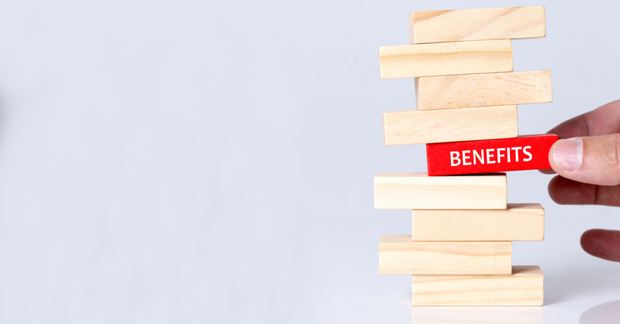 Employee benefits are becoming a dominant force in the job market, with more and more job descriptions offering additional perks alongside a salary.

But what has inspired this change, and why do employees entering the job market care about a benefits offering? Is it a fad or the future?

As an employer, weighing up the pros and cons of offering a benefits package can be an abstract task, with very little solid reasoning on either side. To tackle this lack of clarity, we’ve explored why company benefits have such prestige among today’s employees.

To put it plainly, Britain is broken. It’s said that the average UK citizen only has £95 in their savings account, which is barely enough to cover a boiler service. The tradition of siphoning money, from your paycheck and into a savings account has dwindled, while a reliance on credit-based spending is becoming the norm. A third of Brits have admitted that they are terrible at managing their money.

Are your employees really splashing the cash?

From the outside, to say Brits have a spending problem seems like an accurate summation. Our luxury goods industry is worth £54bn and is one of the largest in the world. The UK’s service industry is a hothouse of innovation, boasting names like Uber, Deliveroo, and Zipjet. As a nation, we spend an estimated £76m a day on going out for breakfast while individually we spend £12 a day on luxuries.

So do employees crave benefits and freebies to satisfy their hunger for consumerism?  Could it be the consequence of a generation that values convenience and instant gratification above all else?

To say so is, of course, a gross simplification of the situation. Looking at some patterns while willfully ignoring others, is how these conclusions are drawn. The average Brit might spend more on breakfast than ever before but they also spend far less on harmful substances. Current trends have demonstrated a radical decline in the amount that consumers in the UK are spending on alcohol, nicotine, and narcotics.  What’s really going on here is that consumers aren’t spending more, they just spend in different ways.

You don’t need to have a degree in economics to see the holes in these arguments, you just need to currently live and work in Britain.  How many of your employees can you confidently say own property and have healthy savings? The answer is probably some but not most. It is with this framework that the need for a benefits scheme begins to become clear. 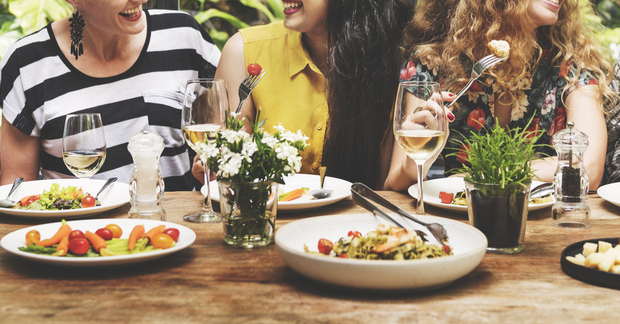 We are cash poor in the UK. But what makes our situation different from, say, France, Germany, or even Sweden? Well, the big one is accommodation. If we look at capital cities across Europe, the UK's major cities are leagues more expensive than anywhere else.

The average price of a rental property in Greater London is £1,500pcm. That’s risen by a quarter since 2011, yet wages remain determinedly behind, experiencing a 10% uplift in the same period. The mean average salary in the UK is £27,000, with London slightly higher at £31,000.

In the same vein, buying a property simply isn't an option for most people. According to a Lloyds Bank survey, the minimum salary needed to buy in London is £140,000, reducing to £60,000 for Edinburgh and £41,000 for Manchester. All of which are way above the average salary and require decades of saving.

The extortionate property market has meant that as much as 54% of an individual’s salary can go on accommodation. Sadly this is a cost that can’t be fixed by even the most comprehensive benefits or salary sacrifice scheme. It just has to be endured.

Once digs are sorted, what happens with the remaining 50%? Well, the next biggest financial sinkhole is transport: according to the ONS, “households are spending the lion’s share of their weekly budget on transport”. The average household in Britain spend £79.60 on transport per week, surpassing expenditure on food and drink (£58), bills (£72. 60) and luxury goods (£50.10).

All in all, this means that the average UK household expenditure is £554 per week.

What’s pertinent about these expenses is that they’re all accelerating way ahead of real wages. So if payday seems like a stretch, it’s because the worth of our money has been slowly decreasing over a 10-year period. There has been a 26.9% increase in the price of groceries since 2008 and as a consequence real wages have fallen over 10%.

This goes some way to explaining why employees are emphatic about having perks. In a way a benefits platform serves as an antidote to the imbalance of inflation; if you can get say 20% of your bill at a restaurant, or £20 off your weekly shop, that goes some way to counteracting the drop in your money's value. 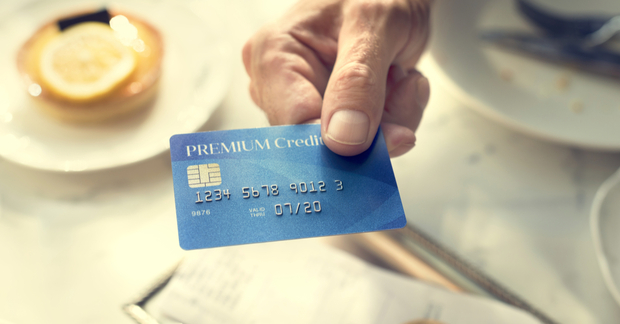 Is the UK spending more than they are earning?

This alarmingly low figure goes a long way in explaining why only one in four adults has savings; there’s simply nothing to put away. We’re walking a fiscal tightrope that is constantly getting thinner – if the car breaks or the washing machine packs in, where’s the safety net?

If you are caught short the solution for today’s generation is to borrow. Over the past ten years, there has been an explosion in credit-based spending. Payday loans, credit cards, and overdrafts have become vital assets for those caught short, leading to depleted funds next time around.

If you are an employer, you’ll also see the other side of the problem: rising inflation and slow growth have resulted in salaries dawdling behind domestic prices.

But this is a false dichotomy: the option isn’t either magically fix the economy or hike salaries above what you can afford. Employers are able to explore other avenues such as salary stretching schemes to help reduce the cost of living significantly.

Offering practical benefits, like cycle-to-work schemes,  home insurance, day-care facilities, or discounts on supermarkets can help alleviate some of the bigger living costs. Meanwhile, providing discounts in other important areas like transport, clothing, and dining takes another sizable chunk out of our daily expenses. With just a few changes we’re able to rebalance living costs and pay cheques.

Taking our own platform as an example, we tallied up the benefits that are on offer – everything from supermarket discounts to free coffees – and found that the average employee could save £1,582 a year. Naturally, the amount will vary depending on how and what you spend, but as a ballpark figure, it’s a significant sum.

If you're looking to improve your employee ’s financial well-being, a benefit's scheme isn’t only a nice-to-have but might prove essential for many people. Even if you’re only able to save staff £100 per month, it opens up doors that would otherwise be held shut by financial constraints. It could make saving worthwhile, it could alleviate some of the pressure that most households are facing, it could leave a little more in the tank for doing the things they love. The best thing about it? It’d be down to you, the employer.