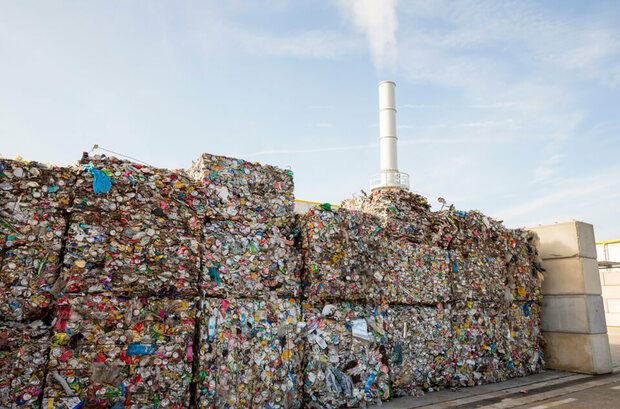 In an age where we are surrounded by information compelling us to live a more eco-friendly existence, many of us are making significant changes to our lives and working to reduce our impact.

But with all the environmental consequences of modern life, you might have moments when you know you could, and should, be doing more to help the planet - these feelings are defined as ‘green guilt’.

You might be familiar with these feelings, but they can often be felt most in areas where you feel your environmental impact is slightly out of your control - for example, at work.

To find out how many people are experiencing this phenomenon and what are the main sources of it, Perkbox Insights conducted a study of 1,864 people.

The key findings include:

It appears that all the information compelling us to live a more eco-friendly existence is working - the study revealed that 83% of UK adults would say that they are conscious (42%), or very conscious (41%) about their environmental impact.

Despite their efforts - the majority of adults experience green guilt

Despite its best intentions, the ample messaging to promote the need for change can seemingly demotivate the public and trigger feelings of guilt.

A huge 89% of adults experience green guilt, with 30% frequently experiencing this feeling.

Almost half have felt judged for environmentally (un)friendly actions

When it comes to why we are feeling this way, it might have something to do with how we are perceived by others. A whopping 47% have felt judged by others for actions that may not have been the most sustainable choice.

Despite being less active in their efforts than older age groups, 18-24 year olds are the age group most likely to regularly feel guilty, and most likely to feel judged for their impacts.

But with price and availability cited as the two most common reasons that hold people back from choosing the most environmentally friendly options - are the factors increasing young adults’ feelings of guilt actually somewhat out of their control? 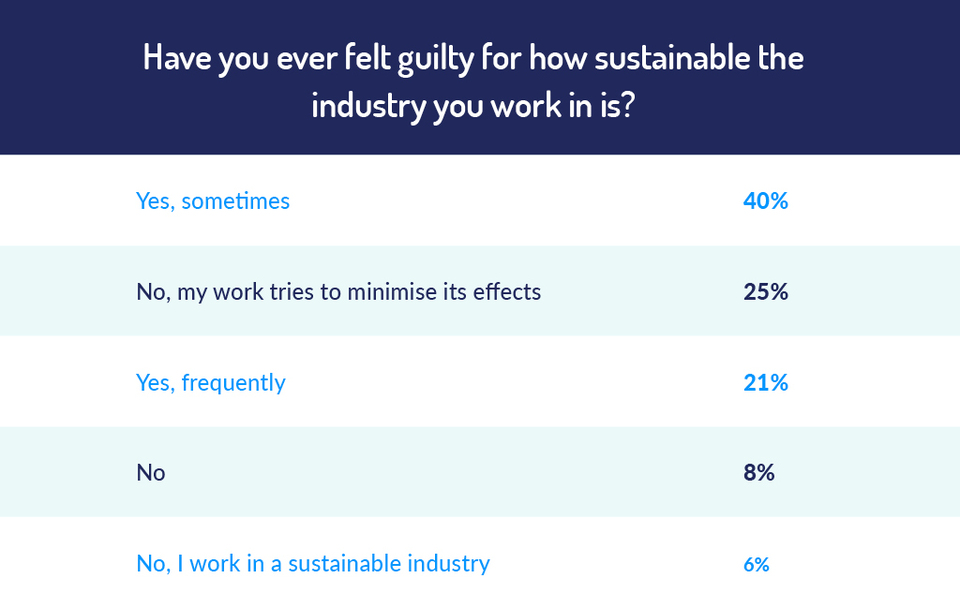 Despite best efforts in our personal lives, we spend most of our days at work, and as efficiency and cost-saving may often beat sustainability to the top of the list of business priorities, are our workplaces adding to our green guilt?

Almost a quarter (23%) of employed adults state that their workplace doesn’t focus on acting sustainably and a huge 83% of adults act more sustainably at home than they do at work.

When asked for the reasons behind this, over 1 in 10 state that their ‘colleagues don’t act sustainably so it doesn’t feel worthwhile’ - showing that we might be a little too easily swayed when it comes to our environmental efforts.

Another 14% feel that it’s hard to make a difference as their company doesn’t ask for feedback, and 33% feel that they don’t have the means to be as environmentally friendly as they would like to at work.

This isn’t just causing people to live with these feelings - it’s also making people rethink their careers. Over 1 in 10 (12%) have considered changing their jobs due to the effects that their work has on the environment.

Unnecessary use of plastic, alongside wasting food and products are most likely to induce green guilt

It seems that the messages surrounding reducing plastic and waste are working and the public sees these as the most easily avoided. 78% feel guilty for unnecessary use of plastic, 72% for wasting food and 57% for wasting products.

The factors that we don’t see as easily avoided and therefore less guilt-inducing are unsustainable shopping with just 25% feeling guilty about this and excessive energy consumption (36%), while just a third (33%) feel guilty about high travel emissions.

Leading to many feeling ‘overwhelmed and stressed’ 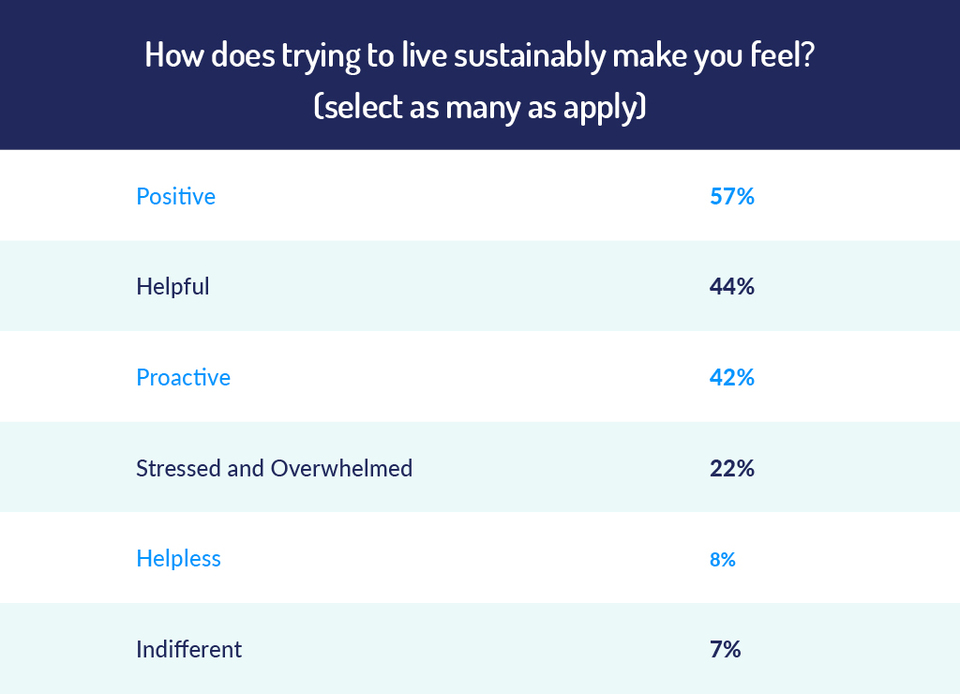 Despite feelings of guilt, on the whole, the UK feels positive about trying to live sustainably (57%).

But these factors do lead to some slightly less positive feelings - almost a quarter (22%) feel overwhelmed and stressed by trying to live in this way, whilst 8% feel helpless and 7% feel indifferent.