Performance-related pay: The devil's in the details

Performance-related pay (PRP) links salary progression to individual performance. While on the surface this appears the epitome of fair pay, the devil's in the details...

What is performance-related pay?

PRP, or performance-related pay, is by definition a pay system that decides the pay band of the employee based on how well they perform at work.

There are many advantages and disadvantages of performance-related pay schemes.

Essentially, performance-related pay can be effective because it gives employees an incentive to work harder to get a bulkier pay packet at the end of the month. The logic behind these schemes is that these mechanisms augment labour market flexibility and generate higher productivity or employment.

In this way, performance-related pay also provides an incentive to advance efficiency, to achieve this ‘higher ability,’ and productivity. This improves motivation, determination and dynamism in the workplace.

The employee may feel a deeper sense of responsibility regarding the company’s results. In this way, PRP encourages company-employee loyalty and can help sustain morale!

That being said, when analysing the pros and cons of performance-related pay schemes, it’s clear that the effectiveness of any performance-based reward scheme largely depends on how good the organisation is at defining, communicating and assessing performance. 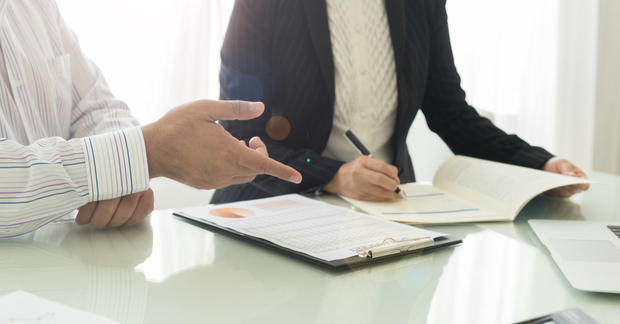 Unobservable skills: The devil's in the details

The difficulty is clarifying the distinction between observable and unobservable ability and the relationship between earnings and productivity.

How do we adequately measure the productivity or success of an individual? Compared to whom? Compared to when? Compared to what? We cannot always easily measure someone’s contribution in numeric terms. Is this hourly? Is this production-orientated? Quantity? Quality? Chicken? Egg? Who knows?

PRP can, unfortunately, lead to distorted notions of where more effort is or isn’t required. This has the power to cause potentially harmful damage in the long-run, or to only produce short-term results.

Performance-related pay studies show that choosing the rewarded employees must be transparent and understandable for everybody else and be based on well-known, advertised and objective criteria.

A licence for bias

The scheme can be a way to exploit favouritism, nepotism (hiring family and using performance as a justification) or cronyism (hiring/promoting friends and using good performance as a justification). Managers may be accused of sexism, racism, ageism or holding generally bias views against someone by an employee who feels they have not been fairly rewarded for their contribution in the workplace.

Some have argued that high bonuses for executives are linked to the strong bargaining power of the executives, rather than their performance.

The reward must be justifiable in order to avoid biases. This in itself is can be challenging for employers. There will always be someone who feels excluded from financial rewards or unfairly treated by their superior. Mangers must be wary of being judged partial or prejudiced, and so must always be able to defend their decision. 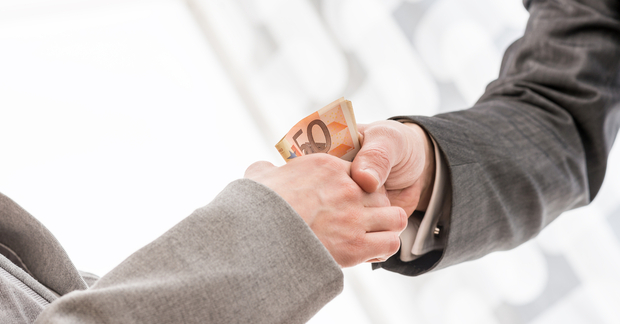 Mental health should also be taken into account when encouraging people to up their performance for better pay.

It is no myth that working overtime can be at the expense of your general wellbeing. Overworking motivated by individual performance-related pay rises could lead to lead to lack of sleep, stress and even depression if the employee does not feel he or she is working hard enough. Working overtime to increase performance can lead to anxiety, which on the contrary, can reduce performance levels significantly.

Furthermore, greater input does not necessarily equate to better output. Just because the employee is working longer hours does not mean that they are producing more better-quality work. In fact, it can mean the opposite: over the course of an eight-hour workday, the average employee works for less than three of those hours. It is clear that longer working days do not necessarily get the best performance from people. Quite the contrary.

"Overworking motivated by individual performance-related pay rises could lead to lead to lack of sleep, stress and even depression"

Aside from this, it could also be argued that because performance-related pay is only a small percentage, the likelihood of the ‘bonus’ having any real impact on the employee may mean that conversely, they are de-incentivised to work harder because the ‘gain’ will have such a small impact on their overall income.

On the other hand, if the bonus on offer is large, this could lead to risk-taking. While a little risky business is encouraged if you want to take your business to the next step, some risks are simply too major and can be damaging for the company and the individual.

So, there are a number of amoral consequences that can arise due to ineffective performance-related pay plans; demoralised employees, a range of unpleasant -isms, generally unfair pay, stress and unrewarded overtime.

Wells Fargo, a major multinational financial services company, experienced a banking scandal in 2016 caused by the firm’s incentive plan. Their PRP scheme triggered “inappropriate behaviour” among staff. The bank rewarded employees with quotas for the number of new customers they signed up as well as the number of accounts they had open each day. 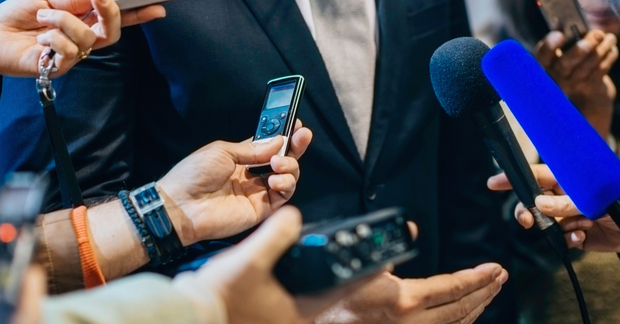 The staff were rewarded with bonuses according to how well they did, based on these quotas. Perhaps unsurprisingly, this led to employees creating fraudulent accounts – 3.5 million fraudulent accounts, to be more precise. This rather unfortunate revelation led to the company being fined a hefty $185 million dollars. Ouch.

Richard Bistrong, an anti-corruption advocate (who, by the way, served jail time himself for paying bribes in pursuit of financial incentives), claims that businesses who fail to see the darker, inner workings of such schemes often only address the corrupt, fraudulent acts at play when it’s too late.

According to Bistrong, there is little incentive for big money-making firms to change their pay structures unless push really comes to shove. Indeed, they fall victim to the attractiveness of easy shortermism, and fail to address the long-term effects of shady pay structures.

In 2013, the British government endorsed a reform to teachers’ pay. One of the requirements was for local schools to introduce performance-related pay for all teachers. The reform also gave more power to schools to decide how the pay increases would work. The schools had to adopt their own frameworks for measuring teacher performance.

Teachers’ performance differ dramatically from one institute/individual to the next. This means that in the education sector, even a truly moderate incentive system in place could yield a remarkably higher variation in pay. 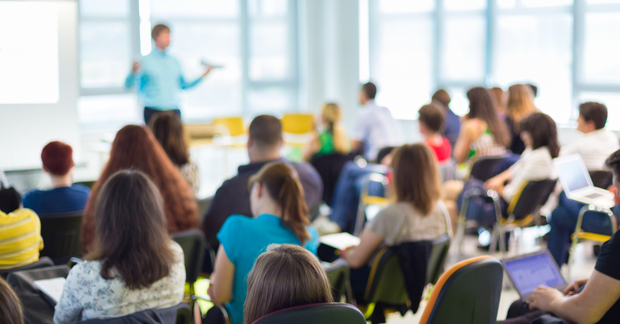 Some schools have preferred to ignore this directive, and have instead continued to embrace annual pay rises, even if only small, to try and retain professors at their institution. It appears that the lack of incentive to maintain this policy based on performance rather than contract has led to a largely unnoticeable impact on pay. In this way, performance-related pay schemes have not had a major impact on recruitment nor retention in the education sector.

It is important to remember that even if the school clearly states that these PRP systems have been implemented, it does not mean that the actual pay awards will vary significantly from the base pay or whatever old system they adopted prior to the reform.

The schools, given that although the reform was mandatory, nothing ‘cemented’ was imposed on the schools, the headmasters and managers of educational institutions were free to pick whatever metrics style they preferred when it came to measuring the value of the performance of their employees.

PRP has been largely unpopular among teaching unions based on the differing levels of what ‘productivity’ means among different departments. How can the amount of work required for an art department be compared to the amount of work required for a maths department? They’re entirely different subjects, no? Likewise, does this not encourage teachers to work in isolation rather than collectively?

It encourages teachers to work in isolation, rather than sharing their expertise. A school is a community. A good teacher should know how to build their students’ confidence by showing them the foundations of working together and the positives of working collaboratively.

What kind of example do isolated, purely self-invested goals give students? It does not support working in a team nor does it support nourishing a healthy, sustainable educational climate.

Likewise, any pay increase is at the discretion of the school. If the school is experiencing financial strain, how can they realistically increase the pay of certain individuals? Or of all individuals, if everyone is doing well? Will these bonuses be at the expense of others?

A fairer approach to compensation

In whichever sector you work for, is there an effective way to ever implement performance-related pay? Can PRP be applied in a fair way? Without provoking outrage? Or, just offering trivial benefits in kind?

Workers are motivated by many factors, not just money. At Perkbox, we know that firms are better off heightening team morale in various ways rather than just financially. This can be achieved by listening to feedback and working on improving the workplace. It can be achieved by asking the right questions: What do your employees work for? What makes your employees happy?

If a PRP system is in place, financial bonuses should not be the only thing up for grabs at the end of the month. Instead, rather than increased pay, the bonus could be tickets to a gig, a weekend spa break, a new gym membership or a pre-paid cycle to work scheme. Perks of the job! 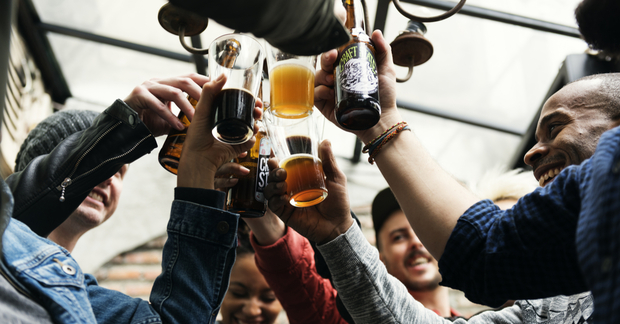 Problems caused by ineffective PRP systems can be avoided by adapting the way in which the company assess performance to suit the company’s ethos. For example, the metrics don’t just have to be profit or revenue, they could be the satisfaction of the customer. This could be monitored by the amount of positive reviews an employee receives.

Alternatively, this could be managed by regularly collecting feedback from other members of staff, rather than one person being entitled to make the executive decision or judgement.

Any performance-related pay system must be adapted to the suit the company and the individuals of said company. PRP systems are by no means a one-size-fits all agenda.

Communication is crucial to sustain a happy, workplace environment. Regular feedback must be collected from employees about their performance and the performance of others.

Employers should be transparent when it comes to distributing rewards. It makes business sense, in any case, to be open about the potential outcome of hard work – how much could be earned – and the process – how this can be earned, why and by when.

Transparency also avoids any stigma surrounding fears of sexism, ageism or racism in the workplace, since employers make clear who is gaining extra credit and why. Without this, it may be difficult for employees to trust their superiors.

While a little competition is healthy among colleagues, it is vital that nobody feels demoralised in their job by overly aggressive performance-related pay schemes. Likewise, companies should want their employees to feel comfortable in their job and to be engaged in their work.

So, financial fine-tuning is only motivational to a certain extent, but beyond that, employees need more than money as a goal. Perks should always be up for grabs, but perks that encourage employees to behave appropriately, to be passionate about their role and to be original in their endeavours. Any potential bonuses should not create tension, nor should it encourage members of staff to act like sheep and goats.