An employer's guide to collective bargaining 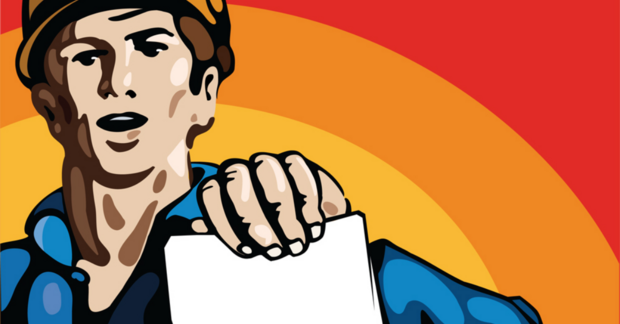 'Collective bargaining, I don't need to know about that, the '70s are long gone!' It's possible you've fallen foul to this sort of reasoning. However collective bargaining is a human right and represents the values of a successful democracy. Here's how it works.

Do you wake up in cold sweats from nightmares of industrial action? Do you hear your employees whispering about their terms and conditions in your company’s shadowy corridors? If so, you might want to learn a thing or two about collective bargaining. 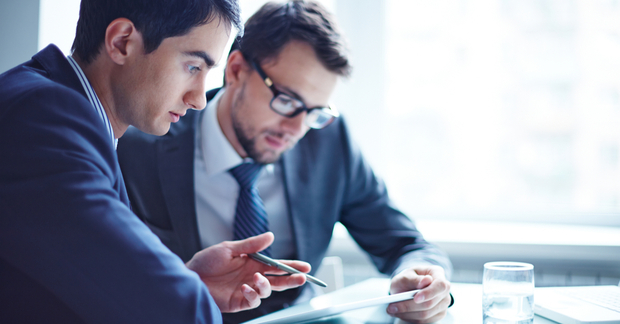 What is collective bargaining?

It is, you’ll be relieved to know, a very simple concept. Collective bargaining is the process of negotiating and updating employees’ terms and conditions of employment. The use of collective is appropriate here because changes agreed upon in this way will affect a large number of employees and often represents the desires of a large chunk of your workforce.

In some countries, such as Italy, changes to employee terms and conditions will often be applied to the rest of the sector. So, in these cases, not only is collective bargaining a pretty big deal, but you can be sure that the topics and opinions you hear will represent many workers. Widespread adoption of bargaining outcomes are much less common here in the UK, but some industries still determine workers terms and conditions like this. Well then, how do so many people’s voices get nicely distilled into one coherent speaker?

Who represents the employees in a collective bargaining process?

Things would get a bit chaotic if all employees sent you a heartfelt open letter requesting a better pension package. There’d be a lot of paper cuts and grammar-cringing at the very least. So, because these matters are often controversial and affect a large number of employees, collective bargaining is usually conducted by a recognised trade union.

This dialogue seeks to match the needs and desires of the union’s members with what the company can offer. This usually revolves around pay, pensions, workers’ rights etc.

Employees need to decide which union they are going to join if they so choose. For many, the obvious option is the union that is ‘recognised’ by their employer. The union can request that it is voluntarily recognised. If the employer chooses not to voluntarily recognise the union, then statutory recognition can be applied for with the Central Arbitration Committee (CAC).

This is important, as collective bargaining in this country only tends to occur with unions that are recognised by the employer. Any bargaining that happens with an unrecognised union is purely voluntary on the employer’s party and is risky for both parties. 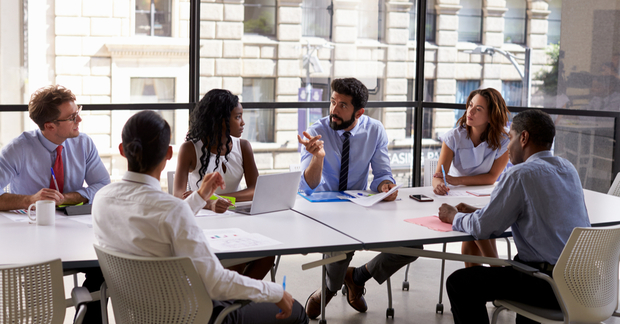 Therefore, as an employer, you should look into recognising a union, as official recognition brings with it certain benefits for the employer, such as assuring that it is legitimately trying to seek the best balance between employee and employer needs.

Now, once talks begin, a team from the union will meet with the employer, and who comprises this team is important. This is referred to as the bargaining unit, and is made up of a few employees of the business who are official representatives of the union; also, full-time union officials tend to be involved as they can offer further expertise with employment matters and legalities.

Often, the CAC will request that a suitable independent person work with the bargaining unit to ensure proper practice. As such, you should be aware already of who in your workforce is the official union ‘rep’. Keeping up positive communication with them is important should something like collective bargaining occur.

The role of this unit is to work out when and how often meetings will happen; how to resolve an issue if no agreement is reached; and what to do if more than one union is recognized. These duties, among other things, are all part of the broader collective bargaining procedure and must all be agreed upon before collective bargaining takes place. 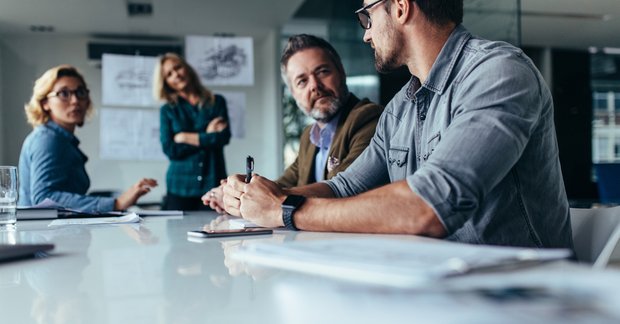 How does the process work?

Right, so you now know what collective bargaining is and who does it/who you can do it with. So what next? Sadly, you won’t receive a list of demands in your inbox, requiring only you to cross out those you disagree with. These processes are often time-consuming. They have to be. The happiness of your workforce often depends on it, and perhaps the future of your business.

You will meet regularly with the bargaining unit to discuss all matter of fine details. Expect lots of legal jargon. Being well read on the current terms and conditions you are offering is essential. And, unsurprisingly, keeping the union reps in the loop outwith times of bargaining will ease this process. Demands will be demanded and offers offered. This process is like any other negotiation, just with loads and loads of people.

However, there are some legal obligations of you, the employer. When requested, you must provide certain information such as pay structure and current terms and fine print to the unions. Companies have been known not to cooperate and have faced legal ramifications. Don’t get caught out. Indeed, it is good to inform the unions of mass redundancies and changes to the pay structure whenever these occur.

What if no collective agreement is reached?

The end goal is ‘collective agreement’, where both parties are happy with the changes to the employees’ terms and conditions. The employer and the union embrace in a beautiful hug that represents the best of capitalist compromise matched with compassion and respect for the people. However, we’ve all heard of a no-deal Brexit, but what about a no-deal in collective bargaining?

Well, there is no simple answer, unfortunately. As the employer, you must make absolutely sure that you have exhausted all reasonable options of negotiation. A recent case, Dunkley and others v Kostal UK Limited, saw the court decree that Kostal had unlawfully bypassed meaningful stages in collective bargaining by negotiating and dealing directly with employees. 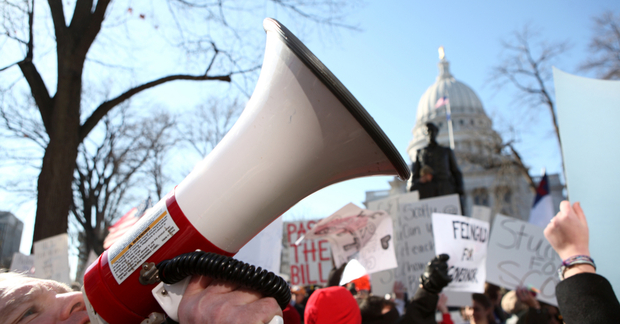 So, first of all, if no agreement has been reached through collective bargaining, try to reach one again. Secondly, be sure that whatever you do is above board and in line with the law, because the last thing you want is to be an employer that suffers the wrath of the unions. This means not going behind the bargaining unit’s back to strike deals with the movers and shakers in your workforce. You may be a killer in sales but leave that ruthless instinct there.

Lingering in the back of your mind may be that industrial action nightmare. Well, this is a possibility, but only tends to happen when the employer has been particularly stubborn and refuses to grant the often already compromised requests of the union. And yes, strikes and sit-ins do your business and your employees damage and are best avoided. As if you needed told.

Why does collective bargaining matter?

Britain was once a land of powerful trade unions. Your very parents may have benefitted from the improvements in pay and worker conditions campaigned for by the unions in the 1960s and ‘70s. Then, for better or worse, came the 1980s, bringing with it bad hairdos, Wayne’s World, and Margaret Thatcher - party time, excellent! Since then, the influence of unions has steadily decreased. This is no more evident than in the private sector, where just 16% of employees have had their terms and conditions of employment negotiated for by unions.

This does not necessarily spell bad news for Jill and Jim in your HR team, as I’m sure your employee relations are tip top. However, it does mean that collective bargaining is much less common than it once was, leaving you in danger of being unprepared if it does come to your doorstep. Furthermore, the unions still have great influence. 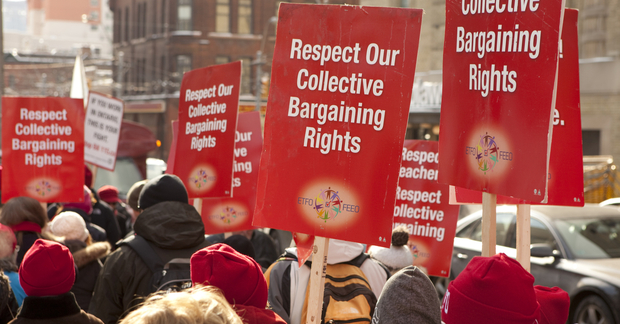 It represents a lot more than simply improving the pay of your staff. For many of us, work is the single most important aspect of our life (after your family, if you like your family). So, to have a voice and a level of control (as enabled by strong unions) over such a crucial matter is indicative of workplace democracy.

This is why unions and bargaining processes like collective bargaining are such contentious topics. To deny the human rights of an entire group of employees is certainly illegal, and, at the very least, you could have your company reputation damaged. However, as we say, your company is only as good as its employees, so collective bargaining should be seen as an opportunity to ensure the happiness and satisfaction your staff get from their job.

Now you know the legalities, the philosophical, and the practical matters involved in collective bargaining. Despite a reduction in union power, this still occurs in the UK and being unprepared is a risky business decision. Happy bargaining.