A guide to reverse mentoring and how can it benefit your team? 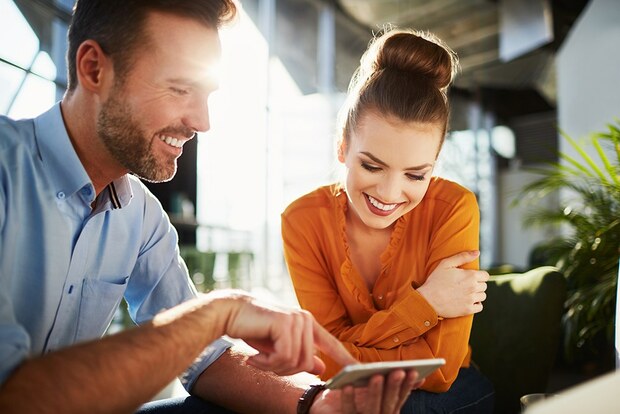 Enlisting junior employees to teach senior colleagues, may sound like a radical idea, but that’s exactly what reverse mentoring is. Everyone has skill gaps, some are tangible, for example, digital skills. Whereas others are more nuanced and can include soft skills, such as listening and communication.

There are many benefits of reverse mentoring, and employers often notice it has a  positive impact on diversity, inclusivity, and engagement. This is why lots of corporations are implementing reverse mentorship schemes within their organisations.

In this article, we:

What is reverse mentoring and when did it start?

Reverse mentoring describes the process of a senior employee formally learning from a junior colleague. As a concept, its aims are to encourage professional relationships regardless of rank and seniority. When two colleagues are paired together, the goal is to exchange knowledge, experience, and skills

We can credit the idea of reverse mentoring to Jack Welch, who was the CEO of General Electric (GE) in the late nineties. You may – or may not, remember that the nineties were a time of rapid digital development, especially with regards to the internet, do you recall the .com boom and crash?

Anyway, most companies during this time were keen to harness the power of the online world. But unfortunately, their senior employees didn't know how to navigate this new way of working. To overcome this problem in GE, Jack Welch asked 500 executives to find new joiners who they could learn from. It was this event that marked the very first reverse mentoring exercise.1

Since its development, reverse mentoring has evolved, just like other workplace learning theories. Today, companies don’t just use it as a tool to bring a multi-generational workforce together. No, they see it as a way to gain a fresh perspective, regardless of an employee’s age. New joiners aren’t necessarily always younger than their senior counterparts. In the tech industry, they may even be older. Yet the knowledge they have of different businesses and ways of working is very valuable and worth sharing. 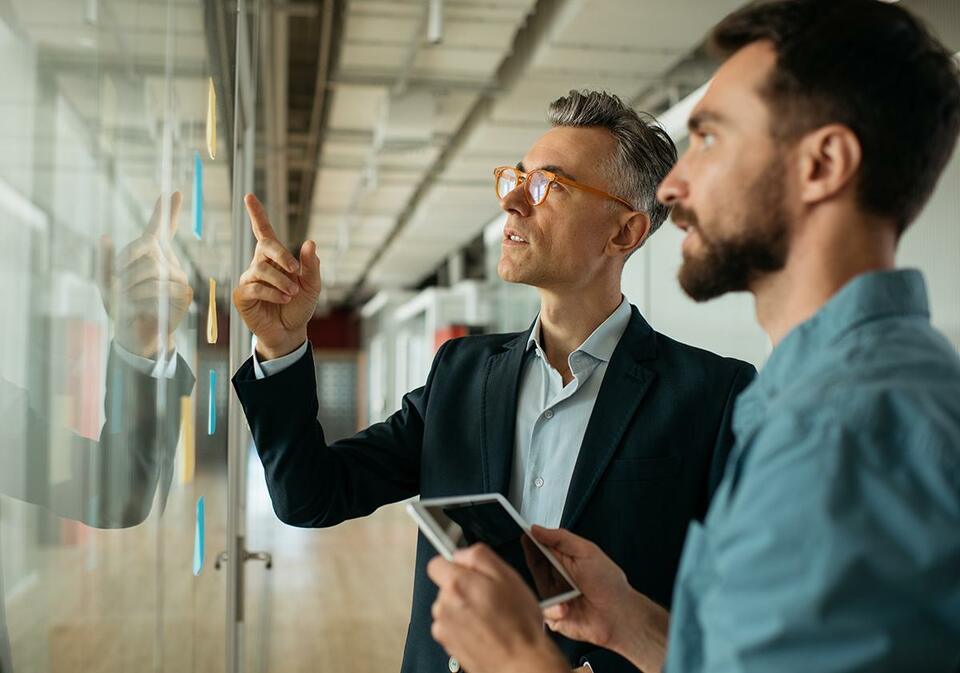 Building a culture of trust and transparency

One of the most effective ways to build trust in your workplace is to support employees when they’re going through a period of development. For example, instead of suggesting a senior leader should find a course to close skill gaps, assign them a junior mentor. Exposing your senior employees to junior colleagues with a range of abilities not only brings them closer together but also challenges how they communicate. There’s no doubt that there are differences in tone and delivery between generations. But by putting them together as a team, they can understand each other better.

Breaking down stereotypes is one of the best things you can do to make your culture more inclusive. Partnering junior and younger employees with more senior and usually older colleagues is highly beneficial to both parties. Why? Because you’re bridging a generational divide and challenging ageism. Ageism is the last acceptable form of prejudice.2 How many times do you hear people use age as a way to explain why someone is finding their role challenging. Be it they’re too young to be a manager. Or, they’re too old to keep up with the digital demands of that promotion. Of course in reality we know many young managers and older colleagues who can learn new technologies when given the chance. Bringing older and younger team members together makes them less likely to make these generalised assumptions. 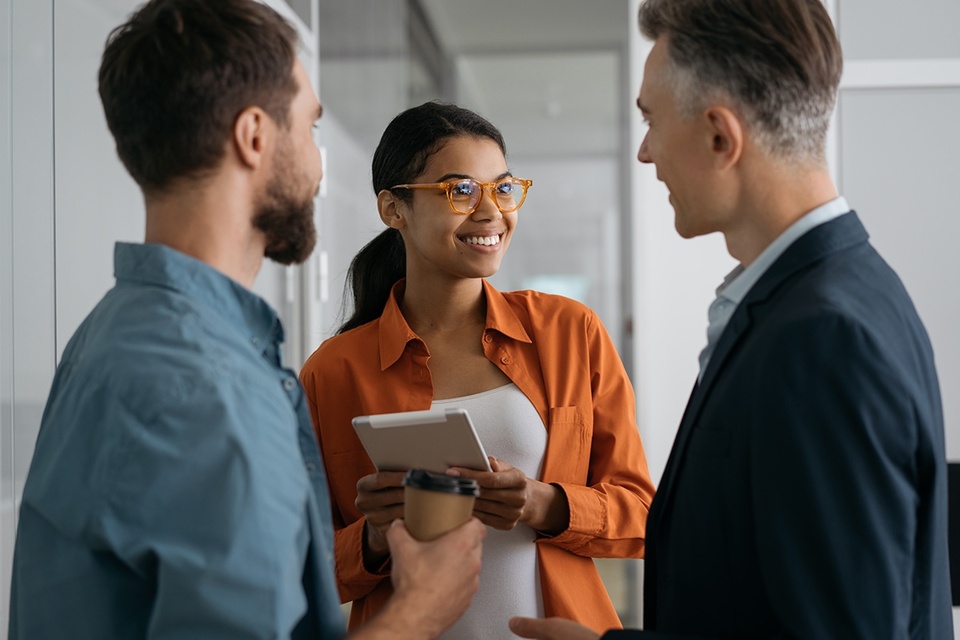 We all know there is a lack of diversity in senior positions. In fact, in just 2020 The Global Fortune 500 list only included 13 women, none of whom were women of colour.3 Well, after letting that sink in, we’ll suggest how reverse mentoring can help turn this figure around. When senior leaders are paired with junior team members from, for example, different genders and economic backgrounds, or minority groups, it’s a stark reminder of how much diversity is lacking at the C-suite level. When people can witness the disparity for themselves they’re more likely to do something about it, as it’s become part of their personal experience.

When we think of reverse mentoring, the cultural benefits are obvious. After all, it brings employees together who otherwise would never have crossed paths. However, not many people know that reverse mentoring is also positively correlated with engagement. According to a 2021 study, software developers who were part of a reverse mentoring scheme experienced several positive outcomes including increases in engagement and performance.4 It’s also worth noting that highly engaged employees are also usually healthier. Consequently, they take fewer sick days and report lower stress levels. All of these positive factors contribute to sustainable growth and revenue. Not to mention a healthy retention rate too.

Obviously, during reverse mentoring the junior employee is teaching a senior team member. However, it’s important not to dismiss the skills the mentee will develop. Throughout each session, they’re growing in confidence. Additionally, they’re also observing the behaviour of a senior leader on a semi-regular basis. Picking up on the traits and leadership skills that make them successful. Moreover, if both of these people stay in the same company for years to come, the leader can coach the mentee on their career goals within the organisation. This probably explains why companies who offer reverse mentoring often see very high levels of millennial retention in comparison with those who don’t. 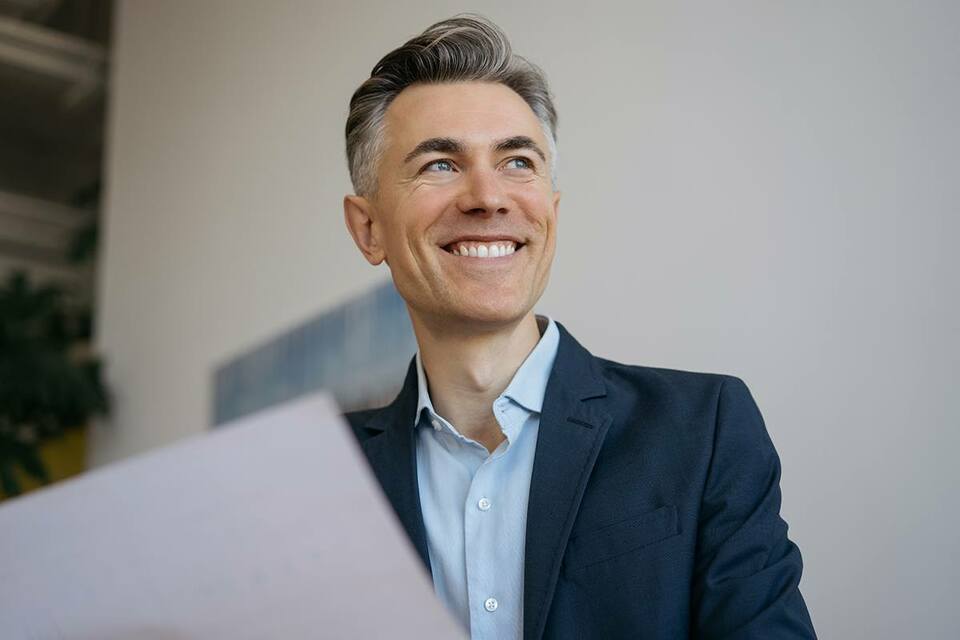 How to create a great reverse mentoring partnership

Every mentorship programme should follow these steps. Each one should be completed in order.

When creating an objective for reverse mentoring, it helps to think about what you actually want it to improve. For example:

Once you’ve got a goal in mind, you need to get to grips with the logistics of the reverse mentoring partnership. This may look like:

When the reverse mentorship scheme is ready, you want your whole organisation to know about it.  Fortunately, there are plenty of ways to do this, but using a comms platform can make this task easier.

Take our Culture hub, you can reach every employee in your business from an easy-to-use app. Simply post an announcement of your reverse mentorship programme and attach a link to the application process.

Here is an idea of what to include in your emails and wider communication:

This process will differ depending on how many mentees and mentors you have. Usually, though, most companies match people on the skill needed and the ability of the mentor to teach that skill. Another thing to consider is any implicit biases you may be unaware of. For example, if you know either the mentor or mentee this could affect how you pair them. For this reason, it’s good to have several people working on pairings to mitigate any biases. 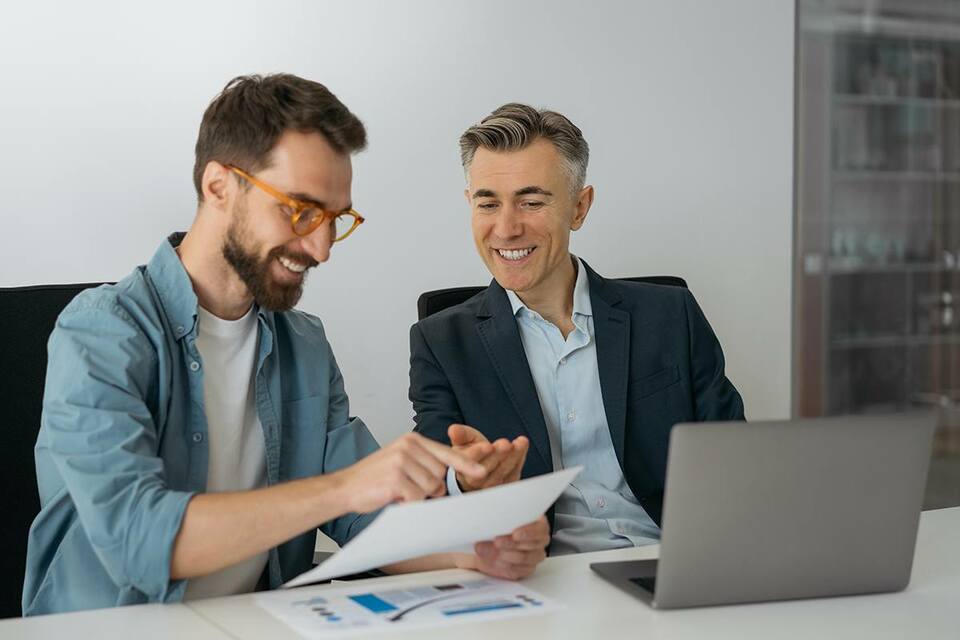 5. Monitor the reverse mentorship programme after its launch

Just before the launch of the programme you should double-check your mentors and mentees have everything they need. Even more so, if your programme is focussing on diversity and inclusion. In these instances you may need to supply additional resources on approaching uncomfortable topics with empathy and self-awareness. To give you an idea of what you should be monitoring we recommend:

The challenges of reverse mentoring don't usually arise form the scheme itself, it’s a great concept that when implemented well can achieve huge success. Instead, reverse mentoring champions may find they have logistical problems, such as:

However, a more difficult issue is not having support from senior leadership. If you’re having trouble getting buy-in from stakeholders, try selling reverse mentorship as part of a wider reward and recognition programme.

Maybe people who join the scheme receive a reward at the end of it, or a special commendation? Either way, including some form of incentive boosts both employee engagement and morale. Which in turn, results in higher revenues, an increase in productivity, and a great employee experience. Not to mention, you’re also reaping the specific benefits of reverse mentorship, which we outlined earlier. It truly is a win-win situation.

If you don't already have a reward and recognition system in place this is a good opportunity to introduce one. With our Celebration hub, employees can send each other recognitions with personalised messaging. This is especially useful for mentors and mentees who want to publicly show their appreciation. Additionally, if a mentee is a manager they could even send their mentor a reward to say thank you. The types of rewards we offer include over 35 gift cards for global brands. 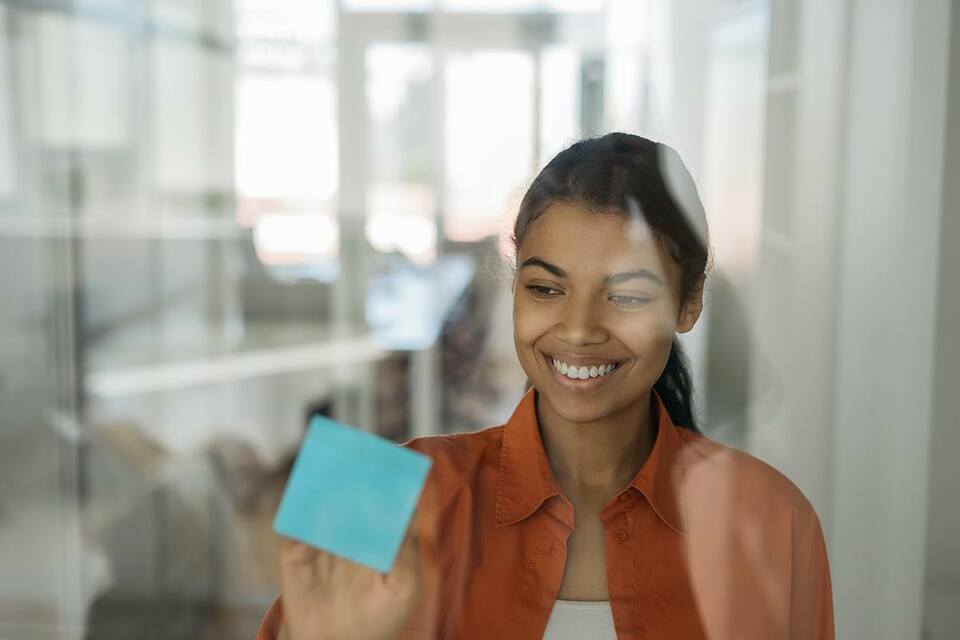 Here are a few of the global corporations who offer formal reverse mentorship programmes:

A reverse mentorship programme can be a very valuable cultural asset, within your organisation. Very few initiatives can bring employees together and get them to learn from the other’s experiences.

If you want to find out how Perkbox can help you get the most out of your reverse mentorship scheme, request a demo and a member of our team will get back to you.

What is reverse mentoring?

A reverse mentoring programme is a process where senior executives learn from junior and often younger mentors – unlike traditional mentoring programmes where the opposite is true. Original iterations of reverse mentoring focussed on specific skills gaps in technology. But now organisations use it as a way to increase diversity, so more minority employees can progress to senior roles. It also gives the younger generation the opportunity to develop leadership skills early on in their careers. As they're exposed to senior management sooner than they usually would be.

What is the aim of reverse mentoring?

The aims of a reverse mentoring programme depend on your business goals. For example, if you want to support women employees more, you may organise a programme where only women in junior positions mentor senior team members. Many senior employees find reverse mentoring beneficial as they gain fresh perspectives that can help them be better leaders. On both sides, employees often say their communication skills are improved after forming a reverse mentoring relationship. As they understand how generational differences can influence behaviour.

Why does reverse mentoring fail?

With reverse mentoring, important things you need to consider include, how you'll tackle any no-shows or clashes in personality. This is particularly important if the reverse mentoring scheme is focussing on sensitive issues such as inclusivity and diversity. If these problems aren't dealt with swiftly, the whole scheme could unravel. This is why we recommend having a dedicated reverse mentoring team, who can deal with problems as and when they arise.

Create a culture of communication with Perkbox

Create a culture of communication with Perkbox

Get more info Get pricing