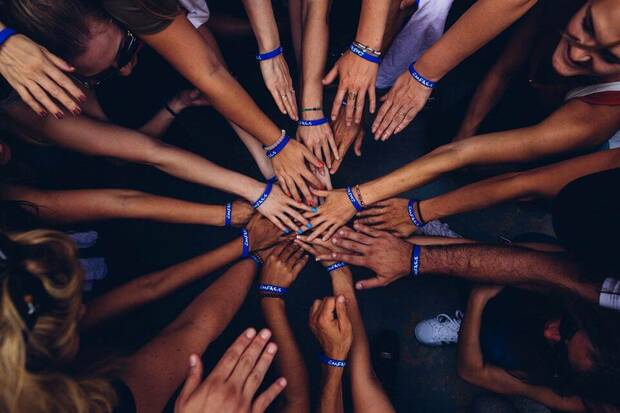 Picture this: you’ve just been given a major project by a brand new client and you’re keen to impress them. You’ll have to call in employees from across the business to get the project completed to the highest possible standard. So, how do you choose a team?

To make this project as successful as it can be, you’ll need good group dynamics. The good news is, we’ve laid out what they are and how to get them.

What are group dynamics?

Group dynamics is defined as “the motivation or ethos underlying the action or behaviour of a group.”

‘But what does that actually mean?!,’ I hear you cry. Put simply, group dynamics is the way in which a group of people interact with one another. This could be in a personal or professional situation, and could be a group of 3 or 3000 people.  It also applies to groups such as sports teams.

Okay, so why do group dynamics matter?

Good question. Understanding the way that a group of people interact with one another and with other groups of people gives us insight into organisation, social behaviours and attitudes on a grander scale than if we just studied individuals.

This insight can be valuable in a business sense. It gives managers an idea of how best to lead teams, how teams might feel about new policies, what sort of new team members would fit in well, and so on and so forth. It can also be used on a wider societal scale, with regards to things like political affiliations or social attitudes, such as spending philosophies or approaches to education. 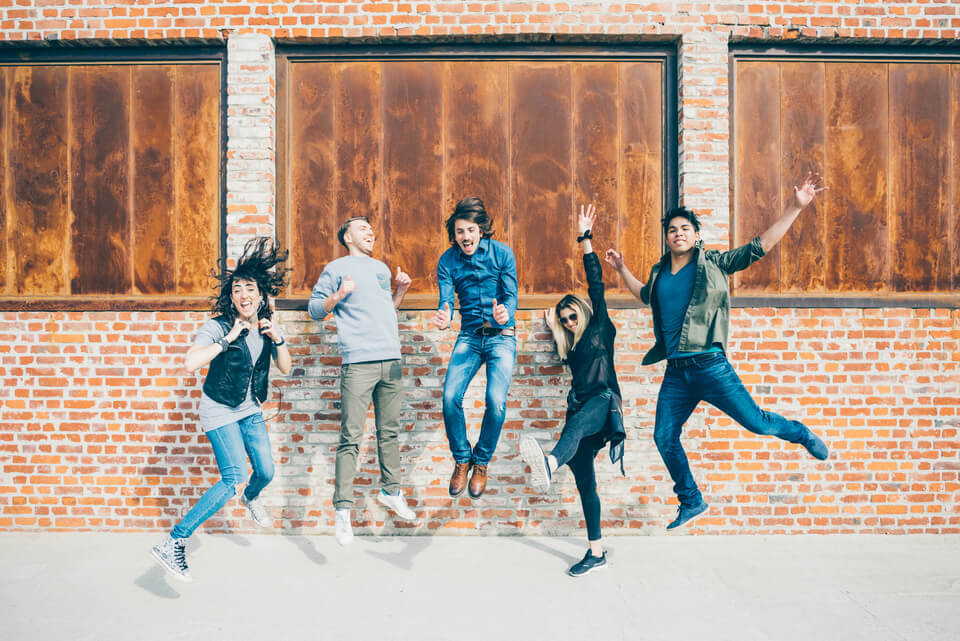 Where did group dynamics come from?

The theory of group dynamics has its roots in experimental psychology - Wilhelm Wundt, who is credited as the founder of the discipline, first put forward the idea in 1912. Wundt was particularly interested in the psychology of communities. He believed that you couldn’t understand collective phenomena such as language and custom by studying individuals alone.

His theory was built upon by sociologist Émile Durkheim, who first recognised the concept of public knowledge, and psychologist William McDougall, who believed in a ‘group mind’ which was separate from the minds of individuals.

The term ‘group dynamics’ was eventually coined by social psychologist Kurt Lewin in 1947. He used 'group dynamics' to describe the positive and negative forces between groups of people. The term has become widely used over the past two centuries in the worlds of psychology and sociology, as well as becoming associated with game theory.

The first person to apply group dynamics in a business scenario was Bruce Tuckman in 1965. He proposed a four-stage model for making decisions as a group, which looks like this:

Tuckman argued that you have to go through all four stages in order to work well as a team, and that pushing through the tough moments is what sets a successful team apart from an unsuccessful one.

Okay, enough of the science

What’s the benefit for my business?

Glad you asked, because there isn’t just one benefit – there’s many, and they traverse all sorts of business areas, from sales to marketing, and finance to HR. Fundamentally, unless you’re a one-man-band, you’ll have a team somewhere within your business. Understanding group dynamics can help you build and maintain happier, more productive teams.

The good, the bad and the ugly of group dynamics

Let’s kick off on a positive note. Achieving good group dynamics within your team is very simple. It relies on four key factors:

What distinguishes an efficient and organised team from a gang of people all shouting over each other? Answer: a great leader. Direction, strategy and people management are key qualities for leaders, especially when dealing with a very large group of people. Electing a leader who is decisive and authoritative, but not forceful, will ensure that your team operates in the most effective way possible. Great leaders also delegate appropriately, ensuring that each person is charged with the right task, i.e. the one that best suits their skillset.

The success of a team is down to each individual member, not one person that simply carries everyone else through. That means that every person needs to be invested in the success of the team, and must contribute to team projects in a relevant and useful way. From a managerial point of view, recognising the strengths and motivations of each team member can help you to understand how that person fits in with the group as a whole. It also allows you to notice any individual gaps in experience that need to be filled by other team members. This safeguards the success of the team as a whole.

Remember Tuckman’s four stages? It’s important for all team members, as well as the team leader, to know about them too. By being aware of the process that they’re going through as a group, they can foresee and understand any problems that might arise and tackle them before they start to derail progress altogether.

This is the big one, and actually, the one that everything else relies upon. How a team communicates with one another can define the success of any project they undertake. Good communication means speaking to other team members with respect, and being honest about what is and isn’t achievable. When working with a team, it’s much better to under-promise and over-deliver.

If you commit yourself to something which you know you can’t achieve in the given time scale, it’s not just your own work that is affected – it’s the whole team’s. Communication can be face-to-face or via electronic methods – it’s what you say, not where you say it, that counts. 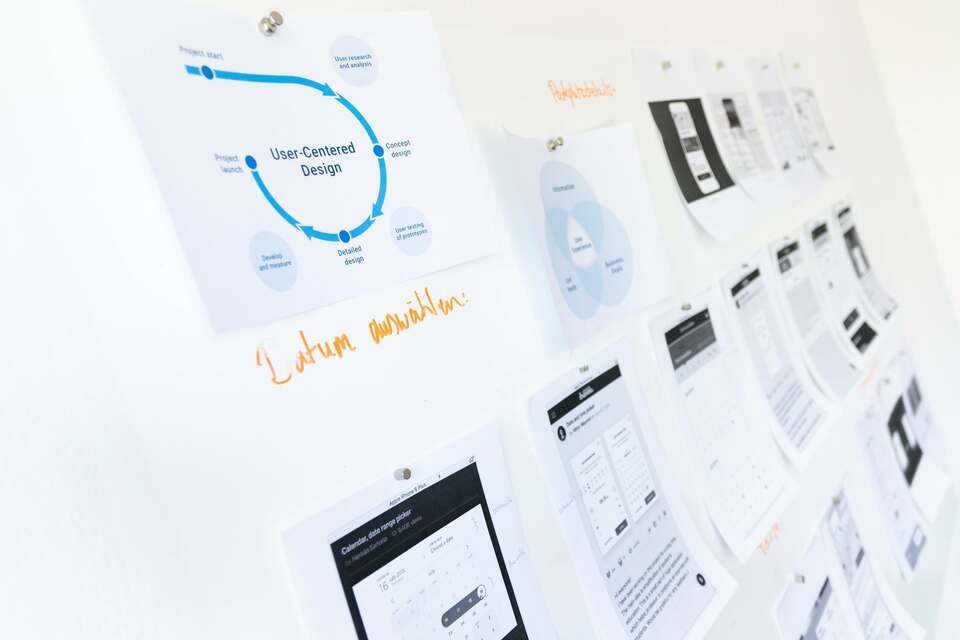 Here are four negative elements of group dynamics –avoid them at all costs.

Just as strong leadership is a factor in assuring good group dynamics, weak or absent leadership has the opposite effect. Not only does a lack of leadership mean that projects are largely directionless and work is inefficient, but a power vacuum can also lead to a more dominant member of the team taking charge. This dominant player may not have the right skills to lead the team, and this can in turn lead to infighting, discord and generally bad team interaction.

This happens when certain team members interrupt communication and free exchange of information within a group. There are different types of blocking roles. These can include the aggressor, someone who is inappropriately outspoken and squashes others’ ideas, the withdrawer, someone who doesn’t participate in discussions, or the joker, someone who introduces humour at inappropriate times and distracts from the task at hand.

The definition of groupthink is when a group of people place their desire to reach a consensus above their desire for the right decision. Groupthink can often occur in groups who do not have a strong leader and are working to a tight deadline. In a groupthink scenario, the team members simply agree on the most popular general opinion, rather than working to find the right answer, because it is more 'convenient' for them. This also prevents employees from exploring all the solutions to a problem.

Free-riders are the group members who take it easy and get away with as little contribution as possible to the overall project. The worst kind of free-rider not only does no work, but also claims all the credit at the end. To prevent this from happening, it is imperative to ensure that all of your team are fully engaged in the project.

How do I make sure I have good group dynamics?

With that in mind, here are a few questions for a hiring manager to consider:

Am I hiring for an existing team or a brand new one?

If you’re hiring a new team member, their personality has to align with those already working in that department. If you’re building out a brand new team, it’s worth doing a group interview to see how they get on. This way, you can eliminate any clashing personalities from the word go.

Do I have a leader for this team?

Likewise, if you have an existing leader that already works within the organisation, make sure that they take part in the hiring process - it’s them that will be managing team members on a day-to-day basis. If you’re hiring a brand new leader, ensure that they’ll have a good rapport by inviting them in for an informal coffee and chat with the other team members.

What sort of project will this team be working on?

This may define your hiring process on a pragmatic level. Making sure that your team has all the necessary skills between them to complete the project is vital, and that could include considering remote workers or specialists in a certain area. This also allows you to consider logistics - if you’re hiring for a 12-month project, there’s not much point hiring someone that is only available for 6 months...

Will all the team members I’ve chosen get along?

This is one of the most crucial questions. If you feel that a potential hire has too strong a personality, for example,  and will overpower the rest of the team, you’ve got two choices: you can either have a frank conversation to ensure that your concern doesn’t become a major problem, or you can find a different candidate that fits in better with other team members.

On a personal level, no-one wants to work within a disjointed team. It makes for an unpleasant work experience. As the hiring manager, it’s your responsibility to do all you can to create a team that can happily and productively work together. 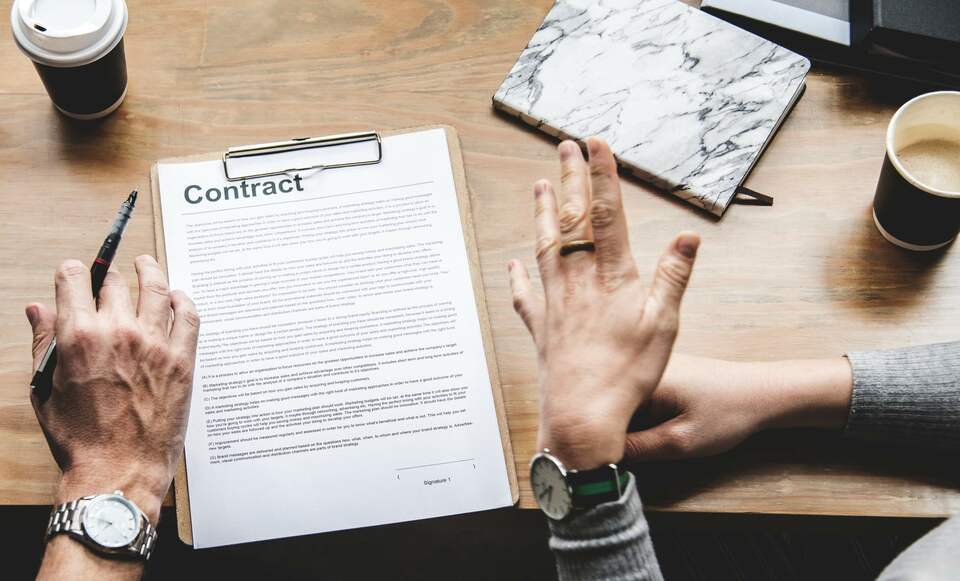 5 reasons why you need an office sports day

Psychometric testing: Should you be using it for recruitment?