What is decentralisation and should you be doing it?

Decentralisation is how executives are able to focus on making the big decisions. But, it's not just about them having the power to delegate. Decentralisation can empower employees, ease business expansion, help prep companies for emergencies and even relieve the burden of day-to-day tasks. Here's how and why.

Decentralisation – don’t worry about recalling your school Politics classes or all that fuss with the Scottish referendum a couple of years ago. This isn’t a lecture on the pros and cons of giving yet more devolved powers to the Scots, the Welsh, and the Northern Irish. No, this is decentralisation in your business, and it may just be the answer to your problems.

So, what is decentralisation?

Well, your initial idea of giving more power to the devolved parliaments and assemblies of the UK aren’t that far off.

The phrase first popped up in the early 19th century in relation to political decentralisation in France, where the bourgeoisie demanded more power from the King in the run-up to the French Revolution.

For a modern example, look no further than the controversial topic of University tuition fees. Scottish students don’t pay tuition fees if they stay in Scotland. When fees were tripled by the coalition government in 2010, the Welsh Assembly footed the bill for the increase for Welsh students. This was thanks to the devolved (decentralised) powers granted to the Scottish Parliament and Welsh Assembly.

So, how does decentralisation relate to you and your business?

Hopefully a lack of decentralisation in your company won’t end up with you losing your head like poor old Louis XVI. That said, it’s definitely worth considering for the benefit of you and your company.

In essence, decentralisation means giving more power to middle and lower-management and regional offices within your company.

It’s been successfully implemented in a number of companies, and there are some good examples. The shoe repair company Timpson is well-known for its employee benefits, which include giving its branch managers a high degree of independence in what services and deals to offer.

Elsewhere, grad schemes that fast-track you into a management position are all the rage in the last few years – you may have heard of Aldi’s grad scheme, where recent graduates can become regional managers within a very short space of time.

Decentralisation has its advantages and disadvantages. The Aldi grad scheme is a good example – of course, decentralisation has allowed them to attract some great graduate talent and put it to use quickly. But, how will older career-men and women feel about some yuppie just out of university giving out the orders on the shop floor?

The main thing you need to keep in mind is that it involves giving away some of the power and decision-making capabilities of top-level management and entrusting them to others. If you’re prepared to do this – great. If not – well, why not have a read of the points below and see if we can change your mind?

It’s important to remember that all of these advantages have the potential to have the very attractive knock-on effect of making your business more profitable. If everyone in your company is happy, motivated, and your customers appreciate your business model, you’re more likely to make more money.

What are the advantages and disadvantages?

Someone in a regional branch accidentally orders 500 BLTs instead of 50. Leaving aside the stupidity of this mistake, what’s to be done in the short-term? If the manager of the branch has the power to decide to sell those sandwiches on a two for one deal, rather than having to go through a whole administrative process to get the CEO’s approval, you’ll be able to minimise your losses and shift some of the sandwiches before they go off.

Obviously, your real-life scenarios are likely to be more complex than this, but you get the idea. If you have regional managers who are able to make decisions for themselves rather than having to wait for top-level management to give the go-ahead, things will happen quicker. 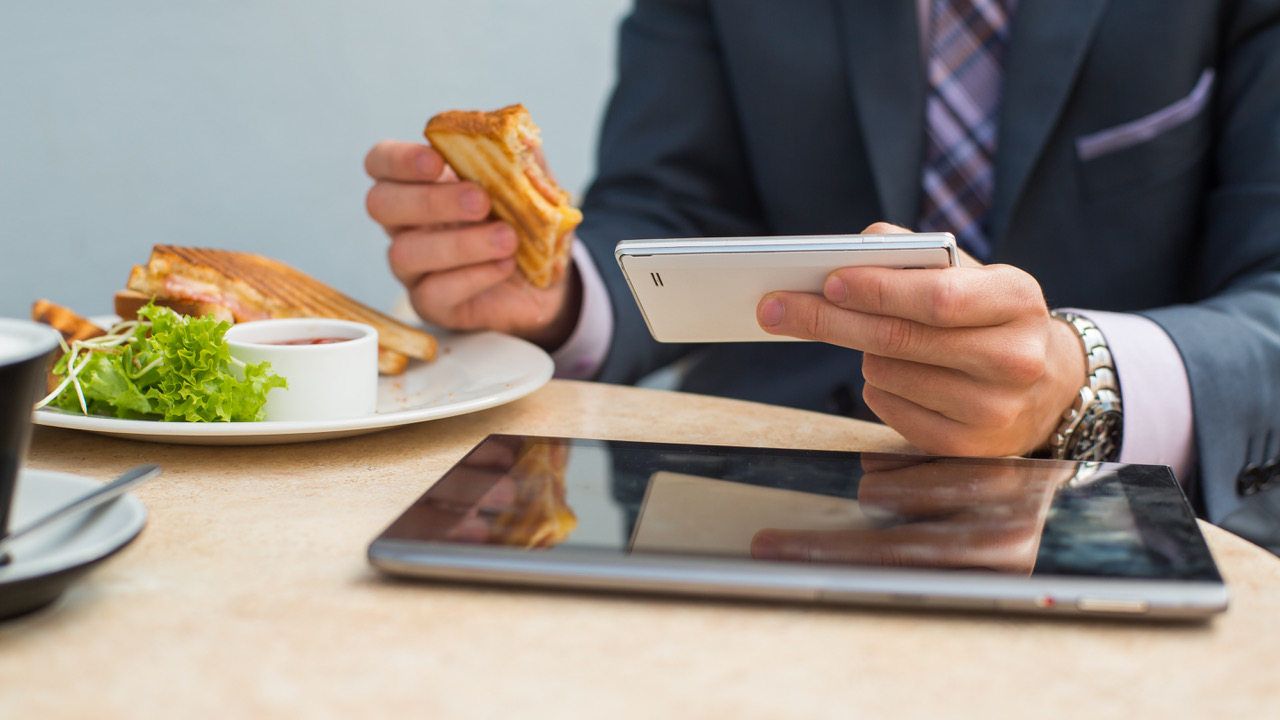 Let’s stick with our sandwich analogy. Customers love to be looked after personally. You in your shiny office in central London may not be best-placed to know what Jill from Scunthorpe wants for her lunch. Coronation chicken, or falafel and hummus? Customers in Scunthorpe may not want the same as those in Chelsea, so let the regional manager decide what to offer.

Jill will thank you for it (or more likely, she’ll thank the regional manager and you can give yourself a pat on the back).

Let’s go back to the Aldi example. If your company has lots of opportunities to get into management at a young age at various regional branches, you’ll appear more attractive to final-year university students and recent graduates - and to anyone else for that matter. This means you'll have a wide and willing pool of talent to recruit from.

If people see that they can quickly climb the ladder too, this leads to…

Rather than feeling like there’s nothing for them to aim for if they’re not working at your London headquarters, employees at regional branches will be able to work towards a management position from the comfort of their Scunthorpe office. This should encourage staff to work harder and allow them to be recognised for their efforts with the offer of a higher position. It's a win-win.

Let’s not forget that there will be a personal benefit for you. If you use a decentralised model, you’ll be able to shed some of the more time-consuming everyday tasks and focus on long-term projects and the wider strategy of the business as a whole.

This will also allow you to (re)focus on giving that personal touch to important clients and to the people you work with. 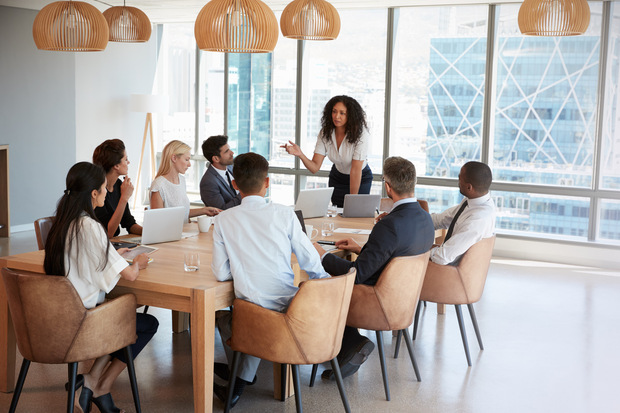 Whilst giving power to many people at regional offices allows for decisions to be made quickly, the increase in autonomy might mean that regional managers come up with different ideas on how to tackle problems. This may also affect the group dynamics within various office.

This, in itself, isn’t a bad thing, but decentralisation makes it harder to maintain company-wide policy. Regional managers, for example, might be more interested in expanding their department rather than meeting performance standards. This can lead to disagreements, especially if regional managers make decisions that inadvertently hurt other parts of your business.

This might seem obvious but handing over power to regional offices will mean that you take fewer decisions yourself. Many business owners may be reluctant to do this, and the whole process requires you to trust the people to whom you grant powers to make the right decisions, which they might not always do.

In some cases, you may not even be aware of the decisions that are being made below you. Remember, though, the buck will still stop with you.

If you’re going to give people more responsibility at your regional offices, you will first of all have to create new titles of responsibility across your branches. You'll either have to hire new staff or pay current employees more for their added responsibilities.

Think carefully about this, if you’re a young business thinking about expansion, you don’t want the increased costs of decentralisation to run you into the ground. Of course, this potential problem may be offset by the increased profits you may make as highlighted above.

Although giving regional managers more control over how they run their respective branches, this may result in a lack of consistency. What if Jill visits one of your branches in Bristol and expects to be able to buy the same sandwich that she always gets in your Scunthorpe branch? She might be left disappointed, and no-one wants an unhappy customer.

If you’re a new company starting to consider whether to expand and decentralise, it’s worth noting that you’ll be giving away some of your spending powers. You have to trust the people to whom you give responsibility to spend money in the right way.

This point is separate to “higher costs” because you might not necessarily be spending more, but you will necessarily have less of a say in what happens with your company’s money. 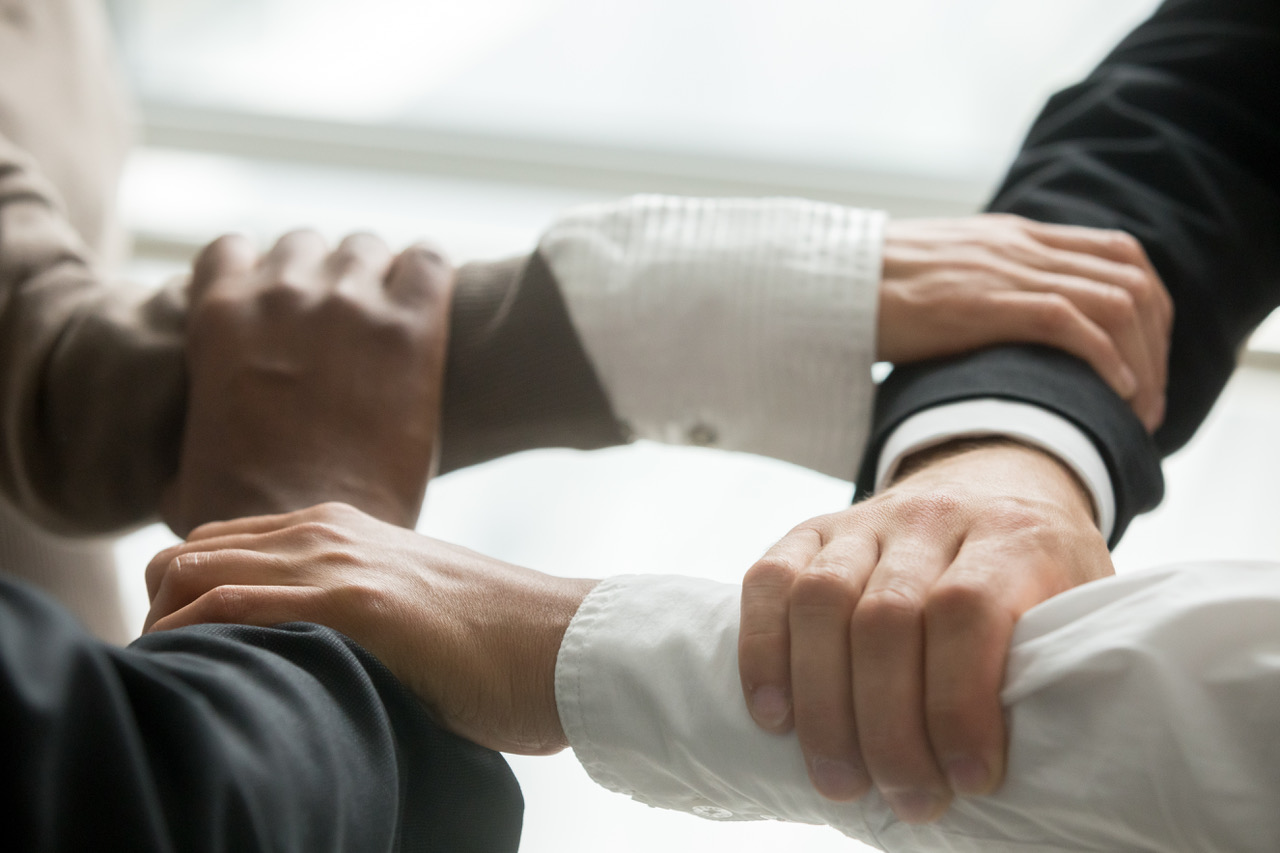 Hopefully you’ve been able to weigh up some of the advantages and disadvantages of decentralisation. There’s no right or wrong answer here – it all depends on what kind of business you’re running and what you value most as a businessperson.

It’s worth keeping in mind that you don’t have to adopt an exclusively centralised or decentralised model. In Search of Excellence authors Tom Peters and Robert Waterman say that the best companies ‘are both centralised and decentralised’. Maybe you’d be happy to decentralise day-to-day activities and retain more important strategy decisions in a centralised way.

The best companies 'are both centralised and decentralised'.

Whatever you decide, be sure to keep an open mind as to the pros and cons of decentralisation. Don’t over-stretch yourself, especially if you’re a young company. Don’t run before you can walk. If you strike the right balance, however, your employees should be happier, you should be more productive, and you should start making more money.