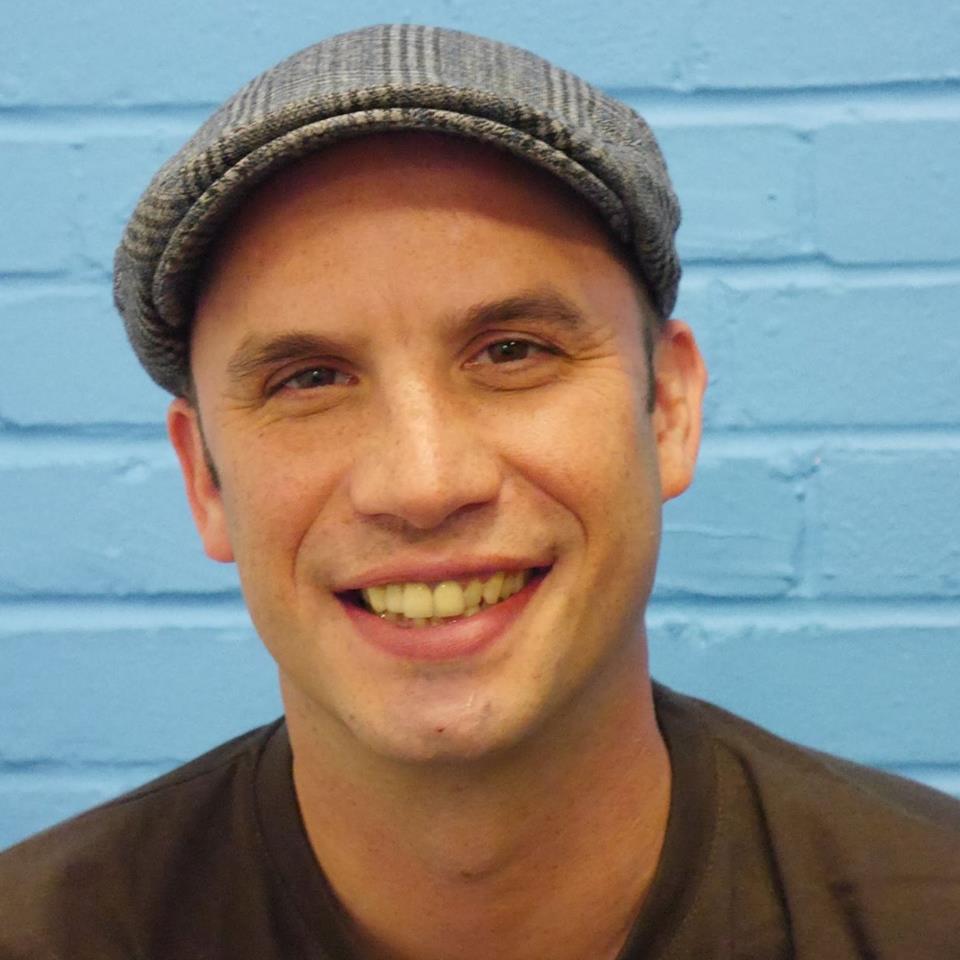 A day in the life of Damir Latte, Talent Acquisition Manager, Perkbox

A decent recruiter is a jack of all trades and a master of one. Not only must they be well-versed in the minutiae of whatever post they're filling, they must also have the wherewithal to find the right candidates and get them through the door.

Nowhere is the job of this part detective, part negotiator, part brand advocate more pivotal than in the tech industry, where headcounts can multiply in days.

High growth is an area Perkbox knows a thing or two about. High growth recruitment is, therefore, something Perkbox Talent Acquisition Manager, Damir Latte, knows a hell of a lot about.

We caught up with him to explore how he secured the talent to transform a fledgling start-up into a 250-strong powerhouse.

We'll look at his most intense stories from the recruitment coalface and, most importantly, his biggest career blunder. 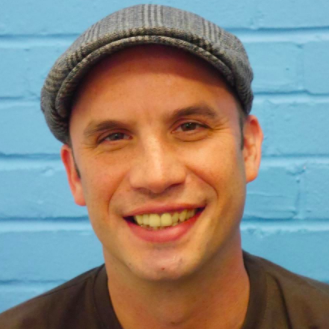 What's been your biggest recruitment blunder, and what did you learn from it?

What's your secret sauce – how do you find good candidates?

It's best to leave no stone unturned.

Reactively – by placing adverts on job boards and vetting applicants. We advertise on a number of general and industry vertical specific job boards, which casts the net as wide as possible.

Proactively – headhunting via sites like LinkedIn. A good tip is to always connect with everyone you source to grow your network, as you add more people to your network your searches will lead you to more and more talented people with the right skill-set.

Referrals. Given that you have hired some excellent people, it should ring true that they know other excellent people. We have a referral scheme in place and advertise all new roles internally, so that people can reach out to their networks and recommend their peers. It's worked out very well so far.

In terms of attracting candidates, it's all about whether there's a good match for all involved. If there is, I talk about our journey as a company to date, plans for the future, and where they would fit in.

Hear, hear. How do you recruit in areas short of skills?

The best example would be hiring tech talent, which is a very candidate driven market. Good developers are keenly sought after, and will always have their pick of opportunities. Attracting good dev talent will always extend further than a strong salary/benefits pitch. Developers want to be engaged, challenged and to have great problems to solve.

Something we do with our product and engineering team is hold regular 'hackathons'. This entails establishing teams to create a working proposition over the course of the day, with the winning idea winning real-life investment, and getting establishing as a perk on our platform. Given that we use a squad-based approach, it's a great way of showing prospective developers how we work, and how much fun life is at Perkbox. Check out the video here. 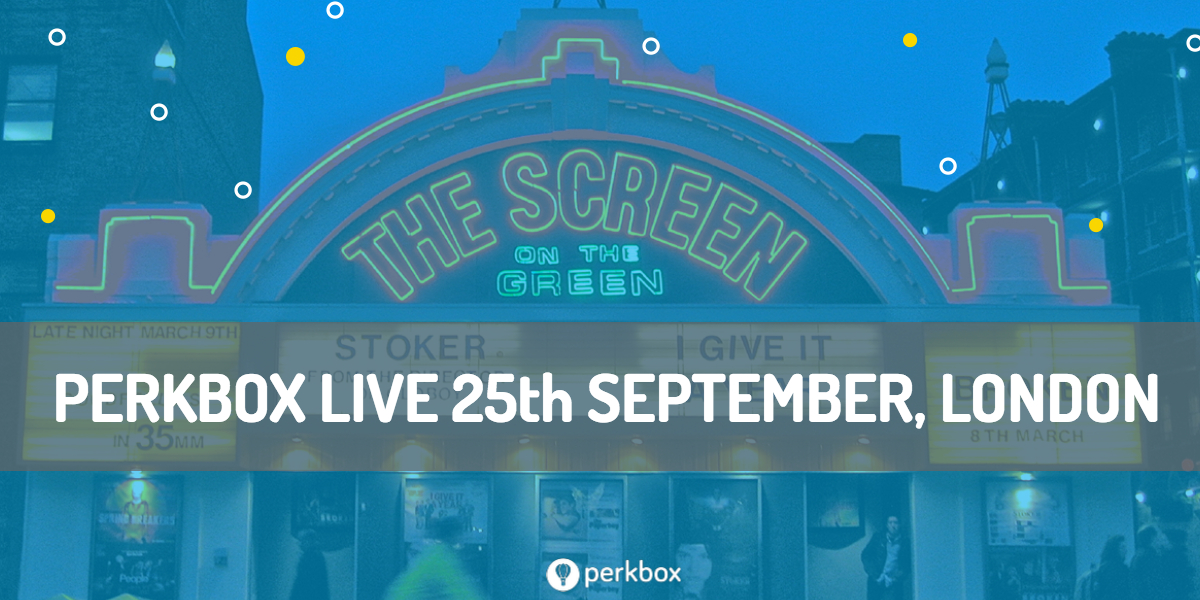 How important is it to find the right cultural fit for the organisation?

It's of paramount importance, cultural fit is as important as any other attribute – especially given that our company proposition centres around employee happiness! We have to practice what we preach in that respect. We have clearly defined company values, and we look for the people we hire to subscribe to those values inherently.

Ultimately, we hope to have created a culture where people enjoy coming to work every day, and we want to avoid hiring people if we would be putting them in a situation where this wouldn't be the case.

How do you ensure you're always recruiting the best people – in terms of skills and qualifications – like, every time?

You have to check your ego in at the door – you can have an opinion, but the department's hiring manager is unquestionably the expert. I can talk all day about the benefits of using one programming language over another, but I can't look at a page of code and identify whether it has been written cleanly, because I'm not a developer.

Similarly, I can talk to a graphic design candidate about what they have done artistically, and what common denominators might exist in terms of what we are looking for, but my appraisal of their portfolio is nigh on irrelevant compared to that of our creative team.

So it all starts with effective collaboration – you need to sit down with hiring manager and discuss exactly what it is that the business needs. It's my duty to osmose as much information as possible from the experts to make sure I'm representing their best interests when sourcing future employees.

"You have to check your ego in at the door – you can have an opinion, but the department's hiring manager is unquestionably the expert"

You also have to make sure that your market intelligence is on point. You aren't going to attract the talent you're looking for if you're offering to pay significantly less than market rate, so we benchmark salaries regularly.

We also make sure that we evaluate candidates in terms of soft skills, and how high – based upon what we have seen – their ceiling is, to make sure everyone we hire has lots of room for progression when they join us.

Go on then, what are the biggest challenges you face in your role?

I have to spin a lot of plates, provided by a lot of stakeholders, all of whom consider their role to be the highest priority! I'll give you an example, I was originally told we would be hiring no more than 38 people this year, and then we brought a new CTO on board and our plans immediately changed. I was told we needed 30 more developers in three months!

So suddenly I had to maintain a constant speed with the rest of the business, while diverting a lot of attention to our product and engineering team. I had to use external recruiters to achieve this, and my hat is off to them – they found us some great people. I found 10 and they found the remaining 20.

The additional challenge this throws up, however, is that you're now juggling phone calls and CV feedback with several agencies, as well as undertaking an increased level of phone interviews and f2f interview organisation. 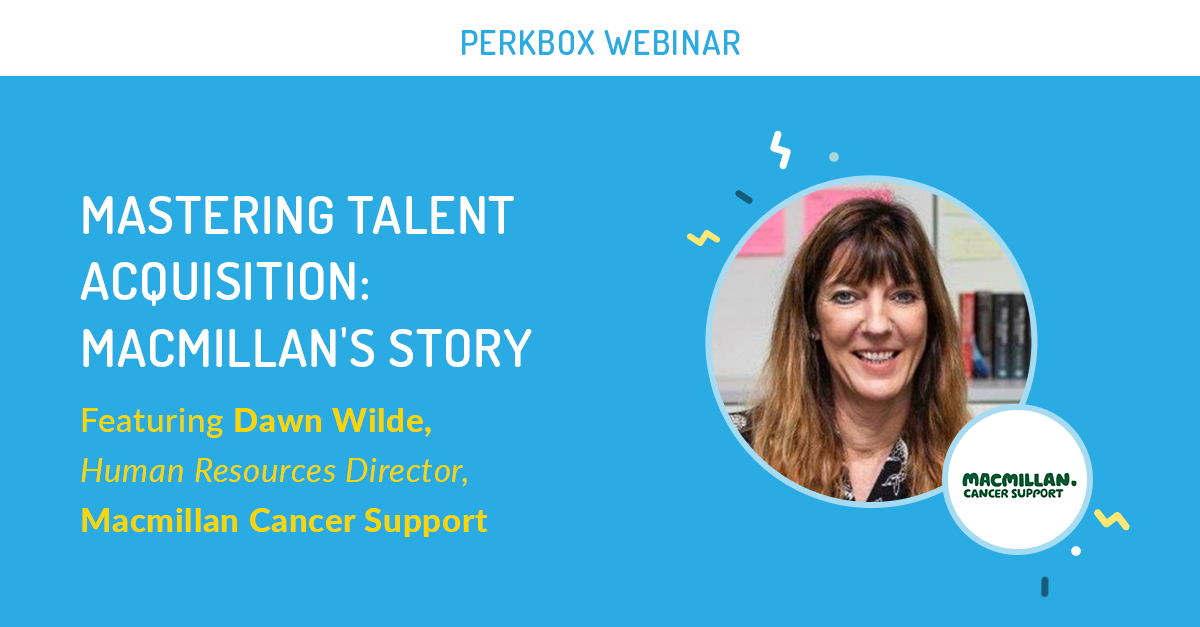 I'm not complaining because it's genuinely exciting to see the team grow and begin to achieve some things you wouldn't have imagined possible a couple of years ago – and obviously it keeps me employed, which is nice – but is it challenging? Yes, it's definitely not for the faint hearted!

A further challenge is that as a company grows to the extent that we have, there will always be a lot of aspirational ideas for hires floating around. It would be wonderful to hire a fulltime DJ or office chef, for example, but this might not be in the best interests of a company that's trying to be judicious with its spending!

My role entails making sure that all stakeholders – hiring manager, c-level and finance – are all on the same page before we greenlight any new roles, which sometimes proves more challenging than you might imagine.

Speaking of culture, can you give us some background on Perkbox's growth trajectory?

This iteration – Perkbox – was born from Huddlebuy, Huddlebuy was founded in 2011, and grew to about 20 people in April 2015.

Perkbox was started as a separate proposition initially, but subsumed Huddlebuy as it grew us from 20 then, to 250 employees today. We have offices in London and Sheffield, and are poised to expand into France and Italy later this year, and are turning our focus globally – we hope to be in every timezone within the next five years.

That's a big old remit you have there. Why's it important to Perkbox that all this is done in house?

It's important for a few reasons. Firstly the cost of using external recruiters always adds up – when you consider the fact I've hired 200 people since I got here in October 2015, that would have been close to half a million pounds in fees. Secondly, with the greatest respect to external recruitment consultants, they don't work for your company, so they won't be able to give as accurate a depiction of the challenges, hopes and aspirations that go along with being an employee.

"I've hired 200 people since I got here in October 2015, that would have cost close to half a million pounds recruitment in fees"

Recruitment is reciprocal. You have to remember you're selling your ideals to candidates as much as they're selling their experience and aptitude to you – internal recruiters are best placed to do this.

Thirdly, cultural fit is the most intangible of all attributes, and if you're part of the culture, you have a better insight as to what you're looking for.

What's your schtick at Perkbox?

I'm in charge of talent acquisition, so basically I hire everyone the company needs. This entails learning about the vacancy, posting internally and externally, sourcing candidates, interviewing and ultimately hiring.

I hire for all functions across the company – that's sales, marketing, account management, finance, operations, partnerships, product and technology – across all levels of seniority.

How to create a winning flexible working policy for your business