Psychometric testing: Should you be using it for recruitment?

Psychometric testing in recruitment lets “science” tell you which candidate is more likely to succeed in their new role. However, psychology scrooges and randy recruiters prick up your ears, for here are some things you should know before investing.

Should you be investing in psychometric testing?

Outlining the benefits, you can see the appeal of psychometric tests. They offer a bias-free way of assessing someone’s ability; they provide you with metrics that cannot be obtained in person; and they can be administered to many people at one time.

On the surface, what’s not to love? It's a chance to let “science” tell you which candidate is more likely to succeed in their new role. However, there are some things you should take into account before diving headfirst into psychometric testing.

Psychometric tests are coming for you whether you like it or not. This is a growing economy that offers the mouth watering prospect of top talent and employee retention.

And yet, with all things psychological, the reality is often difficult to see. Which test is bogus? Which will give you an objective insight into the mind of your next executive? It’s hard to know, especially with their commercialisation disturbing the already murky waters of psychometric reliability.

Psychometrics is a discipline almost as old as psychology itself. The first psychometric laboratories were set up in the 1880s. After years of concerning themselves with relatively concrete measures such as reaction times and memory tests, intelligence tests began taking over. 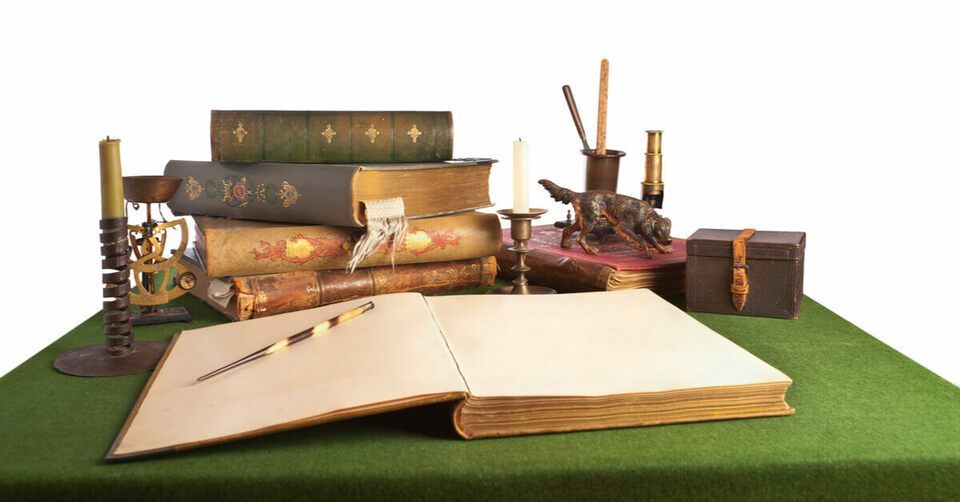 IQ tests are probably the most widely known form of psychometrics. Their corresponding language has worked its way into every day speech such that even childish insults or meaningless brags will often rely on one’s “IQ score”.

Intelligence isn’t the only hypothesised construct that psychometrics has popularised. The ‘big five’ model of personality is often what we are unknowingly using to describe someone to a friend, or how we might profile someone ourselves. Neuroticism, extraversion, agreeableness, openness, and conscientiousness are all traits you’ve likely heard of before, and they form the ‘big five’ that are used often in psychometric tests for recruitment.

So what does my level of extraversion tell you other than I love to talk about myself?

How is psychometric testing used in recruitment?

Knowing someone’s personality, if that is ever truly possible, is all very good, but how does it relate to recruitment? It probably won’t surprise you that someone who scores very low on agreeableness and high on neuroticism tends not to be a good salesperson, for example.

On the contrary, those scoring high in conscientiousness are predicted to achieve well in many jobs. This is the basics of psychometric testing: put someone in a box, calculate how previous box occupants have done in other jobs and make inferences.

It’s an intuitive model that will no doubt reap some reward. In fact, it is being used increasingly at all levels and all stages of the recruitment process. The use of psychometric tests range from filtering out weaker candidates in large scale hiring for junior positions, to delving deeper into the minds of finalists for executive roles.

However, many experts in the industry have warned that those with limited knowledge of the true meaning of these tests are at risk of relying too heavily on them. Over usage of aptitude testing can put potential applicants off, and unnecessary personality assessments can emotionally damage an applicant.

In extreme cases, certain tests indicate the mental wellbeing of an applicant as an aside to the ‘target’ faculties the test was designed for. In cases like these, recruiters may find themselves in a legal conundrum, as mental health is a protected status that cannot influence an employer’s decision.

With this in mind, anyone who applies these tests to potential employees must equip themselves with knowledge of what the tests really measure, what the role you are testing for requires, and the statistical robustness of each test. After all, statistical significance and strength in psychology is very different to real life. So while a test may claim unparalleled statistical robustness, it may still be wrong more than it is right.

Psychometrics and recruitment are a great match

As you may have figured out, a numerical reasoning test may be less useful when recruiting for a giant panda breeder than a data analyst. Maybe their knowledge of Barry White’s discography is more relevant. It’s important to know exactly what skills are required for a job and which psychometric tests measure these. 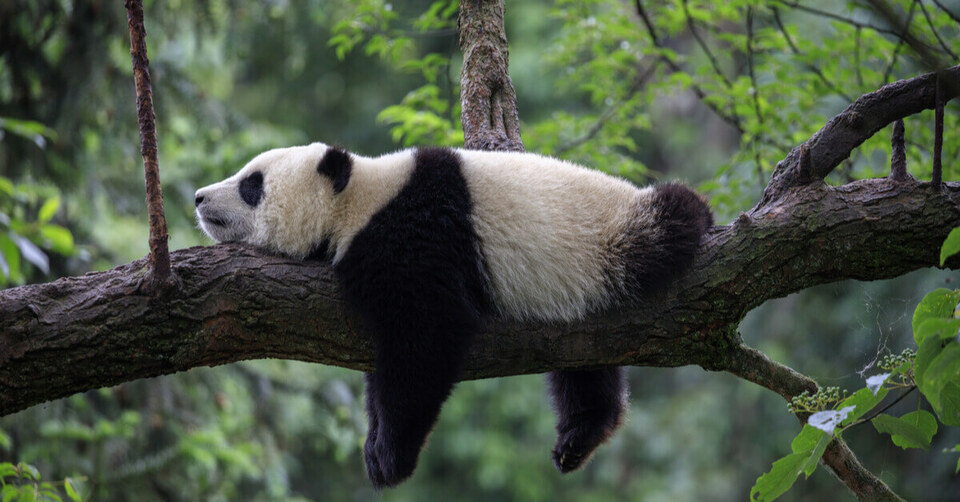 However, if you get it right, targeted testing with numerical, logical and verbal reasoning assessments, for example, can give you an excellent insight to skills that would be hard make out through even the most structured of interviews.

Indeed, this can help show you who, out of a shortlist, really excels with these types of problems. Even better, applying these tests before a candidate applies can save you and the applicant a lot of time. This practice is increasing and the job sites that tend to facilitate such testing will often suggest other jobs the candidate may be more suitable for based on their test scores.

On top of this, companies nowadays are expected to fight in the melodramatic “war for talent”. If indeed there is a war going on, then psychometric testing can be your infantry. There are, of course, many other ways to fight this battle, with employer branding and talent acquisition being just some of many other ways to attract the best.

That said, with talent in such high demand, you might as well use every weapon at your disposal to ensure you are making the right decisions.

What are the stats?

In countries with some of the biggest shortage for talent, such as the Czech Republic, enormous faith is placed in psychometric testing. In a Cut-e survey, 95% of Czech respondents said that selection decisions were based on competency assessments, and 93% expected psychometric tests to contribute to fairer HR decision making.

This brings us to an important strength of psychometric testing. If you consider yourself to be a particularly bigoted individual and worry that your damaging beliefs will land you in a discrimination-related pickle, psychometric tests offer a far more objective way to initially assess applicants than scanning their cv and pictures.

Humans are innately subjective, it is almost impossible to know how your subconscious bias may influence daily decisions. Hence, it is argued that, although many criticise such assessments for favouring certain demographics, they are still a more objective measure of ability than bias-prone individuals.

These benefits of psychometric testing combine to paint a pretty picture of their use in recruitment practices. I’d tend to agree, despite my hesitation to cite their value to science, that they can be used effectively in HR and recruitment. However, there are still things to look out for. 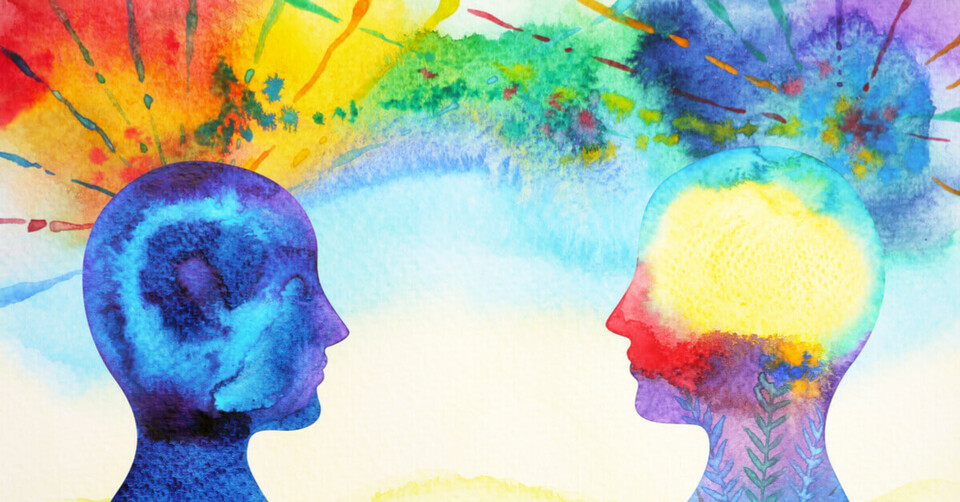 Like any commercialised form of psychology, once or twice replicated studies will quickly be branded and sold as miracles. Even if the academics themselves don’t promote this, folk psychology tends towards fervour when any study offers a quick fix for something.

Always exercise caution when psychometric testing firms offer you this or that test for all your varying recruitment needs. Remember, they are there to spin a profit and you must be vigilant and informed.

My wariness is because of the word “science”. When it comes to the “science” of psychometric tests, think less Newton’s laws and more theories, hopes, and dreams. The psychological constructs that the developers of these tests “discovered” have not been proven. They might exist, but they also might exist in a very different way to how we perceive them.

What you need to know is that, unlike Newtonian laws, the correlations these tests depend on are frequently contradicted.

Yes, in psychology, a correlation of 0.5 is usually considered very strong. But what this actually means is that the variable (such as conscientiousness) predicts the outcome (such as job performance) correctly just 50% of the time. Basically, it’s wrong as much as it is right. That’s why it’s useful to know which tests are supported by studies and which have returned a few positive correlations and found their way to market.

Additionally, this is why relying completely on psychometric tests is a risky business. Despite the multiple benefits they offer, they still make mistakes, and human judgement is crucial to cut these out.

Combined tests for the win

It seems to be that, with many things in life, a multi-pronged approach is the best. Why use a trident when a fork is better? You should be combining psychometric tests with regular interviews, on-the-spot problem solving, presentations, and consultation with other recruitment team members.

This should go without saying, but many managers lazily allow psychometric tests to show them who to hire. After all, the only thing that psychometric assessments can officially conclude is who the best test-taker is.

So, if Sally’s personality profile doesn’t match your ideal panda breeder, but she and the pandas have a whale of a time, then trust your instincts. Psychometric tests are undoubtedly valuable and you should probably be looking to use them. But, don't use them alone. Use them to supplement your already well developed recruitment strategy.

Want to invest in the employee experience?

Get a quote Book a demo

What is efficiency wage theory?

Why the recruitment industry is failing to retain talent