How to avoid a demarcation dispute 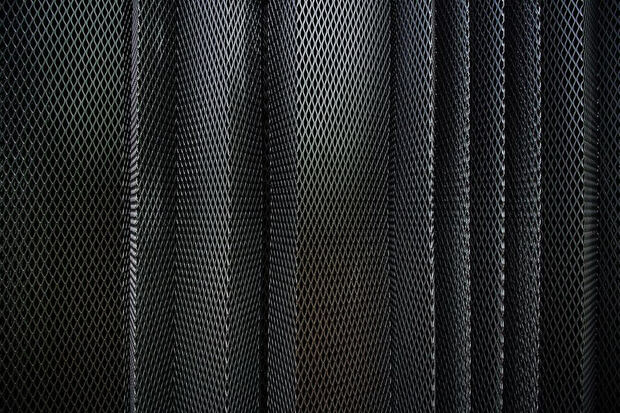 A de-mar-whatnow? You’re probably thinking that this is some sort of incomprehensible professional jargon that, along with “cascading information” and “blue-sky thinking”, belongs in the business bin.

Well, not quite. It’s just a complicated and slightly archaic way of describing a common issue, and one that arises particularly in large corporations. In fact, it’s something you may have had to deal with in your own working environment, even if you didn’t refer to the situation using the “demarcation dispute” terminology.

First of all, let’s break down what it means. Then we’ll see where this sort of mysterious issue came from and how it manifests in modern workplaces. This will then enable you, dear reader, to ensure that you don’t end up with a demarcation-based headache in your own workplace.

What is a demarcation dispute?

Picture this: you receive an email from a client, requesting a piece of information that technically, because of your job description, you shouldn’t be in possession of. However, because you’ve been in a similar situation before, or simply because you’re a clever clogs, you happen to know the answer to what they’re asking. So, even though it’s technically outside of your remit, you respond to the client’s email.

Now, imagine just as you’re sending that email back, your colleague, whose job it technically is to respond to queries of that nature, comes over to your desk. She reads your email to the client and informs you that it was her job to respond, not yours, and she’s not happy about it.

She believes that you have “stolen” the work from her, so goes to her line manager and informs him of the situation. Her line manager tells your line manager and this creates a whole massive hoo-hah, which results in you, your colleague and both of your teams going on strike until the whole mess is sorted out.

The initial conflict, the one that led to a larger conflict, and finally the strike: these are collectively referred to as a demarcation dispute.

Where did they come from?

We know what you’re thinking: “well, that just sounds incredibly far-fetched. Who would go on strike over an email?” While it does seem somewhat extreme for a small dispute to escalate into widespread industrial action, that scenario is actually representative of how demarcation disputes began.

Demarcation disputes have their origins in the 1960s and 1970s, when trade unionism played a much larger role in workplace relations than it does today. Labour’s clear election victory in the 1945 election paved the way for the rise of trade unions, as the government was more in favour of these organisations than the previous Conservative cabinet had been.

The Labour government also nationalised industries including coal, rails and docks, and created the National Health Service, which created an unprecedented demand for worker representation. 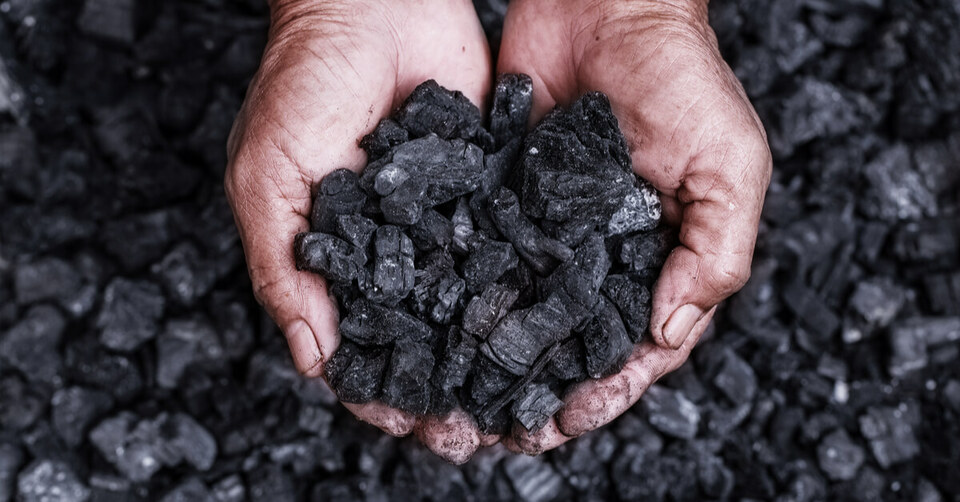 The sheer number of organisations often posed problems in deciding which workers were represented by which union. Not every single worker had a single trade at that time, as workers in rural areas would often be skilled in more than one area. If you were both a carpenter and a metalworker, for example, how would you decide which union to join?

This confusion also led to conflicts between the unions themselves, as a result of (here it comes) demarcation disputes.

Imagine you’re a metalworker and you’ve been provided with some sheets of metal to weld together. You notice that one of the sheets hasn’t been painted, so you decide to get on with the job, as you’re not half bad at painting and you’re keen to get the job done. The painter comes along, notices that you’ve done the painting for him, and gets angry at you for effectively “stealing” work from him, which he now can’t bill his employer for. He tells his union, they contact your union, and it all blows up into a big kerfuffle, with both of your unions striking.

Does this story sound familiar? Although it’s slightly different to the modern example we gave at the beginning (their's are unions instead of line managers, and painting instead of emails), the themes are essentially the same.

These historical demarcation disputes accelerated with the growth of the unions until they were mostly quashed by Margaret Thatcher and her treatment of the miners when they went on strike in the 1980s. After that, unions never really recovered their influence. However, demarcation disputes still happen today, both in public and private sector workplaces.

How do they manifest?

Modern-day demarcation disputes result from the remnants of industrial action in the 1970s that still exist in some workplaces. One such example is within the public sector, as the volume of national and local government agencies means that certain tasks sometimes fall into crossover areas. 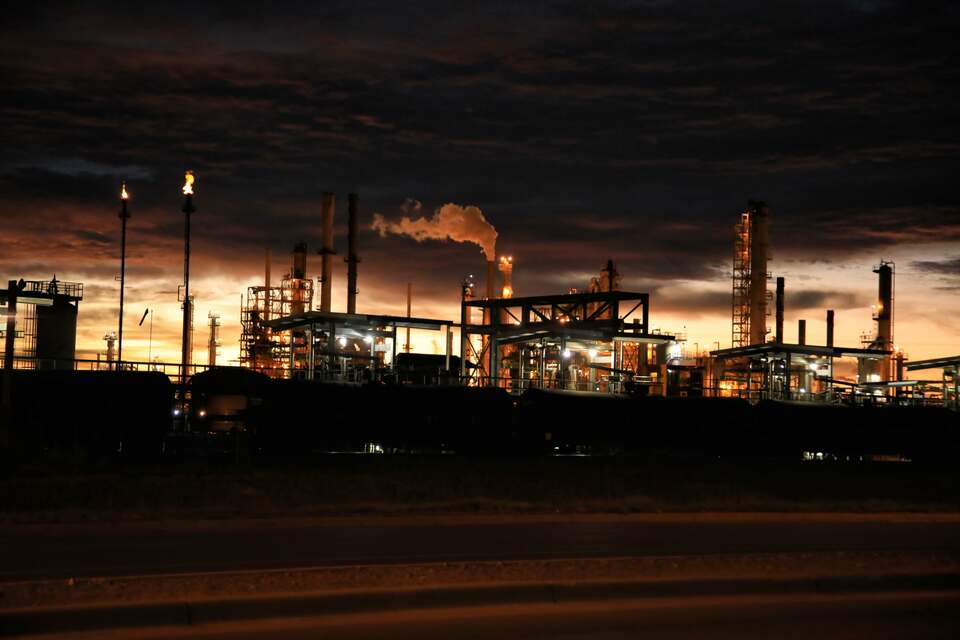 In the private sector, contemporary disputes are more likely to happen in larger companies with many departments, especially those with overseas divisions. And although there’s much less likelihood of unions becoming involved and strikes taking place, crossing demarcation lines could lead to disputes between staff, and managers having to involve themselves to solve issues.

Why do they arise?

At their crux, demarcation disputes are caused by the existence of highly defined and hyper segregated roles, which leads to situations where jobs end up not being done by the right person. This then leads to conflict over responsibilities.

Although many permanent office-based roles are now salaried, or at least paid by the hour and not per task, it can still be stressful for staff members if they feel that someone else is taking on tasks that they shouldn’t be. Worse, it’s a real headache for managers if jobs end up not being done because no-one knows who is responsible for doing them.

On a wider scale, demarcation disputes can arise if you have a personality or methodology which conflicts with your workplace. If half of your team are always looking for things they can do to help out, and the other half are keen to stick rigidly to their prescribed role, you’re going to end up with a few clashes.

This could also lead to larger problems, with staff having to change their way of working when dealing with different team members, or worse, change their entire workplace philosophy. This is a fast-track way to an unhappy team, and will result in staff quickly moving on.

How can I avoid one?

When you look at all the history, you’d be forgiven for thinking that demarcation disputes were an unavoidable feature of a workplace. But they’re actually very easy to avoid – simply follow these top three tips.

1. Get rid of ultra-prescriptive job roles

A little flexibility never hurt anyone – in fact, it’s essential for eliminating demarcation disputes. You will have a fairly decent idea of the sort of things that your business will face on a daily basis, be that client requests, customer service calls, managerial issues or the like.

But always be prepared for the wild card. If your departments are too segregated, when an off-the-wall query comes in (and it will), you’ll be dithering for hours trying to figure out whose responsibility it is to deal with it. Do away with that.

2. Hire based on skills, not experience

This is great advice for solving a whole host of issues, but it’s particularly relevant for demarcation disputes. In the modern world, workers tend to have an arsenal of skills that they have built up in a range of roles and industries. This actually makes them more rounded, more capable, and more willing to have a crack at things that come across their desk – so celebrate that.

Slot employees into your business based on where they’d fit best, not what their last job title was, and you’ll find that things flow much more efficiently.

Most important of all for avoiding demarcation disputes is having a team that works well together. Work on fostering good communication and a friendly atmosphere, as well as building a team that’s all on the same wavelength, and you’ll eliminate problems before they begin. Plus, it means a happier working environment, a more cohesive team, and a generally nicer 9-5 – and who doesn’t want that?

If you follow this simple advice, you can be sure that demarcation disputes remain a thing of the past. After all, there are plenty of great things that came out of the 1970s (ABBA, Queen, Space Invaders) that we still celebrate today - but demarcation disputes are best left in the history books.

The definitive guide to employee relations

What is meant by fringe benefits?

Three ways to kickstart your recognition and reward strategy