How to survive your workplace appraisal 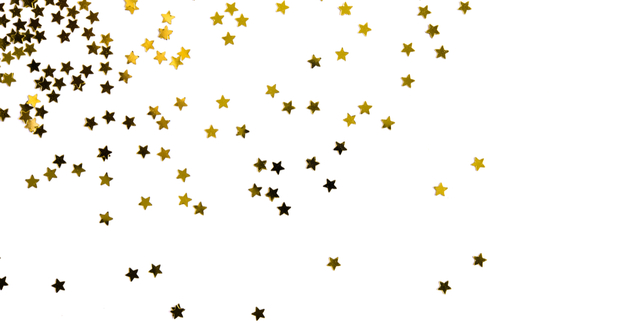 Appraisals have a fearful reputation. But it’s unwarranted. After all, they're just chats about work between two people who work together every day. But play your appraisal well and it can open the doors to a world of opportunity and progression.

The atmosphere is tense for days. One by one over the course of a week or so, colleagues stand up randomly with a notepad and pen and disappear off for an hour with their line manager. They both return an hour or so later, looking a little shifty.

Appraisals seem to have a fearsome reputation, or, at least, seem to be shrouded in mystery. It’s all a bit unwarranted. An appraisal is just a chat, after all. A chat about work. Between two people who work together every day.

What is an appraisal at work?

Let’s define ‘appraisal’: An appraisal is just a formal assessment of someone, usually over a particular period of time. Most workplaces conduct appraisals for their employees once or twice a year – every 12 months or every six months.
To appraise just means to assess. But we can’t help thinking, you can’t spell appraisal without ‘praise’ (sort of): appraisals should be positive experiences for employees and managers both.

What is discussed in a work appraisal?

Appraisals aren’t just an opportunity to hang out with your employee at Costa.

Although businesses aren’t legally required to conduct appraisals, appraisals can also serve a legal purpose. They are a good legal record of conduct. For example, if – heaven forbid – an employee needs to take an employer to a tribunal, appraisals can serve as vital evidence. They must be as fair, professional and as proper as possible.

Aside from their legal importance, appraisals can be a great way to recognise your employees.

People can be very reticent to praise co-workers who’ve always done a good job. Remember the old adage about the IT department? You won’t notice the work they do until the day that something goes wrong? Don’t assume your employees don’t want feedback – or that they know exactly what you think about them. Good 360 degree feedback is always appreciated. And you might be surprised about who needs to hear it most. 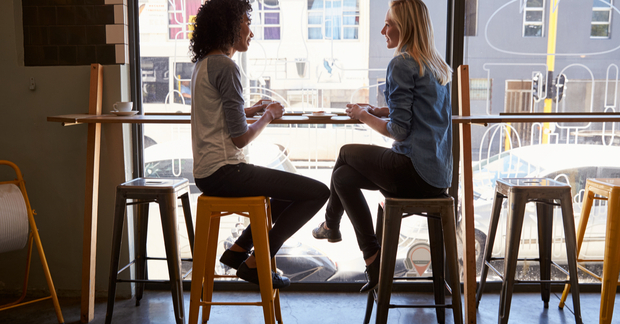 The limitations of appraisals

Despite the opportunities appraisals give for positive feedback, there’s been some debate over the last few years about how useful they actually are. They are time-consuming for managers and employees (all that prep, all that talking – all that coffee!)

Studies have shown that traditional appraisals don’t always necessarily do much for either productivity or morale.

Appraisals can seem dry, even old fashioned. Their forms can be full of repetitive, unimaginative questions that lead to dry answers. (What are your weaknesses? I’m a perfectionist).

According to Forbes, some major employers have ditched appraisals in recent years in favour of more frequent meetings. Some branches of Motorola and Deloitte adopted this approach a couple of years ago, on the bases that appraisals don’t do enough for performance, or for morale.

Should you really only be checking up on your employees every six to 12 months? A lot can happen in a week, let alone half a year. Similarly, your employees shouldn’t be sitting on issues for months just to outpour them at an appraisal.

Companies like the ones above often choose to deliver ‘continuous feedback’ instead of the traditional appraisal.

But this relies on all line managers being on board and delivering good feedback – unprompted by the HR cycle. And continuous feedback might focus on the everyday, and neglect the big picture.

In the end, there’s space for both kinds of meeting. Appraisals give people a real space to talk, and real opportunities to talk about wider issues beyond their day-to-day grind. But they can’t, and shouldn’t, replace regular, open communication within your team.

What form should appraisals take?

So, with the importance of appraisals clear, how do you best go about one?

Appraisals usually happen every 12 months or every six months. You might have a main appraisal at the end of the year, with an ‘interim appraisal’ approximately half way through the year, to see if people are on track for their end of year targets. 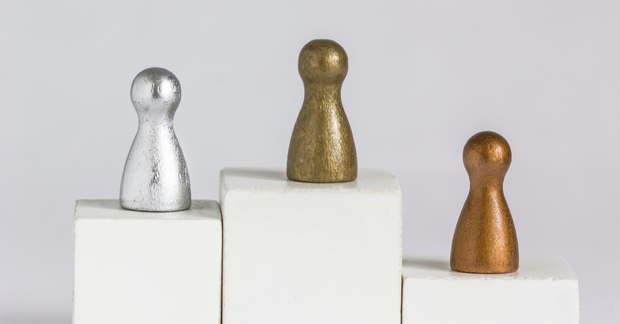 What must they contain?

Since there’s no legal requirement for appraisals, companies can choose how they look. But most settle on a similar approach. Appraisals are usually a heady mix of written documents, feedback and discussion. They require a bit of preparation, and the appraisal meeting itself should last at least an hour.

How to survive your workplace appraisal

In an inconspicuous folder on my work desktop, you’ll find a small Word file called ‘good bits’. It’s a small record of events at work that went well this year. There are screenshots from presentations and reports where the graphs have upward trajectories. There are soundbites from other teams, and links to my better pieces of work.

All in all, it amounts to a small shrine to me. But it’s not there to deliver an ego boost. Well, not just there for that. It has a purpose: it’s so I don’t forget anything important in my appraisal. 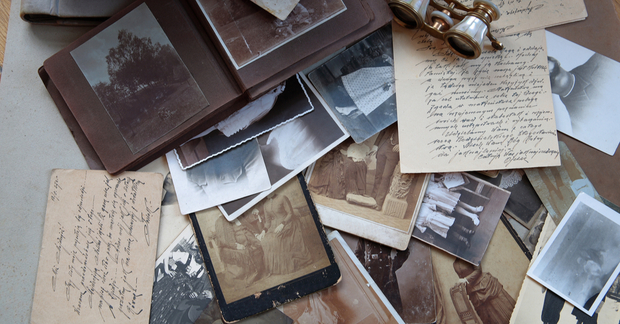 Prep is everything on both sides of an appraisal. Employees should be ready with examples of the times they’ve ruled the roost – and strategic HRM professionals should be prepared with their own examples too. Quantifiable examples are better: ‘I increased sales by 17%’ is easier to agree on than ‘I improved team morale’ – which someone could contest, if they wanted to.

If your employees are nervous about appraisals, it’s worth telling them: There shouldn’t be any big surprises in an appraisal. No boss is going to drop a bomb of blame on their team. In a good workplace, everyone will already know their strengths, weaknesses, what’s gone wrong and what’s gone right. The appraisal should go over old ground in new detail, not blow the case wide open.

How to conduct an appraisal

According to acas (The government’s Advisory, Conciliation and Arbitration Service), which has published a guide to appraisals, ‘Managers should put employees at ease by beginning their interviews with fairly casual, routine remarks’ – we’ll leave these to your imagination.

Now, assuming you’ve bought your employee the hot drink of their choosing, and secured a quiet corner of your favourite coffee chain, you can start the discussion. Allow your employee to speak first, before giving your opinion.

During appraisals, it’s important to look forward, as well as back. As fun as it can be to dwell on past successes, don’t forget that appraisals should also ask: ‘what do you want to work on next?’ ‘what objectives will you set yourself for the next six months?’ ‘where do you see yourself in five years’ time?’ Appraisals might sound like job interviews… But consider this: it’s a job interview for a job you’ve already filled. No one gets fired during an appraisal. 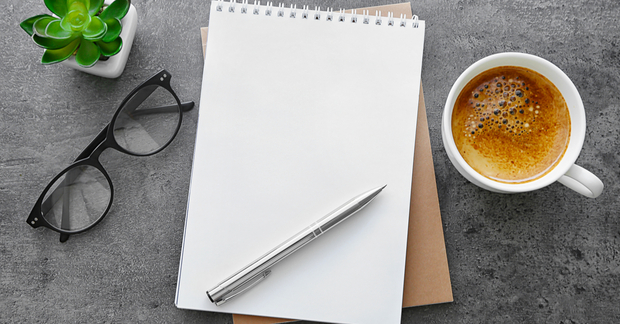 Your employees will hopefully leave their appraisal with a plan, optimistic that they will improve – and that they have the steps and tools there to help them along the way.

Appraisals are usually a great time to talk about upcoming opportunities for promotion and pay.

Some people set a lot in store in appraisals, but it’s worth noting that appraisals shouldn’t be the only time employees feel they can ask for a pay review.

Should you be comparing employees against each other?

When the Harvard Business Review investigated why Americans were so unhappy with their appraisals in 2016, they discovered that people disliked being compared to their colleagues. It’s must less destructive to office morale if, instead of comparing employees to each other, you compare them to their past selves.

Interestingly, according to the HBR it’s also perceived as a fairer way to do things.  If two colleagues and improving, but colleague 1 is improving at a faster rate than colleague 2, then comparing them will make colleague two look bad, even though they are in fact making important progress themselves.

What do you need to after an appraisal?

Appraisals should be a good thing, validating for your employees, and run smoothly for your team. 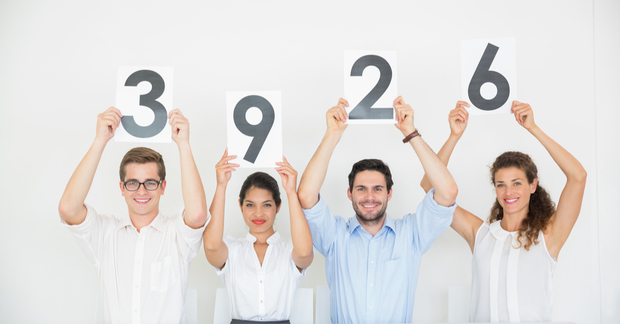 What not to discuss in an appraisal

Avoid these hiccups, and you’ll be navigating all that form-filling with ease:

And there you have it! A watertight scheme of your own making, that helps you keep track of employee progress in a fair, transparent and easy way.

It seems fitting to end on an encouraging song.

In the immortal (and approximate) words of Fatboy Slim: I have to celebrate you, baby, I have to appraise you like I should.