What does it mean to have perks? 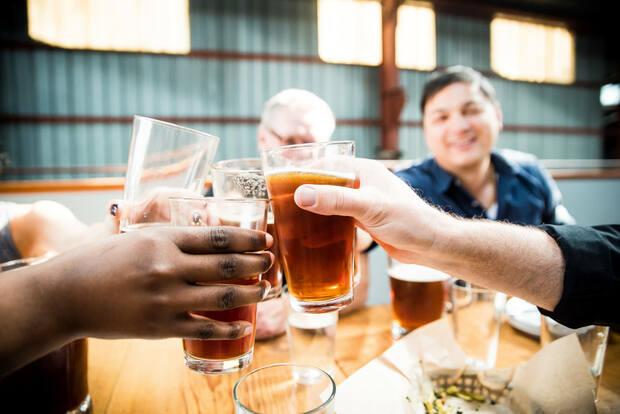 From the first pension plans in the 1800s to office saunas, perks have really changed over the years and, in turn, so has their meaning.

Tea and coffee. A staple part of office life. An activity that governs breaks and delayed meetings, invites distraction and peps you up when you have a slump, but what if we told you that the humble hot drink is, in fact, a perk?

Shocking, eh? Warm beverages are so entrenched in office life that we would be pretty miffed if they weren’t there any more, but what if we said they didn’t have to be? That the leaders of your business aren’t obligated to put them there?

Over 48% of employees still don’t have free tea and coffee in their office. There's a range of reasons why some offices don't offer this perk, but it seems farfetched that you could step into a new place of work and not see a kettle in the kitchen, but what if you walked in and didn't see slides, scooters and swimming pools?

You probably wouldn't care too much, but you'd feel pretty giddy if they were there, right?

Different perks mean different things to employees and businesses nowadays. The introduction, popularity and now demand of these quirkier perks has changed our perception of what perks actually mean, shifting mindsets from a privileged place to that of expectation. 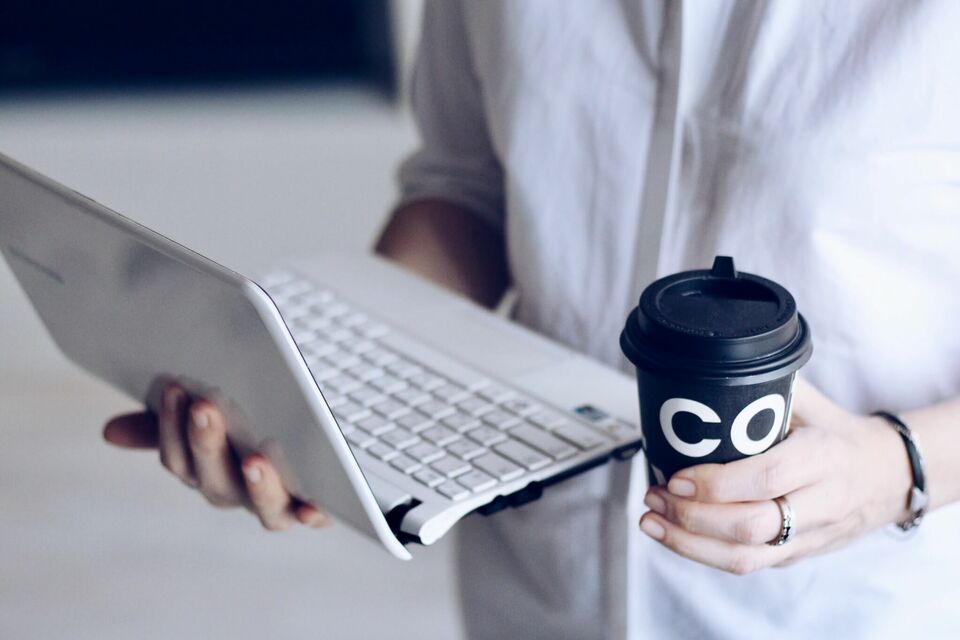 “And what can you offer me?”

It has become customary during interviews for the interviewer to slide into the ‘perks portion’ of the discussion, with a scripted speech starting something like, 'and I’m sure you’re wondering what else we offer here, well...’

Candidates have begun to request something more than just a job offer, deciding that to really be hooked (and caught) by a role, the company needs to up the ante and seal the deal with some sweet incentives.

As soon as companies like Google, Facebook and Airbnb starting offering things like birthdays off, free food and wine clubs, perks beyond pension schemes and healthcare became an expected part of working life as well as a ploy to draw in the best talent instead of the added bonuses they once were.

But how did we get here? How have we gone from milk and two sugars to Bacon Thursdays and Prosecco on tap?

Here, we look at the real meaning of perks.

What is a perk?

The literal definition of a perk provided by good old Cambridge dictionary is ‘something extra that you are given because of your job’.

Synonyms of perks include a fringe benefit, bonus, advantage, extra.

But what do all these words have in common?

They describe perks as something that is not a given. Basically, they do not mean ‘essential’, which is arguably what some would describe tea and coffee in an office to be.

Technically, then, is a perk is anything that is a benefit to the worker or the business?

The jury is out. 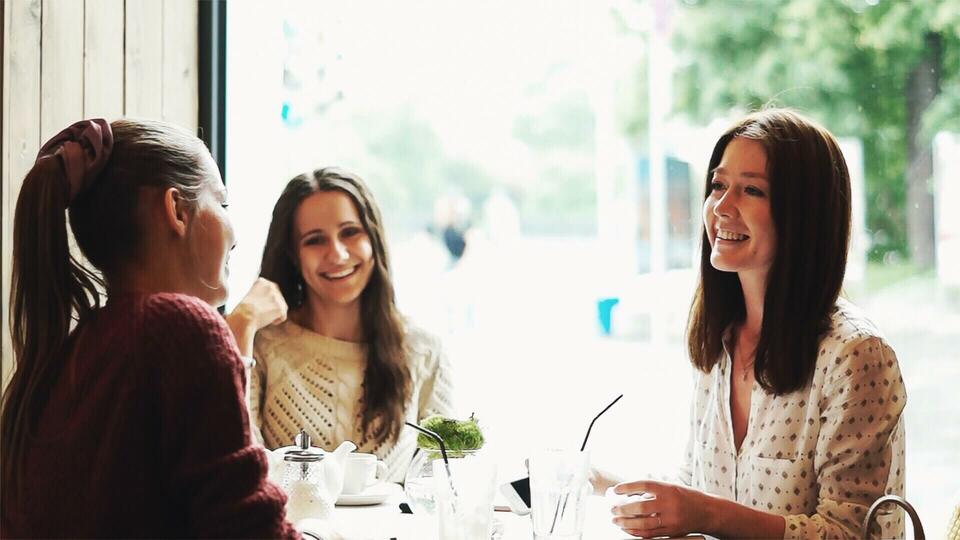 What is the difference between a benefit or perk at work?

These words mean the same thing, no? Technically yes, however, employee benefits are often thought of as types of non-wage compensation, whereas employee perks are a more colloquial term and are considered more discretionary than benefits.

Perks are therefore anything superfluous offered on top of the above.

How have office perks developed over time?

There’s many a wives tale about where the first perk was founded. Historians will argue that it all began in 1875 with the first version of the pension scheme, while modernists will debate that the perks we consider to be so today started in Silicon Valley, which then opens up a whole new can of worms.

Some say Hewlett-Packard kicked off the craze, introducing doughnuts in the morning and beer at the end of the week, whereas others say it was Google, who created a veritable workplace wonderland with swimming pools, gyms and cafes.

This divide in itself reiterates the above point that perks can be separated into two definitions - the core perks which have been around a lot longer and the wacky perks, which are more contemporary, stylish if you will, and incorporate modern technologies, our easy access to travel and the new need to make the most out of a person's time at work.

Pensions, for example, are now an expectation, but a swimming pool is a privilege, however, this could be a result of the length of time each one has been available as a perk.

Does this mean then that in 100 or so years an office swimming pool could be just as second nature as pensions? Or are these eccentric incentives merely a trend that will plateau and only the best/more attainable perks will stick around after the initial road testing?

If the last twenty years are anything to go by, the new meaning of perks is one that is likely to stick around. 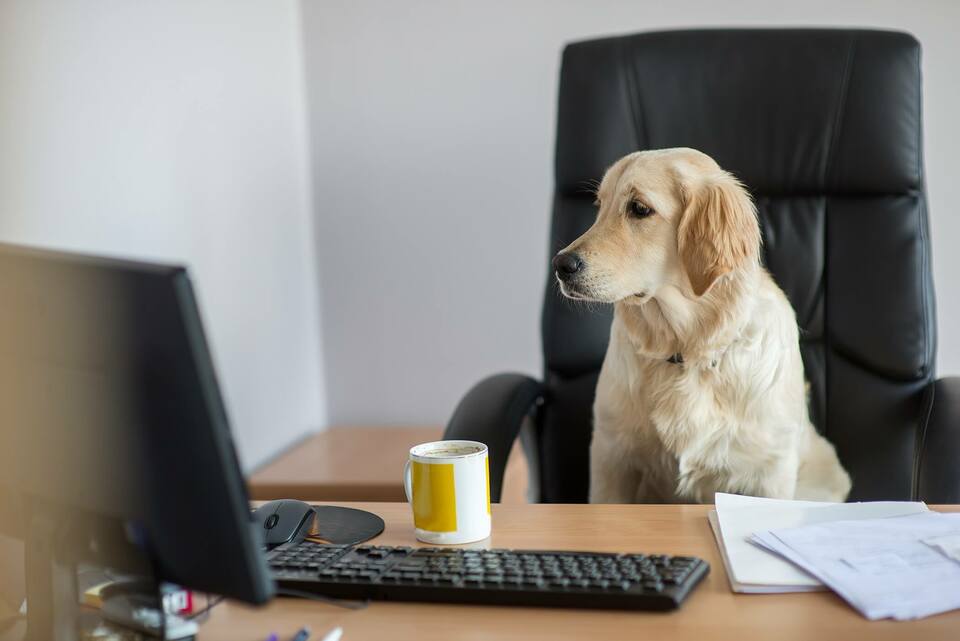 Why do perks exist?

It's all very well and good having perks, but why would anyone want to introduce them to their company? To understand the meaning of perks, we must look at why they exist. By offering the perks employees want, a company can:

This list proves that benefits benefit (sorry) the employees and company alike. Let's look at what they mean to both parties in their entirety.

What benefits do perks have for employees?

The meaning of perks is slightly more crucial for the employee. They are, after all, the ones who will be reaping the benefits. For the employee, perks mean a broader range of skills and for the savvy people amongst your workforce, they'll use the employee discounts and activities you offer to make the most out of their time at the company.

Through team building and group activities, employees should begin to actually become friends with those they work with, not just those who are in close proximity, like team members and desk buddies. Strong work connections have a key correlation with workplace retention. Building a network gives employees a dual support system, one that can help them in their work and personal life. Those of us who have been lucky enough to go to work with our best friends know how good this feels, so much so that work doesn't feel like work at all.

Perks can also be a great way to reward employees. Through an employee recognition scheme, companies have found that introducing a little friendly competition through polls not only identifies star employees, but highlights achievements that are often overlooked and champions them. This undoubtedly makes employees feel appreciated and will endeavour to do more for the business, especially if they lost out to someone. This means employee recognition benefits both the employee and the business. 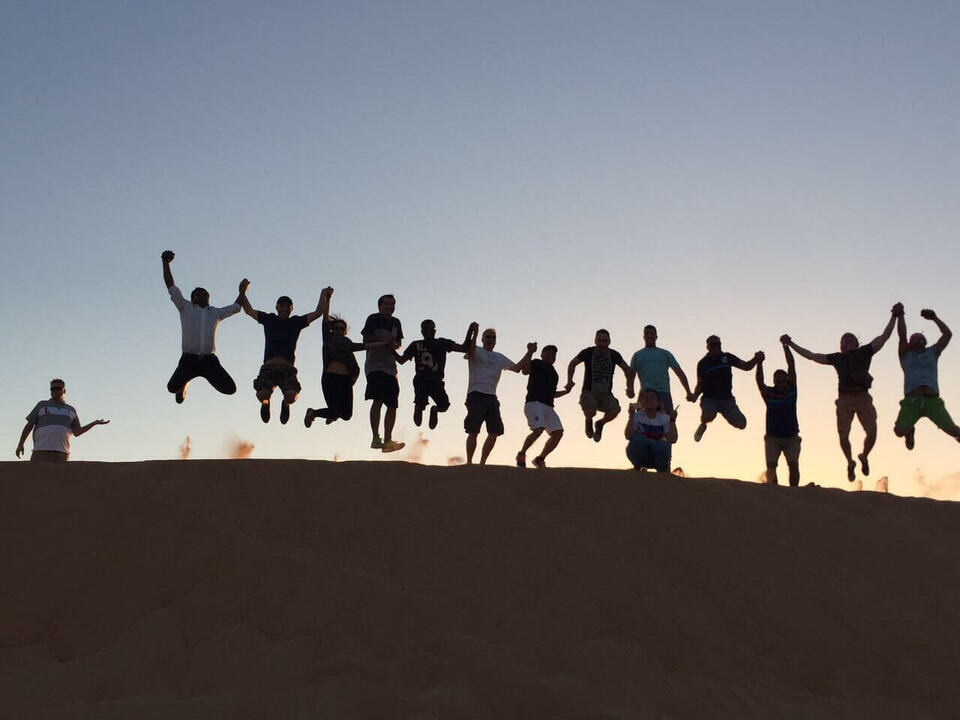 Why would a company offer perks?

Feedback is a key feature when looking at how perks benefit the business. By asking employees how engagement can be improved, employees not only feel closer to the business by being given a voice, but the business is able to gain valuable insight into the organisation's strengths and weaknesses straight from those who keep it running.

An insights platform is a great way to showcase this, with features like confidential messaging, surveys and benchmarking making it easy. The worst thing a company can do is shy away from feedback. Ignoring negative comments will only drive company motivation and morale further into the ground. It's better to tackle what employees are saying head on and constructively consider how to create actionable change.

When benefits took off and leaders realised the sky was the limit in terms of what they could offer their employees it was found that perks could be catered to strike a balance between work and life, enhancing both the worker's optimum potential and creating a happier and healthier life for an organisation's members. After all, 49% of employees said they’d be happier at work when offered perks.

But as businesses began investing more into benefits and offering incentives that would better employees like education and travel, leaders began to see a return on their investment, with employees not only appearing happier but more fulfilled by bringing their experiences into their work.

Pros and cons of perks

There are many pros to having perks and very little cons. In this sense, the meaning of perks for a lot of businesses is the prospect of switching from a stagnant workplace to a better business. It's effectively a chance to revamp a company without having to completely rejig the structure. Perks are easy to introduce, especially when partner with a company who will handle an employee benefits package for you. 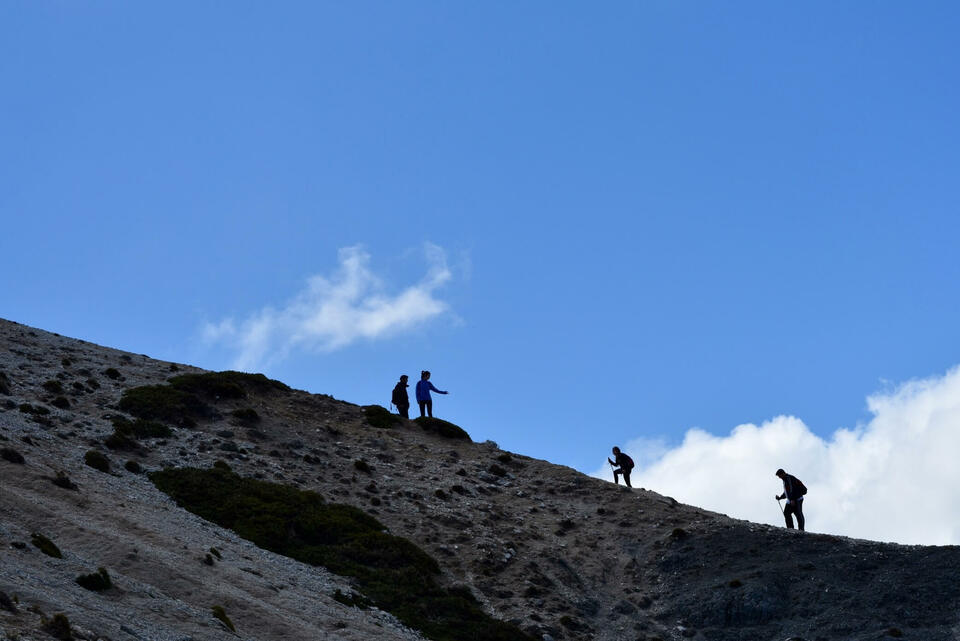 Here are some benefits that different type of perks can offer:

Depending on the average demographic of your business, what type of work your company achieves, how you want your organisation to be portrayed and your budget, you can pick and choose the perks that would benefit your company best.

Where culture was once rarely thought about beyond what work was being done and how employees interacted, perks have added another layer of freedom into the cultural mix, enhancing how leaders bring the company’s visions and values to life.

It is this notion that has made the selection of the perks you offer a careful extension of your ethos. 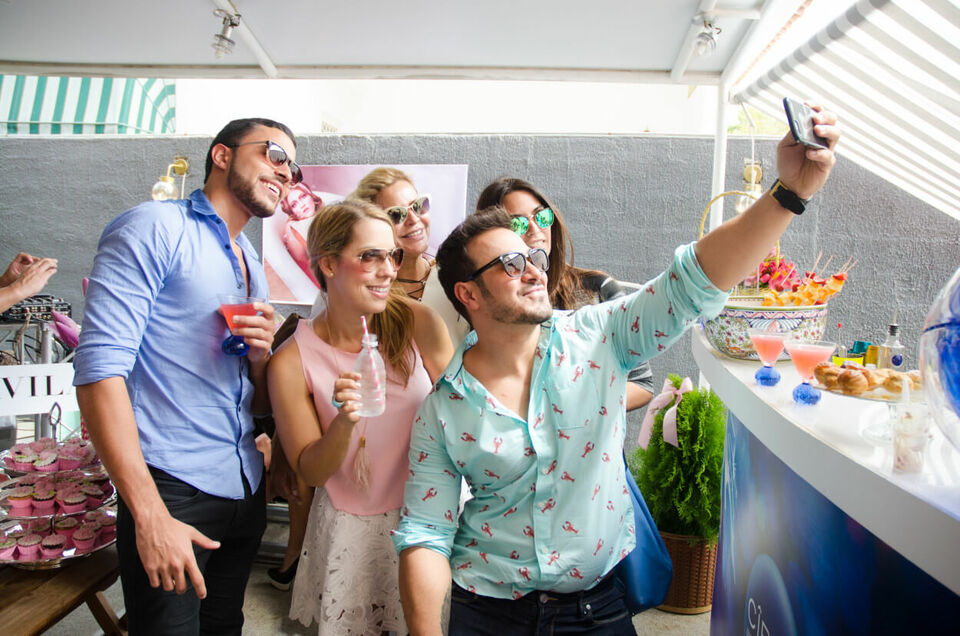 The most popular perk is...

Out of all the perks on offer, there is one, in particular, that means the most to people. According to The Great Perk Search, an original piece of research carried out by Perkbox, what employee's value above all else is access to extracurricular activities.

Although it seems surprising at first, when you think about it, it does make sense. For a lot of people, work is their life and they don’t engage in much outside of work. Activities like sports, book clubs, pottery classes and yoga seem to stop after a certain age - but people are still craving the extracurricular contact and human interaction. So, a great way for companies to incentivise their teams is to offer extracurricular activities at cheaper costs for their employees.

The future of perks at work

It’s often debated whether perks are going a step too far. The younger generation will arrive into work expecting a plethora of benefits to be offered only to be crashed back to earth like an expectation vs. reality meme if what they were hoping for isn't there.

It’s been discussed that companies competing to be the best perk providers is raising the bar too high, so that not only are smaller businesses struggling to keep enough budget aside for the perks needed to retain a good level of staff, but that the standard of perks is becoming a bit on the ridiculous side. Organisations are beginning to put a cap on the physical perks and are instead stepping back to think about what their perks really mean to them.

Too many perks surely won't be used by all employees all of the time and will eat into your budget for no reason, while too few perks will not draw in new talent or keep current employees excited. Therefore, it's crucial to execute the Goldilocks of perks, with logical options and consistent reviews of the perks being dished out. 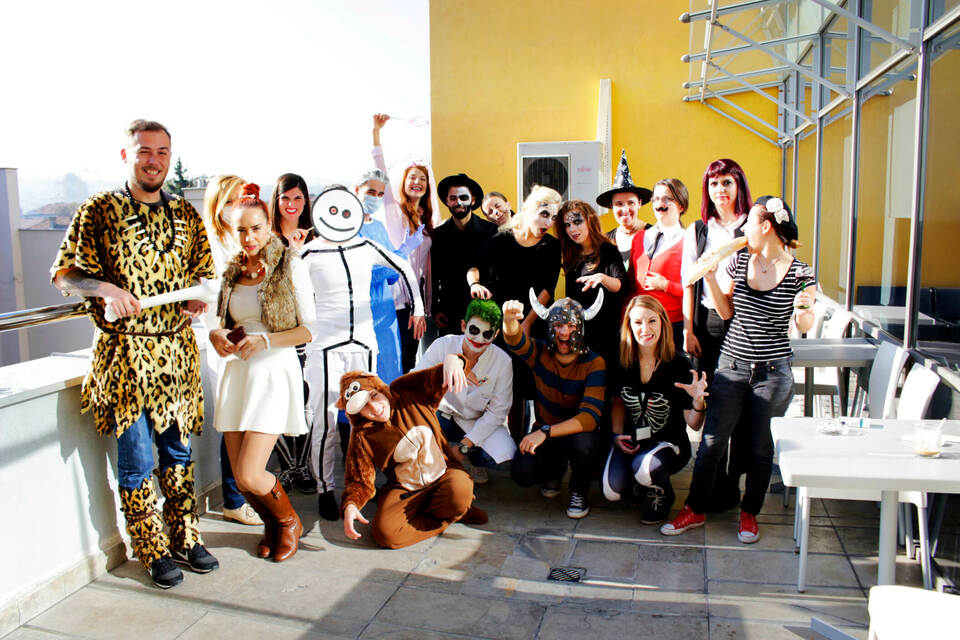 Since the dawn of perks, companies have seen how giving back to their employees can enhance their business and culture for the better. While the spike in silly perks might have peaked, the concept of perks has really come full circle, with companies offering a rounded and well-thought-out selection of the best perks to reflect their organisation and ultimately keep employees perky. If you're interested in creating an employee benefits scheme, check out our list of top-notch employee benefits providers.