Should you allow dogs in the office? 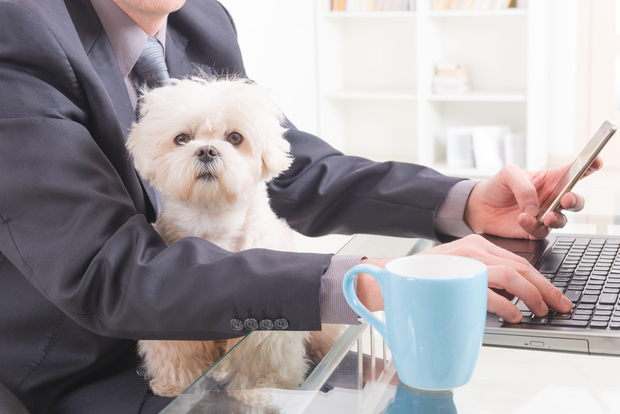 In the last five years, the discussion around allowing dogs in the office has gotten louder and made more press than ever before.

It’s even made it on the 101 Dalmatian’s twilight bark (probably):

Nowadays, we venerate internet animals above all other forms of news. Dogs have celebrity statuses to rival that of… oooh – Zendaya (who is Zendaya?) See: Mark Jacob’s dog, Neville or Karl Lagerfield’s cat, Choupette each with a hundred times more social media followers than us.

Are dogs in the office just a fad? We hope not.

Instead, see them as part of a rising trend in improving working environments (in which Perkbox also participates), and the merging of our work and home lives.
Just as breastfeeding in office hours is getting easier, bringing life, and its creatures great and small into work is becoming easier, too.

8% of workers are allowed to bring their dog into the office.

Why would you have dogs in the office?

Trust rose after they have interacted with a dog, perhaps because dogs put so much trust in us. If someone you’ve barely met brings a dog in, it’s like they’ve put on a friendly face – and suddenly, you want to stop and say hello. It’s the bond that dog walkers share in the park; a whole new lexicon of small talk opening channels of communication between departments.

Dogs, after the novelty has worn off, are not so much of a distraction as a morale boost. 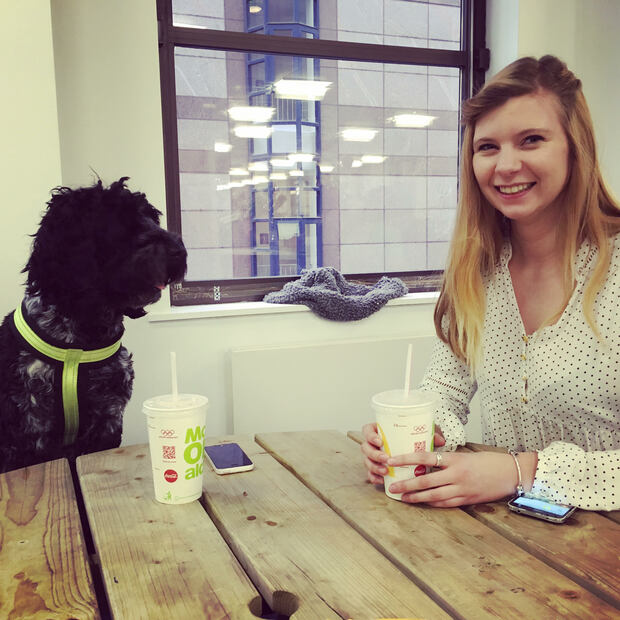 Does having dogs in the office benefit the dogs?

What do dogs have to say about this?

Well, if you watch The Secret Lives of Pets on Channel 5 (who doesn’t?) you’ll know how crazy bored dogs get alone at home. It depends on the breed, but calm, friendly dogs do well in offices. American site petbreeds.com, even recommends a Newfoundland (massive bear dogs) as the 4th best dog breed for offices. Slightly dubious advice. Golden Retrievers (large, confusingly attractive, blonde bear dogs) come in at number two. Safe to say that, just like there are some people who aren’t ready for office life, some dogs won’t fare well.

What are the downsides of having dogs at work?

In smaller offices, it’s often the senior members of staff that establish the dog precedent. A friend of ours has a boss who brings his dog in. Since it’s not a great idea to have too many or even more than one dog in a room at a time, other staff may then not get a look in. Plus, if your boss’s dog behaves badly, what do you do?

Shedding, worms and fleas are all real concerns, as are ‘accidents’.

The very faddiness of it all, as noted by the Telegraph, might make you think twice about tolerating office dogs. We could be at peak ‘crazy dog lady’- they dominate our culture far too much. At some point you may have to ask whether we treat dogs too much like humans – to the point of weirdness. Is it healthy to infantilize and treat dogs like small children? If you dote on them too much, ask, would you bring a child into a workplace? Only dogs that get treated like dogs should be office members.

How do you make your office dog-friendly?

The RSPCA has a thorough 18-point checklist for bringing your dog in, including making sure they aren’t trip hazards (The quick, rushed co-worker jumps over the lazy dog) and that they are always supervised.

Larger companies, such as Nestle who introduced dogs last year, give dogs a probation, a passport and insist on worm and flea checks – more tests than the average colleague has!

In large companies there are a few hoops to jump through to make dogs welcome in the office – from insurance to installing baby gates and establishing neutral zones (different from neutered zones) for colleagues who want to remain hair free.

In our experience the workplaces that allow dogs are smaller, trendier, more casual affairs.

“It makes the atmosphere warmer and more relaxed… gives an opportunity for stress release,” says one co-worker.
Oh, and this happened: 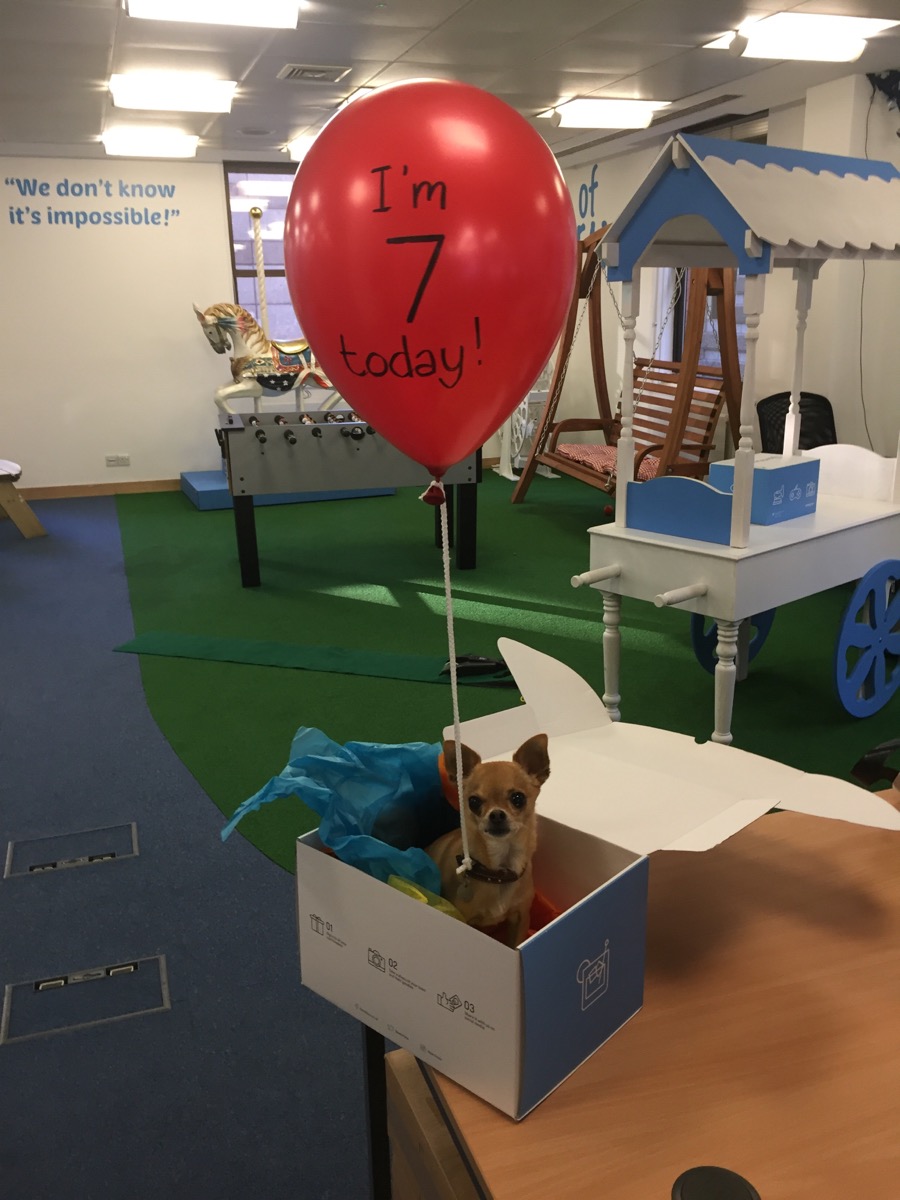