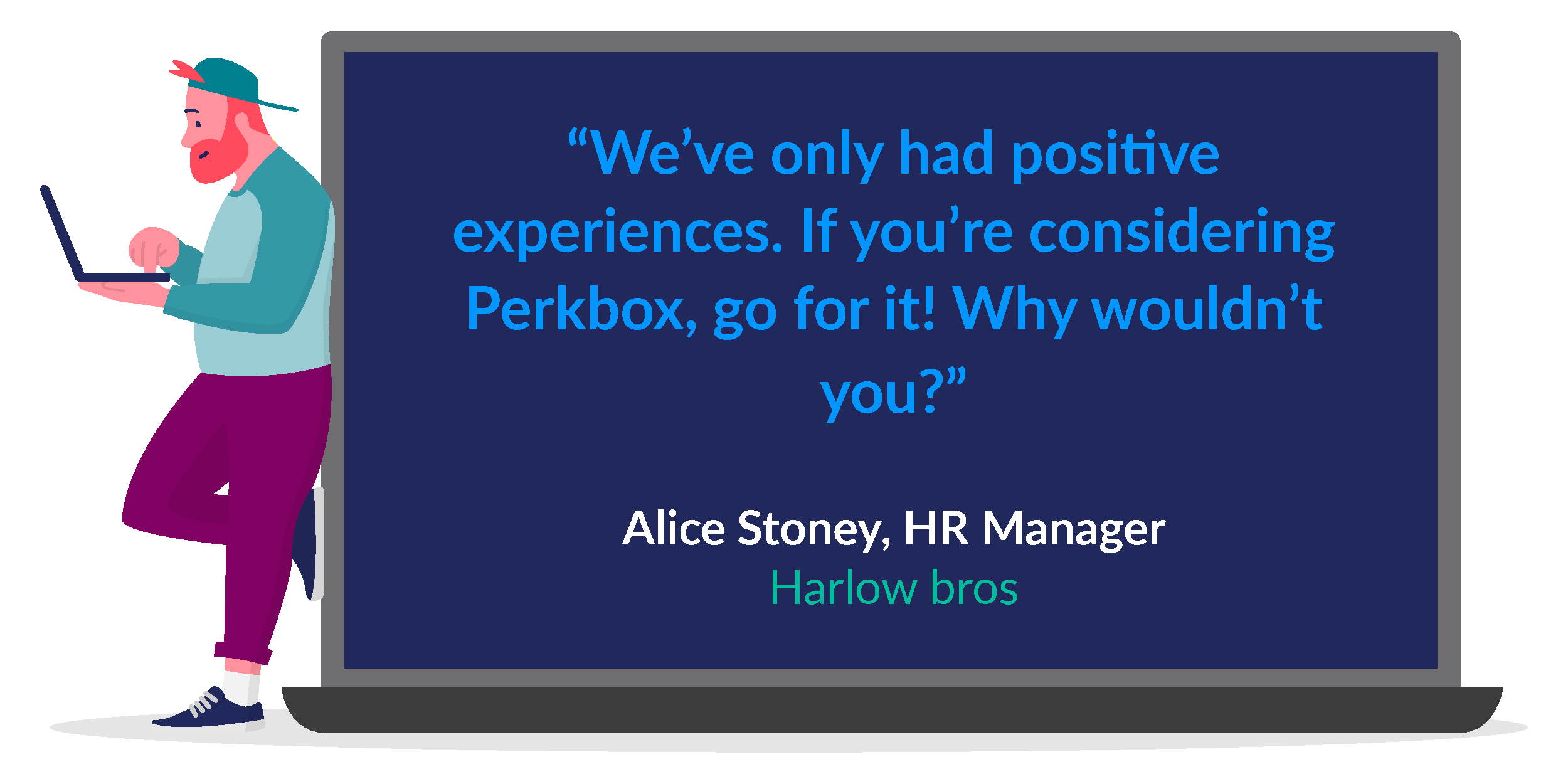 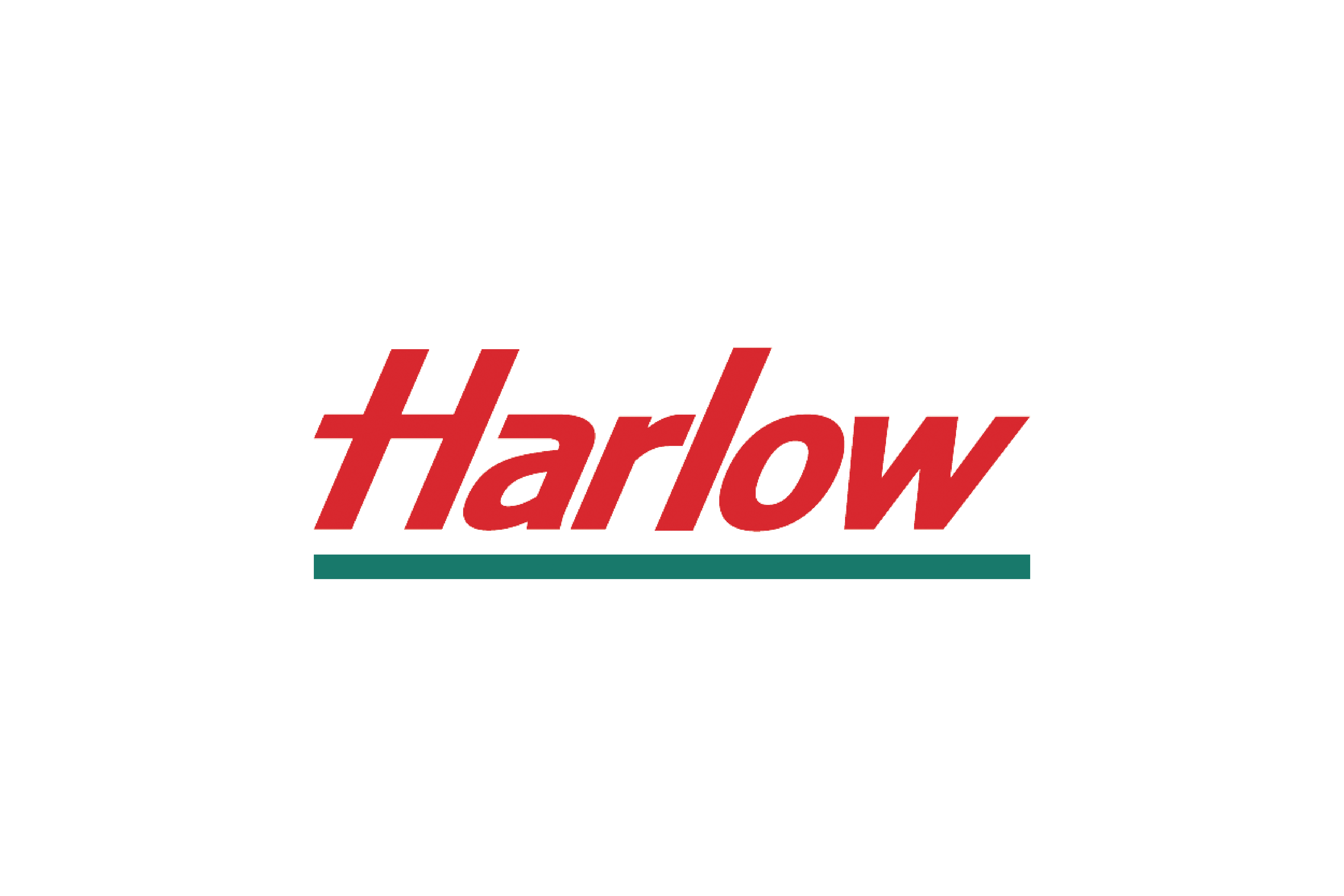 Harlow’s is a family-owned business with more than 90 years of experience as a timber merchant.

But if family businesses are supposed to be reluctant to embrace cultural change, nobody told Harlow. They’re in the middle of a company-wide shake-up to challenge the traditional employee/employer relationship. They’re going beyond a pay-cheque and making a real difference to the lives of the people who work for them.

That willingness to embrace change and evolve to meet the changing demands of customers and employees has allowed Harlow’s to stay competitive in the face of competition. As more recognisable brands have moved into the area, they’ve continued to attract fresh talent and retain their existing workforce by offering more than just a big name.

13 sites across the Midlands and East Anglia

Within 10 months of launching Perkbox:

When you’ve been in business for 90 years, you’re bound to see some changes in the marketplace. For Harlow’s, that means some new neighbours.

So how did Harlow’s convince potential employees to join their family-run business over these global brands?

Harlow’s needed to do something to stand out from the crowd, and that meant changing how they thought about remuneration. Pay alone wasn’t going to cut it against the corporate giants.

They decided to roll out an employee benefits scheme, providing all Harlow’s staff with a range of free perks and discounts. By providing their employees with discounts in the places they spend money the most, they could match the value of their competitors without competing solely on wages.

Alice Stoney, HR Manager added, “We’re a family-run business trying to stand out. Employee attraction and retention can be difficult when you’re not a big brand name.”

They chose Perkbox because of its brand recognition. Having a benefits scheme that people already know about makes all the difference when competing for talent.

After rolling out Perkbox to the team, Harlow’s made it a core part of their recruitment process. They’ve looped in recruiters and included perks in their job ads, so it’s easy for candidates to see how they compare against the competition.

They also mention their benefits offering in every job interview, emphasising the people-first culture they’re building. It’s helped them make a more positive first impression with potential new employees, who are then more likely to accept an offer from the company.

Harlow’s also plan to refresh their induction process, incorporating some Perkbox training for new recruits. A recap at three and six months helps ensure everyone is getting the most from their benefits.

A place worth staying

It’s not just harder to attract employees when you’ve got huge corporations on your doorstep. Bigger companies can pose a threat to your retention rates too. But when you work for a massive business, it’s easy to feel lost and unappreciated.

Harlow’s wanted to play to their strengths – they think of their employees as part of the family. The challenge was making sure everyone else felt the same way.

For Harlow’s, creating that employee-first culture meant delivering real value to their people.

“Pay rises don’t always add up to much – we needed something further reaching,” says Neil Sabey, Director. As a company, they understood that pay reviews don’t often put much more money into an employee’s pocket.

Perkbox’s mix of discounts and freebies really stood out from the crowd. “Perkbox makes quite a difference,” says Simon Fox, Operations Manager. “We love the focus on everyday shops and brands.”

That was important for Harlow’s – these changes were aimed squarely at the grassroots, not management. Saving people money in the places they already shop was a big selling point too. And the freebies were the icing on the cake, helping the team do more with their days off.

It was a big cultural change and a leap of faith for the company, but management agreed to the proposal. “We can’t overestimate the value of them saying yes to Perkbox,” says Alice. It can be difficult for some companies to shift their mindset from a transactional ‘you work, we pay’ employee/employer relationship, but Harlow’s embraced innovation.

Harlow’s made Perkbox a key part of their cultural change. They have a very diverse workforce, so it was important to get the word out and make sure everyone was bought into the journey.

“Some of the team are less techy,” says Neil, “We helped everyone set up their accounts and kept them up to date about the latest perks.”

The company really went above and beyond. Internal emails kept everyone in the loop, posters were put up around the business and regular reports were sent to managers showing how many people had activated their accounts. The result? Lots of buzz about Perkbox.

By taking such a hands-on approach, Harlow’s have seen a stunning 91.5% activation rate in just ten months, as well as £29,919 in savings made by employees and 4,477 perks redeemed.

Harlow’s have already come a long way on their cultural journey. Employees love their new perks and the positive buzz is infectious. Even the directors are getting involved!

Not long ago, Harlow’s were looking for a way to stand out from the competition. Now, they’re holding their own with a proposition that goes above and beyond when it comes to value.

They’ve proven that brand recognition is no match for culture. They’ve turned their heritage into a unique strength. After all, who wants to be just another employee when you can be part of the family?

“Perkbox makes quite a difference. We love the focus on everyday shops and brands.” 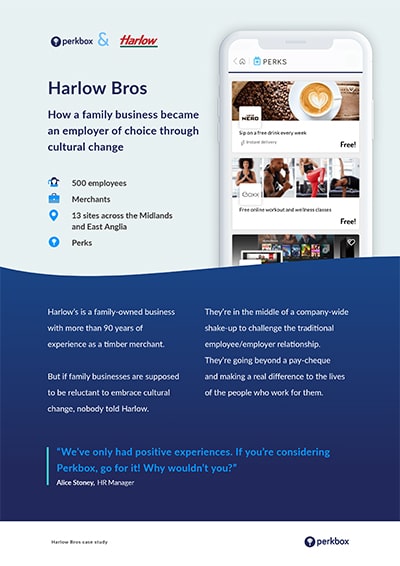 Reducing staff turnover by 11% with Perkbox